This year marks the 150th anniversary of the San Francisco Fire Department, and in honor of that milestone the SF Public Library decided to look back at the department's first official photographer: Chet Born. Fortunately for history lovers, this happens to coincide with the recent release of the Chester Born Papers — a collection of photographs, slides, documents, and various papers from the photographer that was donated to the library by Born's daughter.

Growing up in the Sunset during the 1920s and 30s, Born reportedly demonstrated his interest in firefighting and photography early. As a student he would go to the scenes of fires to document SFFD's effort, and he even noted in his high school yearbook that he wanted to be fire chief.

He joined the SFFD in 1943, and was designated the department's first official full-time photographer in 1955 after an injury. "As Photo No. 1  and the inception of SFFD's photographic unit  Born was responsible for photographing and filming Department activities," the library tells us. "Born received numerous national and international awards of excellence for his photography and films which made him a premiere and noted fire photographer. Born was active in presenting many public relations presentations with his color slides throughout the community."

And Born was busy, documenting over 700 incidents a year by the 1960s. This work was not without danger — he was injured over 50 times in "fires and explosions" according to the library.

Unfortunately the full Chet Born papers are not available online, however the library has posted some of his photos. They depict burning buildings, and firefighters working to extinguish flames. Interestingly, the library tells us, a bunch of his work captured violations of the fire code and unsafe conditions — stuff that could potentially or did actually lead to blazes. "In addition to recording fires, 'Photo No. 1' had other duties: Born’s photos of potentially hazardous conditions aided the Fire Prevention Bureau in their efforts to enforce fire codes; photos of rescues and accidents aided the Division of Training in their instruction of new firefighters; his work assisted Arson Inspectors in determining causes of fires." 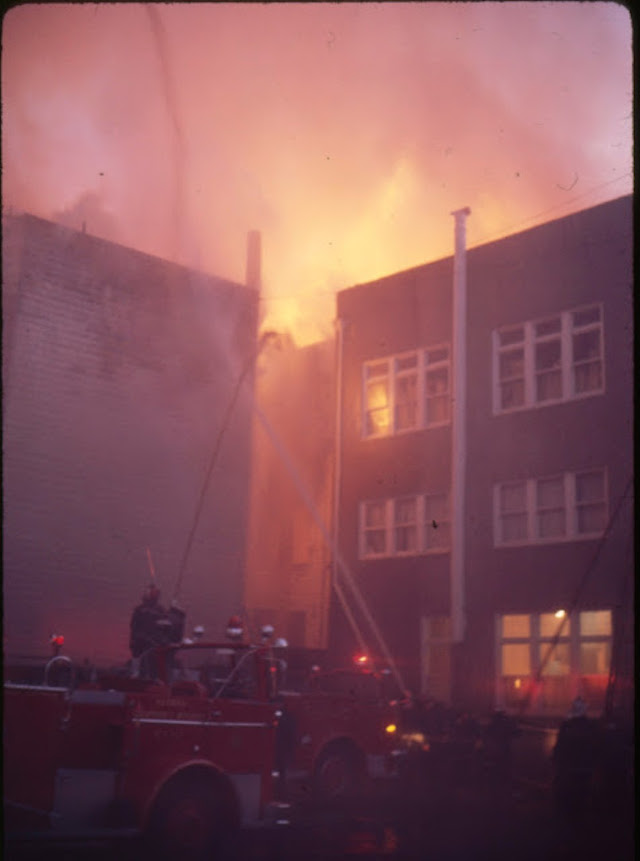 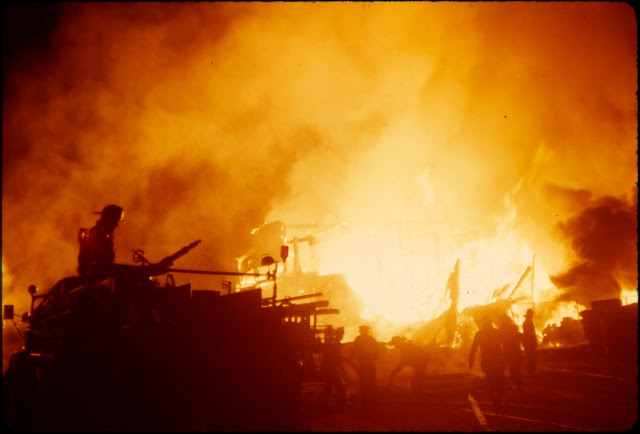 Photo by Chet Born (circa 1965) via the San Francisco Public Library. 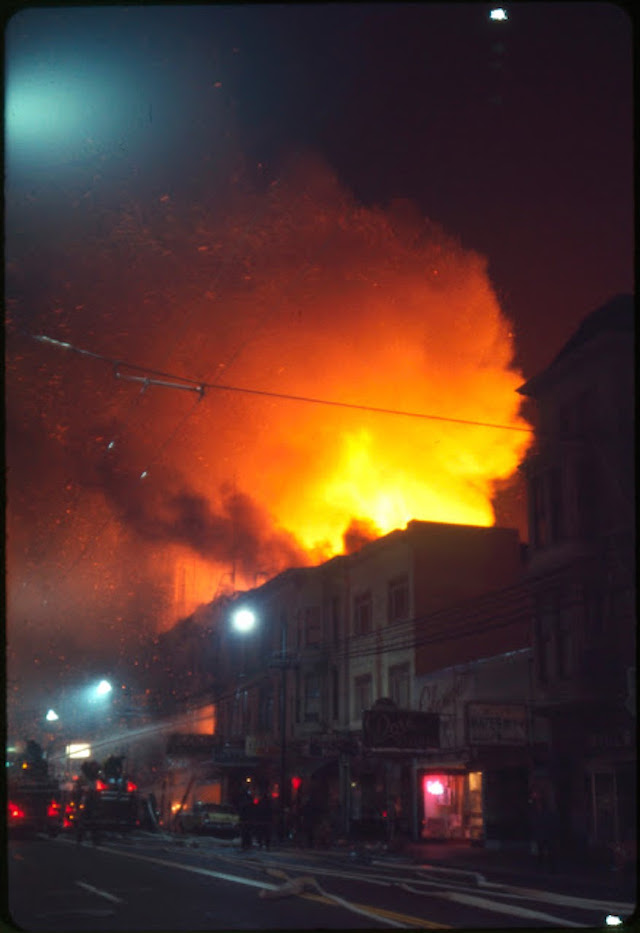 Photo by Chet Born (circa 1967) via the San Francisco Public Library.

Photo by Chet Born (1964) via the San Francisco Public Library.

As a longtime San Francisco politics writer, Joe Eskanazi knows where the bodies are buried... or, as the case may be, not buried at all. That's what appears to be the trouble with

Shotgun Players opened their ambitious 25th anniversary season this spring with a decidedly ambitious approach to Hamlet  seven actors have their names randomly drawn each night, each having memorized most of the show's