In one of Google's routine efforts to convince you that it's a fun, cute, and zany company full of doodles and delights, not a massive terrifying monolith that knows everything about you and can strike you dead where you stand, they've launched "Google Frightgeist." A project of GoogleTrends, not only will the platform tell you what costume searches are trending (nationally, the "1980s" is #44 at publication time, making all those times my mom told me I was "dressed like you're wearing a halloween costume" when I was in high school feel all too accurate), if you click on their "costume wizard" and set your spookiness and uniqueness levels, it will tell you what costume you should don this October 31.

In the service of journalism, I asked my colleagues at SFist to see what Google thought they should be. The answers will surprise you! (They will not actually surprise you.) What did you get?

Contributing Editor Jack Morse: Minecraft Steve
According to the Minecraft wiki, Steve "is the character that can be controlled," which is funny because Jack cannot be controlled in the slightest. Jack seemed disappointed by Google's choice for him, saying that "I saw someone with the Minecraft costume in 2013, and even then it felt kinda played out." Indeed: The above Flickr photo of a Steve costume is from 2011, making this a positively retro choice.

And if its staleness wasn't enough, Jack says that "assuming a blockhead mask is required, it violates two of my three Halloween costume principles: 1) have to have hands and mouth free (no claws, no mask) for ease of cocktail sipping, and 2) can't have something that will be ruined by dancing (usually that means makeup that will sweat off, but in this case it would just make me overheat)." 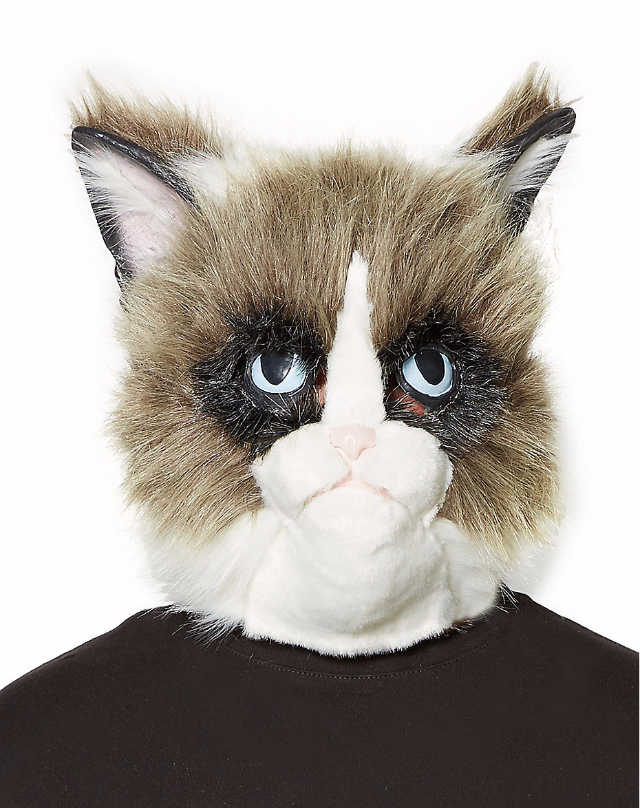 Assistant Editor Caleb Pershan: Grumpy Cat
"I got Grumpy Cat," Caleb says, "which is convenient because I won't need to go out and get a costume." Too bad, because this Spirit Halloween one is pretty insane, in that thing-you-see-as-you-walk-past-a-room-in-the-Overlook way.

"Celebrating." Sure you are.


...but, still, not great, Google. And apparently the web giant considers Jenner "70 percent spooky," as these are the dial settings Caleb had when he was given this troubling recommendation.

Maybe we need to update our 20 Halloween Costumes To Avoid At All Costs post for Google's benefit? 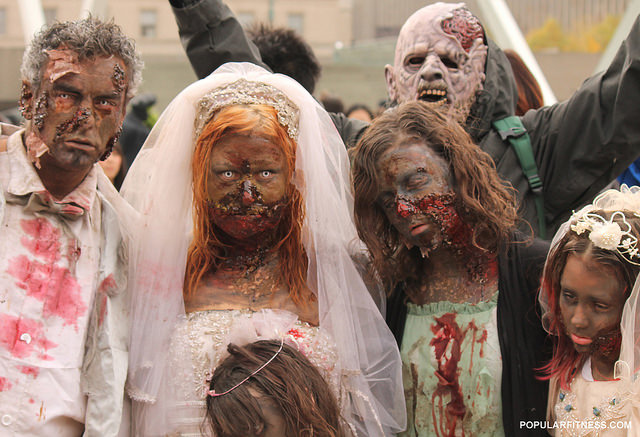 Editor In Chief Jay Barmann: Zombie Bride
"Don't you think you should do something different this year?" Caleb shot when Jay announced his designation, so if Caleb gets fired this week you know why. "I had started with 'modern' and spookiness level 65 percent and got X-Men, which I dislike," Jay says, "so I rejiggered and went classic at 90 percent."

Like Prince's mother, Jay remains unsatisfied. But both Caleb and Jay's second, shittier choices seem to prove that Google punishes you if you don't go with their first choice. Guess I'm stuck with whatever it gives me. Wish me luck!

Related: What's Your Uber Passenger Rating? (Here Are Ours)

This Grumpy Cat mask is an actual thing you (or Caleb) can buy at Spirit Halloween, I guess.

As the backlash against prominent Donald Trump supporter and Facebook board member Peter Thiel continues to grow, Facebook CEO Mark Zuckerberg has come out in support of the controversial Libertarian — suggesting that not

—
Here's What Google Said SFist Should Be For Halloween
Share this