Serious FOMO trigger warning: If you weren't at the Chapel last night for Conan Mockasin's sold-out show, you missed not only that weirdo doing his crazy thing, but also surprise appearances by fellow hipsters Mac DeMarco and James Blake. Those two guests were in town for Treasure Island Music Festival: There, DeMarco was the consummate crowd pleaser, his habitual cigarette glued to his lips, but Blake was unable to perform due to weather. To make ammends, he performed a show at the Fox Theater in Oakland last night, an event announced day-of and offered for free to aggrieved Treasure Island ticket holders. Blake, it seems, knows how to get across the Bay, and had no trouble appearing twice last night. 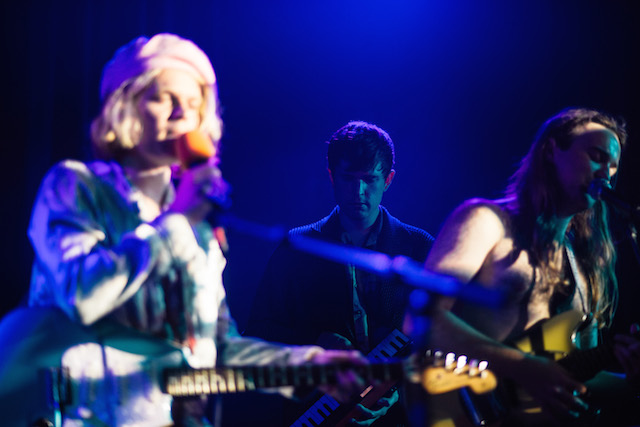 Incidentally, a friend of mine was kind enough to text me after Blake's Fox performance, which I missed. "It was amazing," they wrote. "I can't even lie you missed out / He just tore my heart apart / Into a million little pieces." Cool good glad I missed it because my heart can't handle that. Instead, here's Blake, DeMarco, and Mockasin from last night at the Chapel.

Jacob Romero via the Chapel

Update: TechCrunch writes that Greg Gopman has been fired by Twitter. “Anddd I’m fired. Thanks TechCrunch,” he reportedly wrote to his Facebook page, adding that “[TechCrunch] wrote a smash piece on me

Peter Thiel has always ranked high on the Silicon Valley eccentric scale, as most already know. The PayPal co-founder and Facebook board member's support for building floating libertarian cities and interest in the