Though Oakland has a strong tradition of barbecue already, lots of Oakland's old-timey BBQ joints have either closed or lost their luster in recent years. So it should come as welcome news for East Bay 'cue fans that Ryan Farr and his popular 4505 Burger & BBQ is expanding to Oakland's Laurel district for its second location. The Chronicle has the big news, and the location is the site of locally iconic Glenn's Hot Dogs, a petite diner with a rad historic sign at MacArthur Boulevard and 35th Avenue that Farr and co. have already taken possession of, though the barbecue hasn't quite arrived there yet.

Previous owners David Chew and Bau Jin Huang decided to sell, and now Farr will be giving the place a makeover much like he did with his always-crowded Divisadero spot, which was formerly home to Brother-in-Law's BBQ. He'll be adding outdoor seating but keeping the sign, and, he promises to the Chron, "Our approach is that we just want to keep the vibe alive. We want this type of look and feel of this older building to be here as long as possible."

The new 4505 Burgers & BBQ, once the renovation is complete, will join the hip Sequoia Diner in the neighborhood, which has been slowly gentrifying over the last decade. 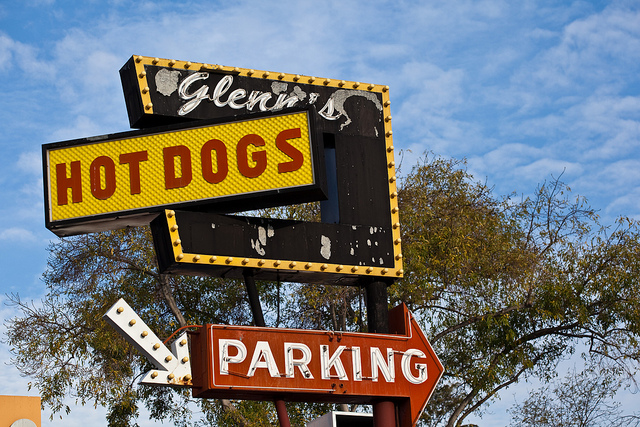 The other big news is that Farr is divesting himself of the butchery and catering business that had been the core of his operation since 2010, until the Divisadero spot opened and he ultimately decided to close his butcher shop in the Mission.

He explains to the Chronicle that he's fully in the restaurant business now, and though he still has a passion for humanely sourced meat and whole-animal butchery, the products they were selling, he realized, were simply too expensive for the majority of the market.

The company's famed chicharrones, however  which once upon a time he and his wife bagged by hand in their Mission apartment kitchen and sold to the bar downstairs, Elixir  are as of this month being distributed nationally.

The Ferry Plaza Farmers' Market stand, which was where 4505 got its start six years ago  and where Farr started serving his "best damn cheeseburger"  also is on the way out. As they announced via CEUSA's blog this week, 4505's final market appearance will be on October 29.*

Related: The 25 Best Burgers In SF And Oakland

* This post has been corrected to show that 4505 will be ending their farmers' market stand.

Who's a good boy? This dog, who dug up a piece of 100 percent certified treasure in Golden Gate Park over the weekend. A tipster to SFist suggests that the amazing pet sleuth

Have you ever dreamt you're a bird, flying over a familiar city now foreign with new perspective? Operators of first-person-view drones often talk of experiencing a similar feeling — being "out of body" as

—
4505 Burgers & BBQ Expands To Oakland, And Its Chicharrones Go National
Share this