Police are seeking the public's help to find the suspects in an apparently random slaying of a college student at a popular tourist attraction last month, releasing a sketch of a man they believe to be involved in the shooting.

You likely recall the case: 20-year-old Calvin Riley, a San Mateo resident and student at San Joaquin Delta College, was killed at 9:51 p.m. on Saturday, August 6 as he played Pokemon Go at San Francisco's Aquatic Park.

"There was a large group of people playing Pokemon and then his buddy started playing, as well. Calvin got a little bit ahead of his friend and kind of went around a corner," family friend John Kirby told ABC 7 at the time.

"Then when the friend came around a corner he heard a gunshot, saw his friend fall, and whoever did it ran away and possibly got into a car...From what we know there was no confrontation. There was nothing said back and forth. It was just senseless, just came up and shot in the back and ran away for nothing."

Since then, the United States Park Police has been investigating the crime, but little progress has been made. Their best lead, it appears, is the occupant or occupants of a white, four-door, 2013-2015 model year Toyota Avalon that USPP spokesperson Captain Jerry Marshall says was "seen leaving the area of where the homicide occurred." Here's a photo of the car in question: 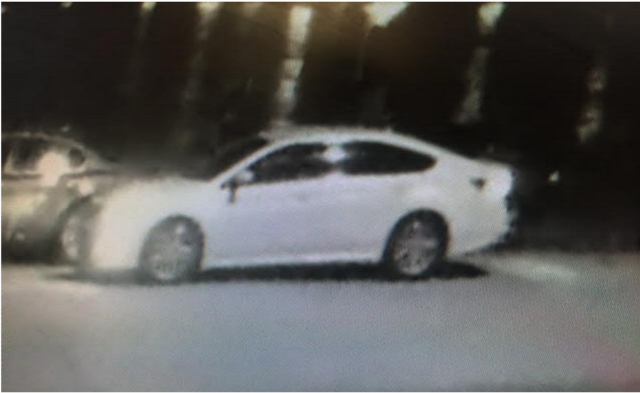 According to Marshall, "two individuals associated with the vehicle are believed to be an African American male [that's him in the sketch above] and a Caucasian female."

Marshall tells ABC 7 that the woman was behind the wheel of the vehicle, which he says was seen cruising up and down the area of Van Ness Avenue near the crime scene between 9 and 10 that night.

"It was driving down on Van Ness, pulled over near the dumpster or turnaround area and pulled over, parked and drove back down," Marshall says.

Originally from Lowell, Massachusetts, Riley and his family moved to the Bay Area from the "high-crime city on the East Coast for a better and safer life."

He graduated from Junipero Serra High School in 2015, and was attending San Joaquin Delta College in Stockton, where he majored in kinesiology and was a pitcher on the school's baseball team.

"Calvin was loved by all those that knew him. He was a great person from a great family. A 20 year old with his best years ahead of him," Delta College baseball coach Reed Peters said of Riley following his death.

"He brought the best out in all of us. He will be truly missed but never forgotten."

San Francisco is a great coffee town. In addition to our many wonderful coffee shops, we're awash in high-end roasters that set national and international trends. Blue Bottle, Sightglass, Four Barrel, and Wrecking

—
Have You Seen This Man? Police Release Sketch Of Fisherman's Wharf Homicide Suspect
Share this