As some predictable chaos is erupting on the floor of the Republican National Convention over rules votes by the anti-Trump faction on Day 1, Donald Trump is trying to sound a positive, characteristically over-confident note on Twitter as he anticipates introducing his wife Melania, who'll be speaking this evening. And in another corner of Twitter, California's Lieutenant Governor Gavin Newsom went on an hour-long rant today directed at Trump, his party, and his newly chosen running mate Mike Pence, calling out the hypocrisy of a month-old tweet from Trump claiming he'd be a better candidate for the LGBT community than Hillary Clinton. This is, pretty obviously, false given the recently drafted, virulently anti-LGBT Republican Party platform, not to mention the choice of Pence, who has made no secret of his homophobic views and spoke as early as 2006 about gay marriage leading to "societal collapse."

Newsom, a longtime and consistent supporter of LGBT equality and the first mayor in the US to attempt to legalize gay marriage in 2004, thought today would be a good moment to call out Trump for his hypocrisy, and to berate him on topics from conversion therapy, LGBT suicide rates, and a number of other topics.

This may, in fact, be just a precursor to what we may hear from Newsom at the podium at the Democratic National Convention, which kicks off next week. And, notably, earlier this month, Newsom donated $2,500, the amount of money Trump donated to his own campaign in 2010, to immigrant charities.

Observe. And you go, Gavin. 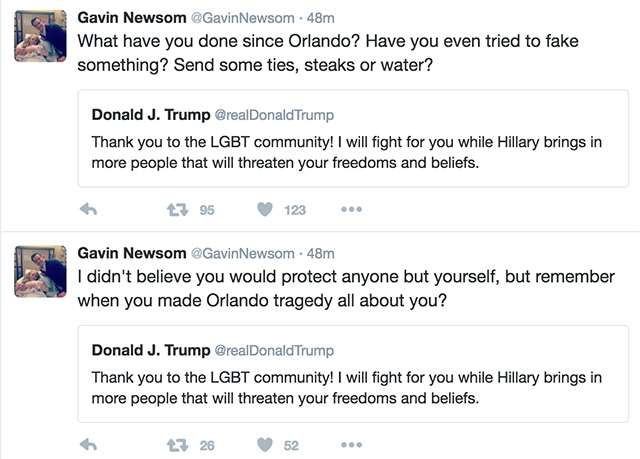 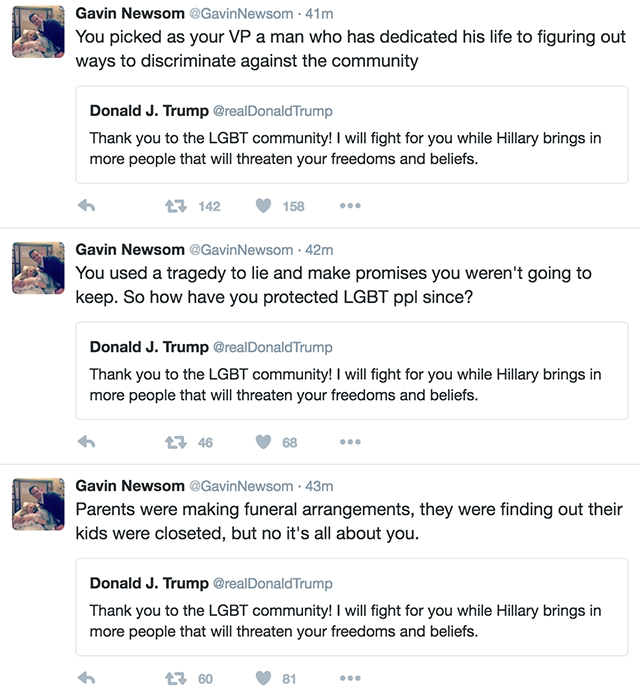 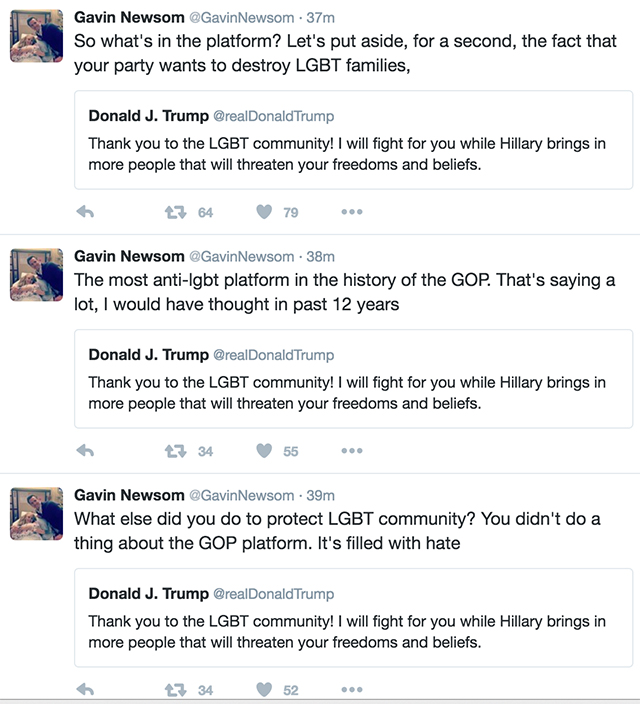 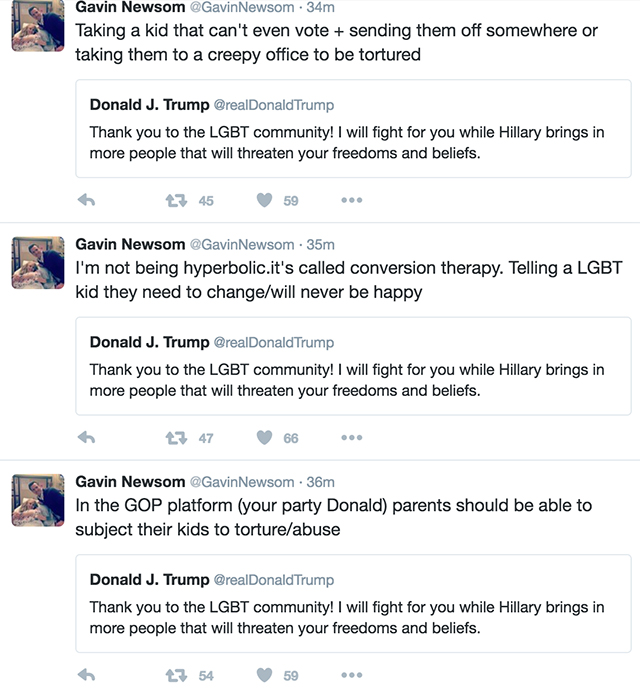 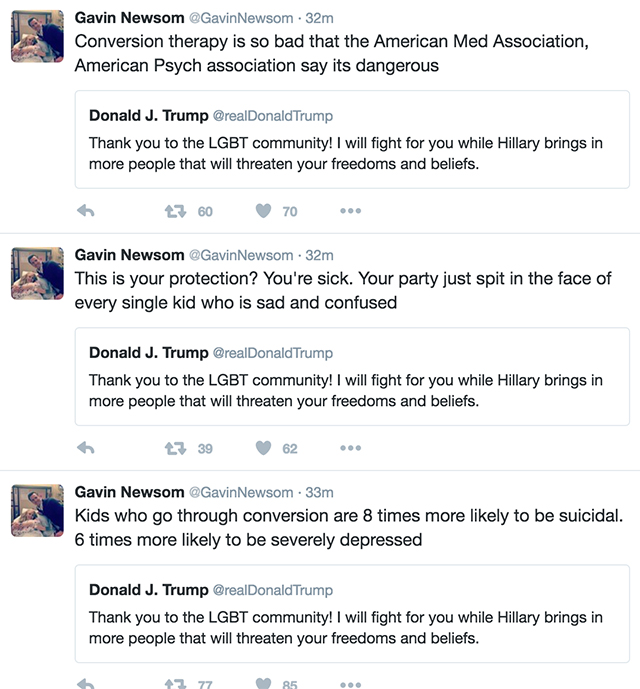 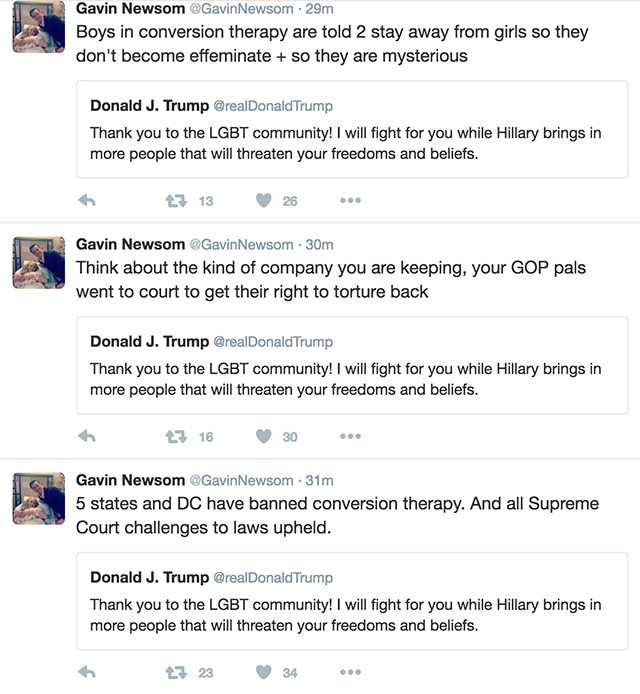 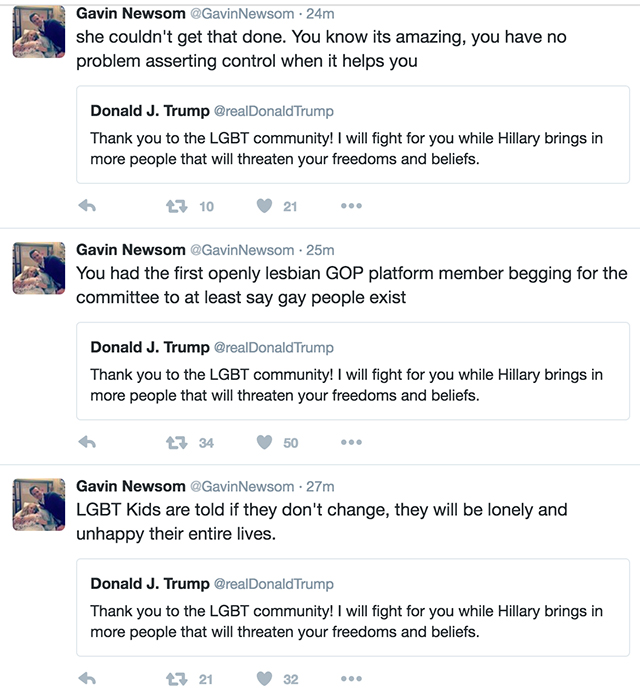 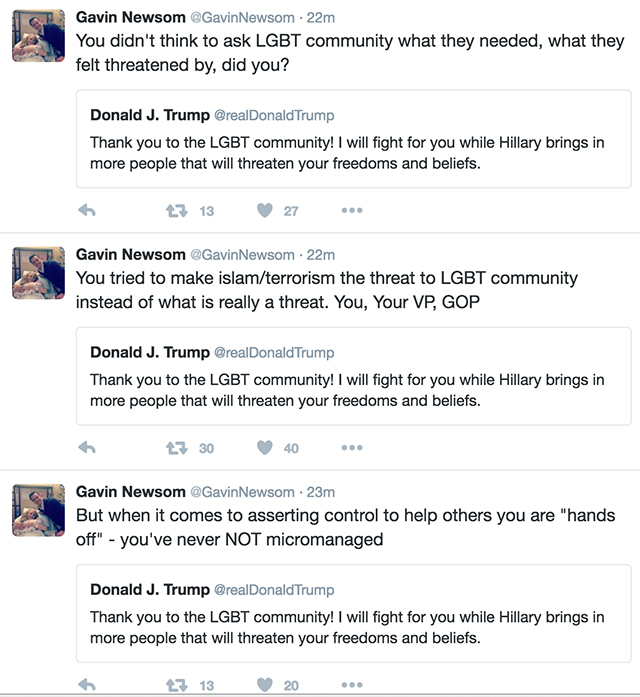 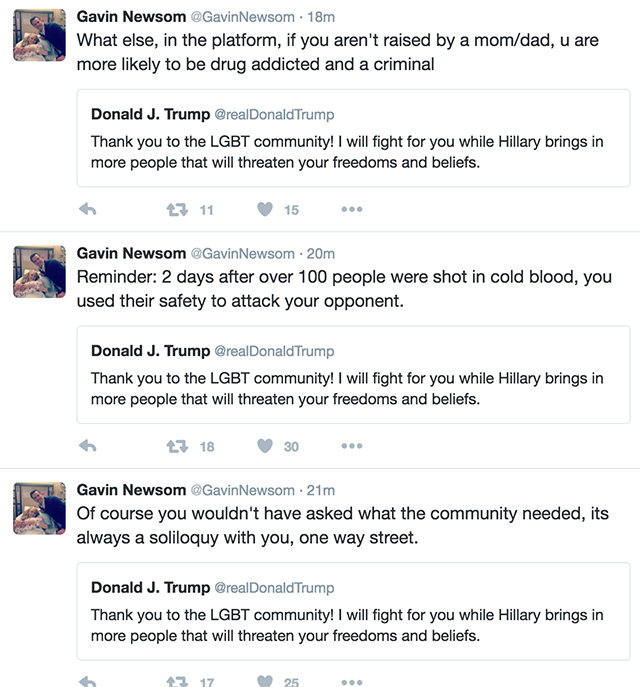 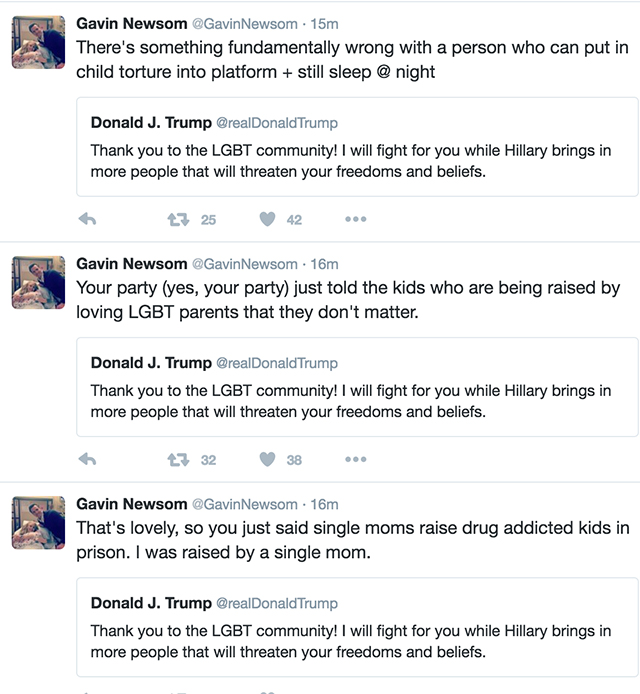 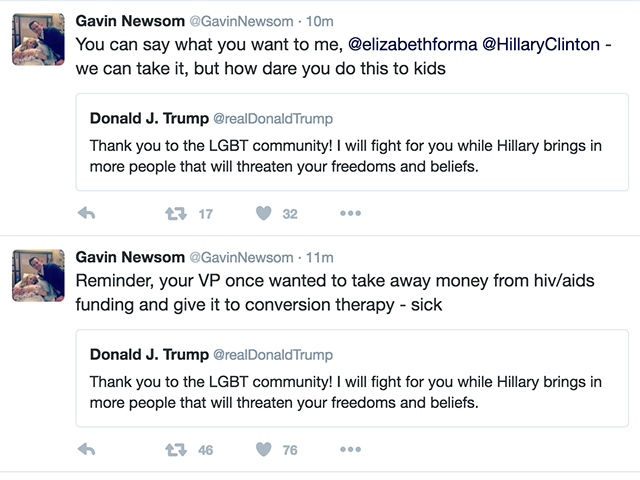 There are 25,000 light poles in San Francisco — or, rather, there were until today. Now there's one fewer: Redditors are reporting that a stories-high light post came crashing down at Kearny and

When Oklahoma City Thunder star small forward Kevin Durant announced he would join the Golden State Warriors this fall, reportedly signing a two-year deal with the team for $54.3 million, one cloud