You won’t find a more magnificent and talented nightclub singer belting it out on a San Francisco stage this weekend than Kat Robichaud, whose lounge revue Misfit Cabaret opened last night at the Great Star Theater. But you will find her act peppered with tentacle gags, fright wigs, and various slapstick stunts. Her act seamlessly fuses the jazz chanteuse and screwball comedy genres that have no business working so well together.

Ms. Robichaud (once featured on NBC’s The Voice) is a remarkable talent who can instantly switch gears between Carol Burnett and Liza Minelli modes, and the impressive set of pipes on her makes Misfit Cabaret an immersive nightclub experience whose surreal staging evokes a Tim Burton flick back when Tim Burton flicks were still good. 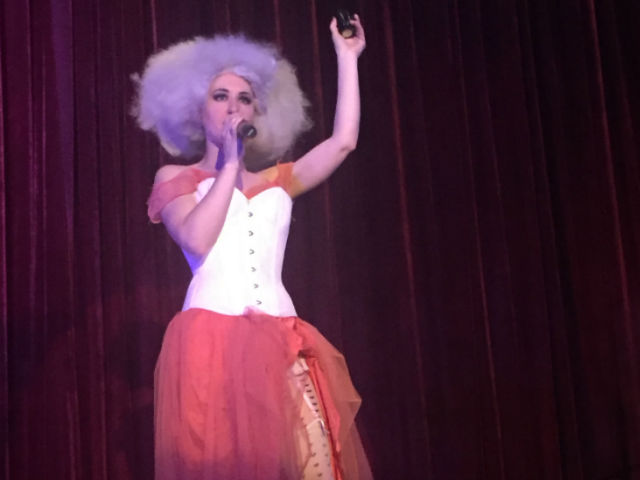 Not to be confused with Twisted Cabaret which played the same venue in March, Misfit Cabaret is an occasionally recurring lounge variety show, and this installment is a nautical-themed version called Whimsea. It’s a medley of shanty songs and 60 years of pop tunes that reference the ocean or islands. Robichaud is backed by a four-piece band called the Darling Misfits, and comically engages in pirate banter with keyboardist Brendan Getzell. But she is the electrifying anchor of this ocean-motif show — she has amazing precision to the finishing moves of her non-verbals, awe-inspiring wardrobe developed by RuPaul’s Drag Race designer Dallas Coulter and couture auteur Kaytee Papusza, and a voice that fills the theater and delivers as dreamy a lounge act as you’ll ever witness.

The drawback is that the show is not entirely her act. This is a variety show with some auxiliary burlesque, drag, and other musical acts thrown into the mix. Some of these other acts are just not as immersive or developed as Kat Robichaud’s, so there is some unevenness here. But there are some powerful standouts too, like burlesque dancer Frankie Fictitious and her eye-popping props in a Chinese New Year number, and drag queen Carnie Asada absolutely bringing the house down (by just lip-syncing). 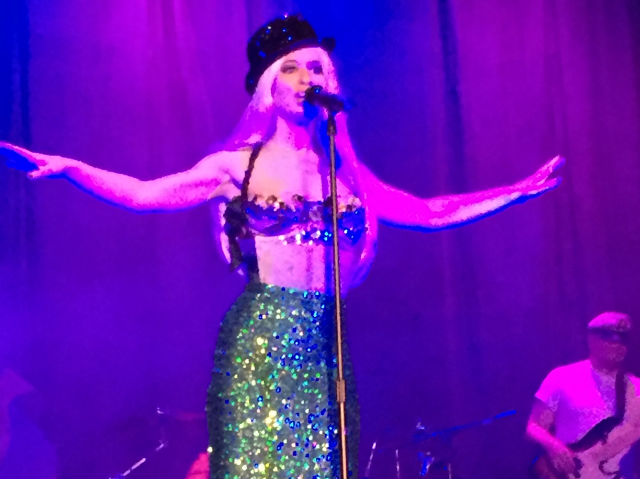 But Misfit Cabaret: Whimsea is all about Kat Robichaud’s transcendent voice, despite the barrage of puppets and clown-nose-and-banana-peel variety schtick. It’s a glorified variety show, but often really delivers on the glory part of that equation. Kat Robichaud is a songstress you should be watching, which you can do this weekend at the Great Star, again this October for A Very Bloody Misfit Cabaret, and in a Kickstarter campaign launching Monday to create Misfit Cabaret: The Album.

Things aren't looking great for the cause of opposing the Warriors Arena project, now dubbed the Chase Center, which remains overwhelmingly supported by SF residents, the Mayor, and the Board of Supervisors alike.

Following yesterday's devastating mass killings in Nice, France, UC Berkeley reports that several students were injured and one is missing in the attack. That act of violence, carried out with a truck during