Now the restaurant has just announced the hiring of executive chef Brandon Korf, formerly exec chef at La Trappe in North Beach but previously a member of the kitchens of both Hi Lo BBQ and Sauced BBQ & Spirits in Livermore.

Korf is keeping things like the house-made jerky and chopped pork on the menu, but he's adding more salads and sides, including a smoked Cobb salad, and Texas caviar. Also he's expanding the meat menu to include tri-tip, a Thai chili and cheddar sausage, and he's added a sausage sandwich with pimiento cheese.

As before, the food is served cafeteria style with meats weighed by the pound, with a one-meat combo plate for $14, and a two-meat plate for $19, served with two sides, bread, and pickles.

See the full new food menu below. (Click to enlarge.) 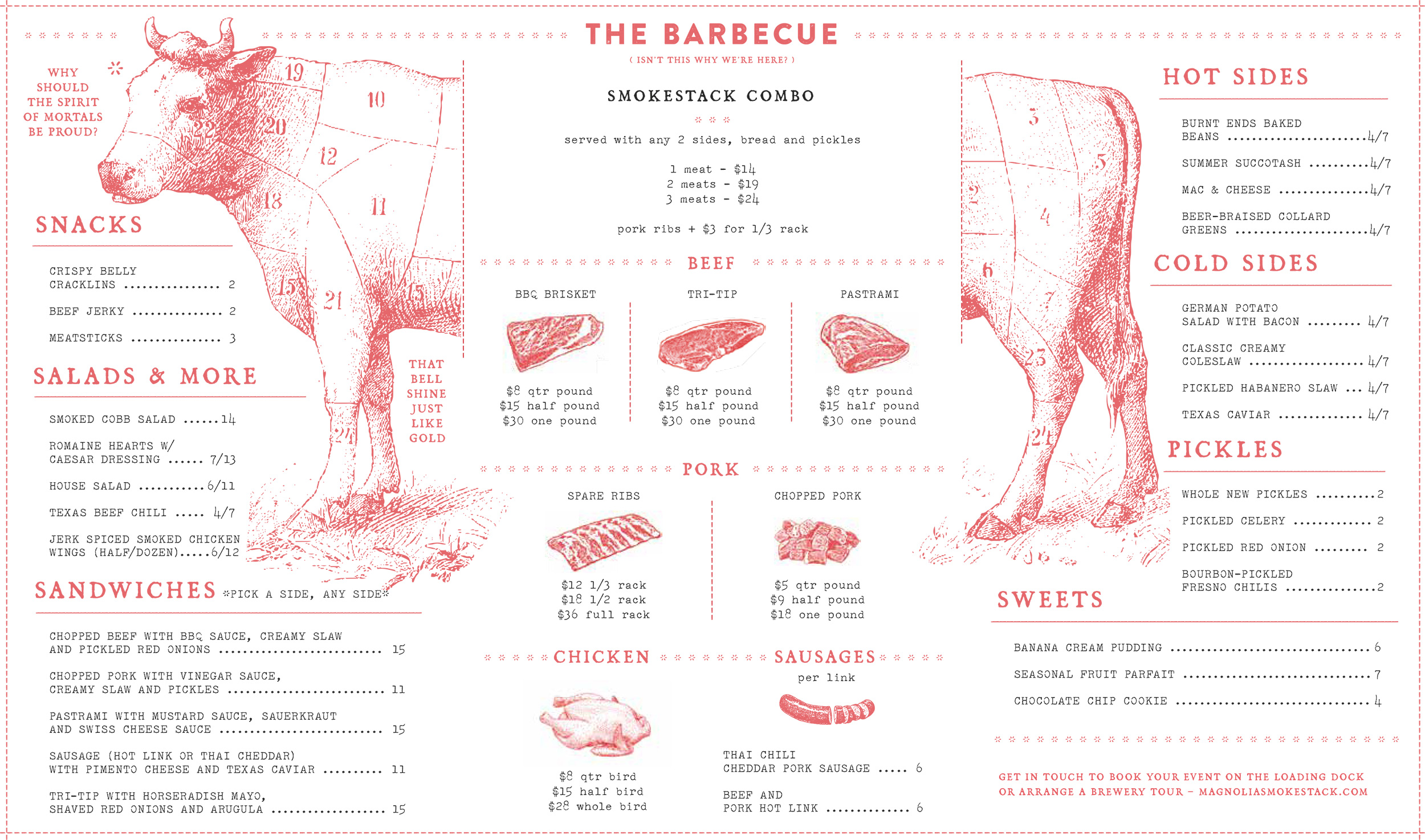 Pokémon Go was developed right here in San Francisco by Niantic, Inc., so it seems only fitting that the next big disruption to come to the world of augmented reality gaming should also

—
Here's The New Menu For Smokestack In Dogpatch, From New Chef Brandon Korf
Share this