Following on their kind and mildly helpful response in the wake of the mass shooting of LGBT people in Orlando  they were giving free rides all the following weekend to and from various gay and lesbian destinations including the Castro Theatre and El Rio  Uber decided to try something else in response to this week's national grief over gun violence. First, there's a message that pops up in the app that you can see below, saying "Our hearts go out to this week's victims of gun violence. As a show of solidarity to all affected, you'll see a peace sign in our app." So, yeah, the cars are all peace signs, floating around the city, which... okay, fine. We all want peace, even if it seems a little trite.

But the more tone-deaf thing they're doing, which you can also see below, is they're using the wait-time screen to ask people to use their wait to "reflect on gun violence."

Perhaps donating part of every fare to the cause of gun reform, or to the families of victims of guns violence, would have been a more meaningful gesture? 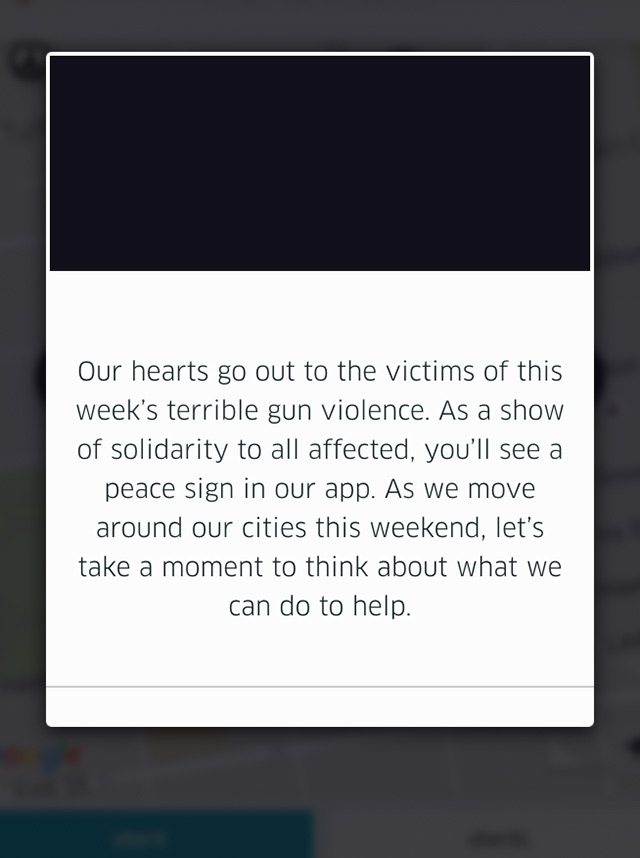 It's been seven years since the Bay Area, and the world, were stunned by the story of Jaycee Lee Dugard, who emerged from captivity in an Antioch backyard after being kept there for