Warning: One arguably NSFW image below.

Republican presidential candidate Donald Trump brought his reality-TV-and-racism roadshow to the Bay Area today, speaking to a California GOP Convention crowd of about 600 party bigwigs Friday in Burlingame. But more than 1,000 demonstrators gathered outside the convention’s Hyatt Regency location, and made an almost-successful attempt to prevent Trump's limousine from arriving. SFist was on hand to capture exclusive videos and pictures of the melees, confrontations and amusingly clever signage. 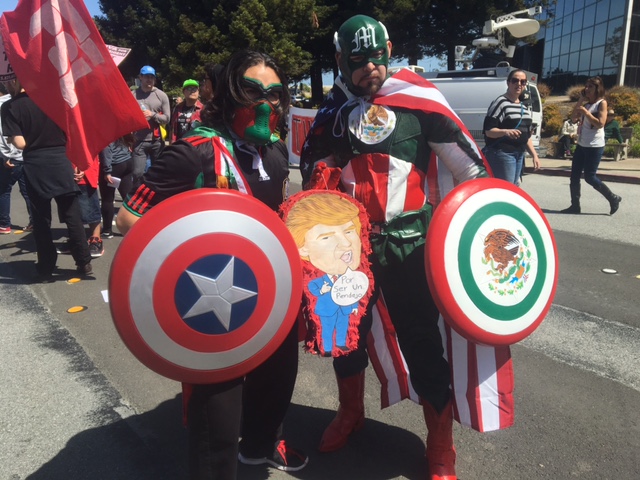 Not to mention the costumes. Here we see “Captain Mexico”, who gained additional notoriety for burning Trump in pinata effigy. “It’s originally a Captain America [outfit] and I just spray-painted it,” Cap told SFist (his real name is Eric Lopez and he’s from Hercules). “I love Captain America, don’t get me wrong. I’m pro-Cap. Civil War. It’s just now with the whole political thing, I thought it was the right time to bring it out. I’m not a Donald Trump supporter.”

The first crashing of the gates came at roughly 11:50 a.m., before Trump’s delayed limo had even arrived. About 50 protesters were able to infiltrate the barriers and get right right up to the hotel’s main entrance. Police blocked them from entering, and eventually push the crowd back at the 2:08 mark. Despite the audible shouts, no one was injured in the confrontation. The LA Times has video of the initial barrier crashing.

But that was nothing. A second, far more substantial gate crash at about 12:20 p.m. allowed any protester who wanted to to just waltz right on to the hotel property. SFist did just that, and got this video as hundreds mobbed the entrances of the Hyatt to engage in NSFW chants.

Donald Trump just had to jump over a highway median to avoid protesters on his way to #CAGOP pic.twitter.com/N55mL13cmP

As demonstrators blocked the adjacent 101, the orange-and-thin-skinned real estate mogul was forced to hop over a median wall on foot to get to his speaking engagement. “His hair was just blowing in the wind, and yes his hands are small” said Leela Najafi, an eyewitness to Trump’s pedestrian escapade. 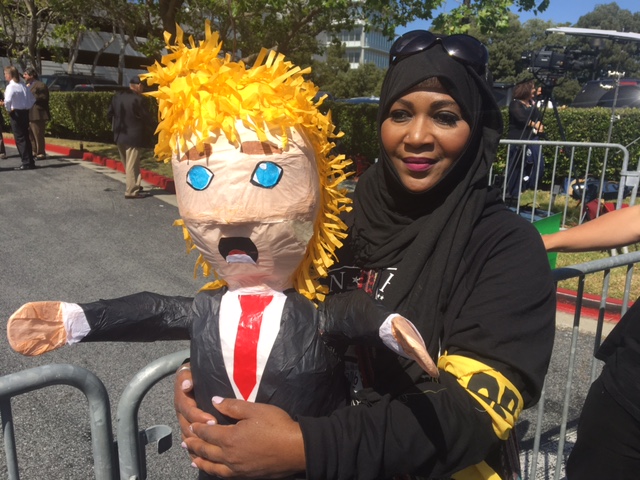 “That was not the easiest entrance,” The Donald said in his speech, according to KTVU. “I felt like I was crossing the border." 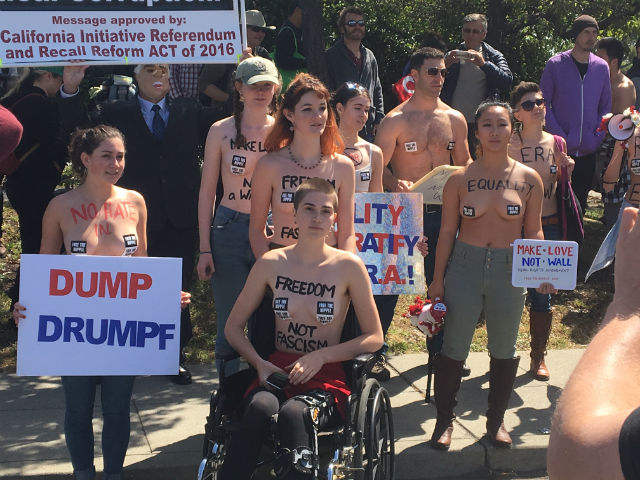 Though the security perimeter was crashed twice, there was not violence on the level of Trump’s Costa Mesa appearance last night at which five police cars were damaged and 17 were arrested. There were five arrested at today’s demonstrations, and one injury was reported by CNN. 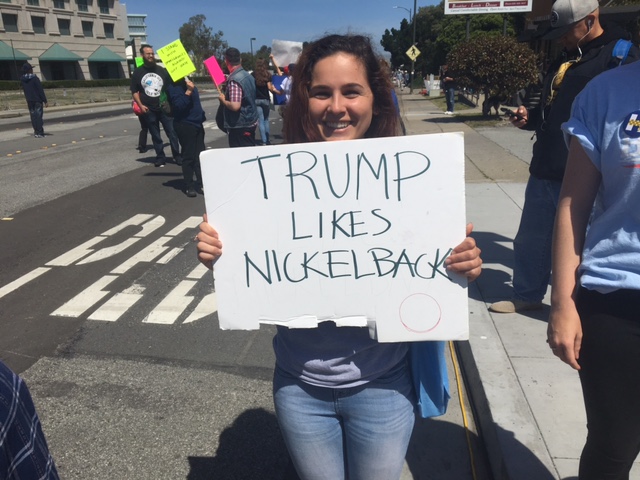 The day was not free of skirmishes, though. Discovery Bay Trump supporter Adam Carry was shoved around, had his phone whacked out of his hands (and eventually returned) and his ballcap knocked off by jeering protesters. ”I was just taking pictures. Next thing I know I was mobbed,” Carry told SFist, before Fox News whisked him away for an onscreen interview. 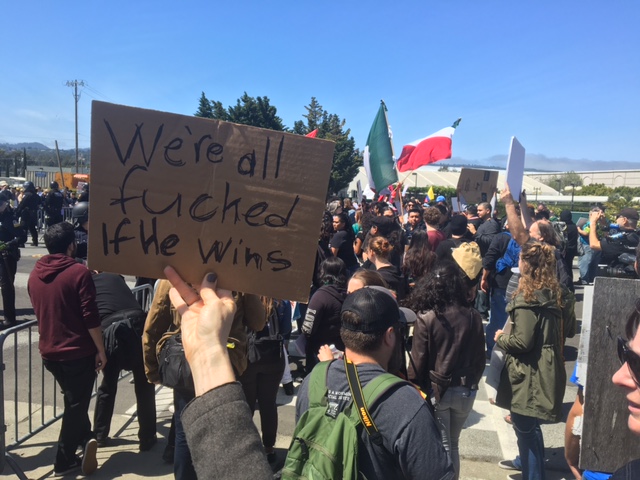 The above sign was created by 14-year-old Adrian Agnoli, “Trump’s a madman, dude," the youngster told SFist. “If he wins, we are all screwed over. I want to see if I can do something about it.” 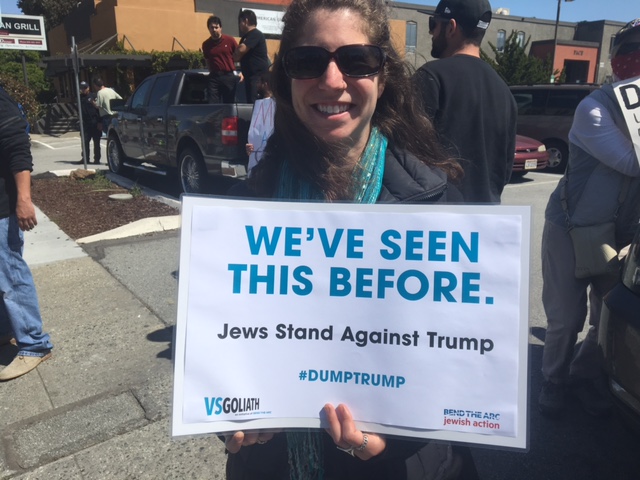 Trump’s speech did eventually go off as planned. Should you care, GOP hopeful John Kasich addresses the audience tonight at a dinner banquet, and both Ted Cruz and Carly Fiorina will address the convention tomorrow. Trump’s full remarks can be seen below, beginning at the 1:09:00 mark.

This week at SFist, we learned that Oakland's Genova Delicatessen would indeed close after a 90-year run, reported that Foreign Cinema's bar next door Laszlo would reopen with a makeover on May 12,