While Mission Street's new, bright red transit only lanes, reserved for buses and taxis, have so far confused and angered drivers between 11th and Randall, they've got a new enemy in some local stores who claim to be losing business as a result of the change.

What's more, the Examiner reports that the San Francisco Small Business Commission is backing up these business' complaints, looking over some numbers at a meeting yesterday to evaluate the purported decline.

"After the red lane on Mission street (Siegel’s) lost 15 percent of its business,” the Ex quotes Roberto Hernandez, a Mission advocate, invoked the zoot suit shop between 19th and 20th Streets. A member of the Mission Development Agency said that one restaurant saw their income go down by half since the lanes came in. 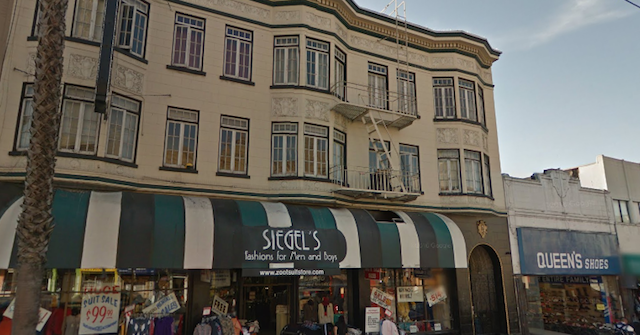 While buses ferry shoppers around the Mission faster than ever before thanks to the car-free lanes, the argument goes that displaced former Missionites drive back to the district to do their shopping, and now can't find parking or avoid the area. “From noon to six we see Mission as a dead zone," Eden Stein, vice president of the 150-member Mission-Bernal Merchants Association, reportedly said.

The Small Business Commission was apparently receptive to the claims. “[SFMTA] put the livelihood of businesses at stake,” the Examiner quotes Commission President Mark Dwight, while another commissioner called the SFMTA "autocratic."

Surely this will be more fodder for David Campos' crusade against the "red carpet" lanes — he's asked that the plans be revisited. But with the paint still drying, maybe we'd all better sit tight and see what the longer term effects of the $3.8 million total project might be.

Previously: Mission Street Changes Have Drivers Seeing Red, Could Be Revisited Before They're Finished

April showers (and wind) are giving way to some balmier temperatures later this week, and there are plenty of reasons to step away from your many screens and engage with the greater human

Legendary, longtime Chinatown greasy spoon Sam Wo  which earned a scene in Tales of the City and mentions in many guidebooks by way of its famous "rude" waiter Edsel Ford Fung  returned to