With Fort Funston in the news recently as one of the many parks to possibly restrict dogs under proposed new National Park Service rules, it is important to remember that the prime dog-walking spot can also be a dangerous one. We were reminded of that fact this past weekend, when the San Francisco Fire Department was called to the park in response to a dog stranded on the steep cliff.

According to SFFD's Facebook page, this all went down Sunday at around 12:35 p.m. The dog, pictured above, was apparently stuck about thirty feet down the side of the cliff.

Firefighters were able to rescue the dog, after apparently staking in several points (pictured below) off which to rappel. It is unclear whether or not the dog was injured.

As the debate continues to rage as to whether or not certain areas of Fort Funston should switch from off-leash to on-leash, or become entirely dog free altogether, it is perhaps import to remember that regardless of the official rules, sometimes it is simply the best move to keep your furry friend close. 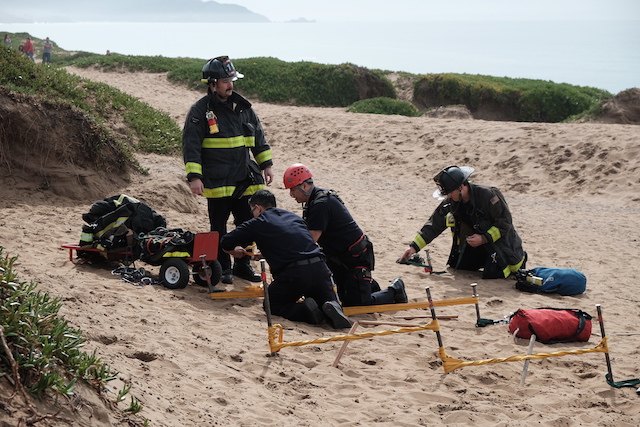 I was never a huge fan of the movie Dirty Dancing, mainly because its mix of period pop and contemporary songs always bugged the hell out of me, and its story was a

A 14-year-old boy is dead Monday morning, after he was fatally shot just steps from a trail that runs next to BART in Richmond. According to Richmond Police Department spokesperson Lieutenant Andre Hill,