The California Highway Patrol officer who was stabbed in an altercation at a South of Market homeless encampment Tuesday is in stable condition today, as his alleged attacker faces charges of attempted murder.

San Francisco Police Department spokesperson Officer Carlos Manfredi had more details of yesterday's attack, saying via press release that the CHP had dispatched two officers to the scene of the stabbing at 10:05 a.m. Tuesday on reports that someone was walking on the Essex Street on-ramp to 80.

When officers arrived, Manfredi says, they "contacted a male subject. During the enforcement contact, the subject attacked one of the officers with a knife and a struggle ensued."

The man with the knife then fled on foot, but as one CHP officer chased him to the bottom of the ramp, he "realized his partner was still at the original location." Running back up the ramp, he "found his partner suffering from a life threatening injury to his neck having been stabbed by the subject during the struggle."

At 10:10, SFPD got a distress call from the CHP officer, and rushed to the location to search for the stabbing suspect, even as the San Francisco Fire Department transported the injured man to SF General. At around 10:21, Manfredi says, "a subject matching the suspect description" walked into the Wells Fargo at Fourth and Brannan Streets.

According to Manfredi, when officers arrived at the bank, "the suspect resisted arrest and at one point attempted to take one of the officer's department-issued firearm which was holstered." However, officers persisted and arrested the man, identified as 44-year-old Noel Corpuz.

Saying that a knife was also recovered from Corpuz at the time of his arrest, Manfredi says that he's been booked at San Francisco County Jail for attempted murder, aggravated assault, and resisting arrest.

ABC7 reports that Corpuz was a resident "at a homeless encampment located near the shoulder of the Essex Street onramp."

The injured officer, who Manfredi says is a seven-year veteran of CHP, is in stable condition following surgery to treat his wounds.

In a statement, CHP commander Christopher Sherry says that "This type of incident just really shocks us. These officers, our officers, and all of law enforcement go out and put themselves in harm's way. It's a tough job.

"Sometimes, as we all know, things like this happen and we just hope the best for our officer."

Manfredi says that SFPD is responsible for the investigation of the stabbing, and asks that anyone with information on the attack contact SFPD's anonymous tip line at 415- 575-4444 or text a tip to TIP411 with SFPD at the beginning of the message.

CHP officer assaulted by a man with a knife at Bay Bridge,Essex at Harrison. Happened near homeless encampment pic.twitter.com/WNoBCONZPM

See debris on onramp. Appears the #CHP officer was speaking with some encamped homeless before knife attack. pic.twitter.com/QwtgWnZGkU

Here is one of the witnesses to the stabbing of the #CHP officer not far from #SB50  80 East Onramp at Essex pic.twitter.com/FmW617sjM0

#SFPD officers took him from the scene a few moments ago. pic.twitter.com/cEf1b7cwBy

Reports on scene that chp officer suffered knife wound to throat. He is at SF General pic.twitter.com/8oBY37neJw 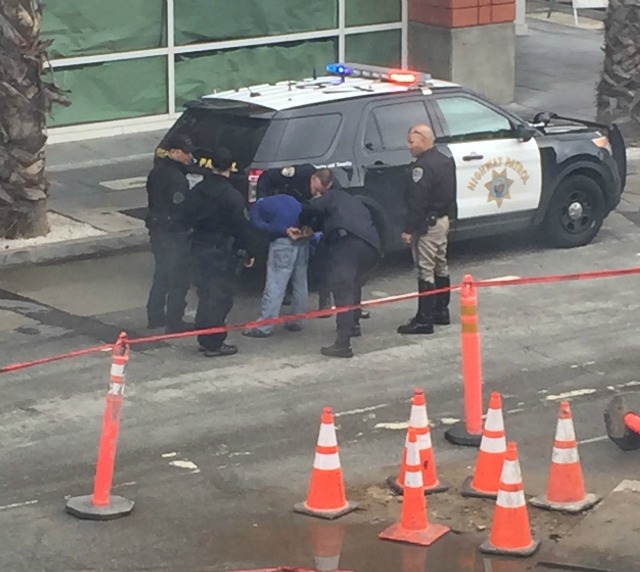 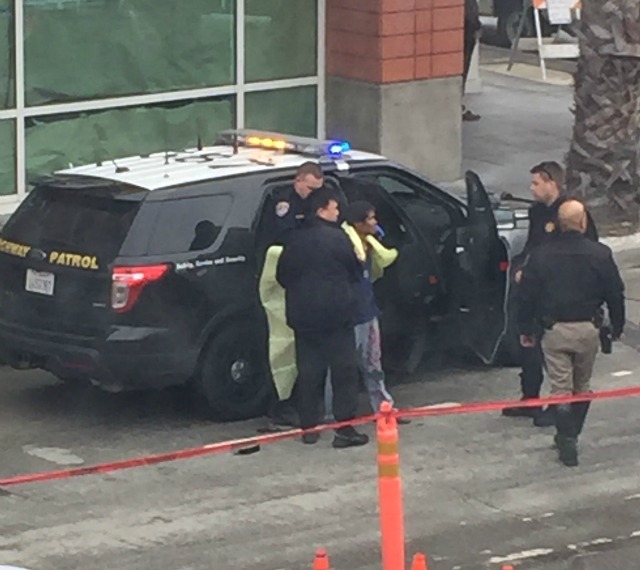