Todd Haynes is back with another story about homosexuality in the 1950s, but this time he's adapted a book, The Price of Salt, written by famed mystery author Patrica Highsmith in 1952 under the pseudonym Claire Morgan. But unlike Far From Heaven, his 2002 homage to classic family melodramas, Haynes stays away from the filmmaking style of the 1950's, crafting a "woman's film" that could only be told now.

Cate Blanchett stars as Carol Aird, an upper class mother of a young daughter, in the midst of divorce from her husband, Harge (Kyle Chandler). She's a strikingly beautiful blonde in creamy mink that instantly catches the eye of shop girl Therese Belivet (Rooney Mara). Actually, they catch each other's eyes, and the spark between them is undeniable. Therese, who has a boyfriend, aspires to be a photographer. Though she isn't confident about either of those situations, she doesn't hesitate when Carol invites her to lunch...and when circumstances push Carol to drive out west, Therese jumps at the chance to join her.

Like Far From Heaven, Carol is filled with impeccable costuming and set design; every detail rings absolutely true to its 1950s era. I swooned almost as much as Therese every time Carol enters a room — the hats! The coats! The jewelry! So enraptured was I by the look of the movie, I was almost able to overlook the fact that we don't actually get a lot of dialogue between the two women. What do they talk about during those long hours on the road? The movie would have us believe they spend most of those drives dreamily staring through the car's fog covered windows. In silence.

Carol is an absolutely terrific movie in many, many ways. Cate Blanchett and Rooney Mara deserve all the nominations they're going to get; Carter Burwell's score is lovely; the Super 16 cinematography by Edward Lachman is beautifully grainy. I just wish there was as much attention to detail given to the relationship between Carol and Therese as there was given to the world that surrounds them.

In the Heart of the Sea - Everywhere

Director Ron Howard brings us this giant 3D spectacle based on the book of the same name, which tells the true story of the Whaleship Essex, which in turn was the inspiration for Herman Melville's Moby Dick. Ben Whishaw plays Melville, who pays Brendan Gleason's aging seaman to tell him the story; he was a young man on the ship, and the only living survivor. His story centers on Chris Hemsworth and Benjamin Walker's first mate and Captain. They butt heads, as tends to be the case in these kinds of tales, and the egos of both play into the ensuing disaster that resulted in a sunken ship, and months lost at sea.

It's an impressive-looking movie, and for once, the 3D didn't bother me; Howard makes good use of it, soaring around the ship and diving deep into the sea. But the movie is also filled with some brutal — and disgusting — depictions of the whaling of the day. That, paired with lead characters that just aren't that interesting, meant I spent most of the movie rooting for the whale. 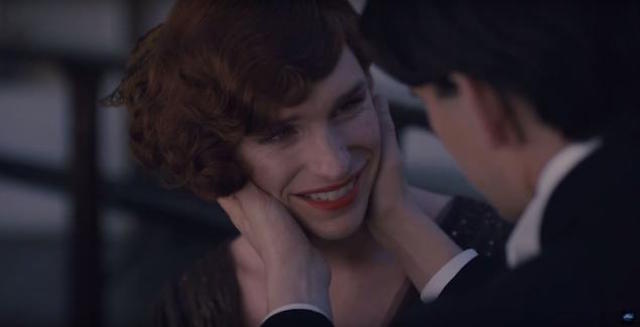 Based on the historical novel of the same name, this film stars Eddie Redmayne as Lili Elbe, nee Einar Magnus Andreas, who, in 1930, was one of the first recipients of sex reassignment surgery. Alicia Vikander costars as his wife, artist Gerda Wegener, whose use of her husband as a stand-in for her female models helped give birth to Lili.

Just a warning: The running time is just a smidge under three hours. If you don't have that kind of time — it being the holidays and all — you can always watch the trailer, which manages to give away the entire film in just under three minutes. 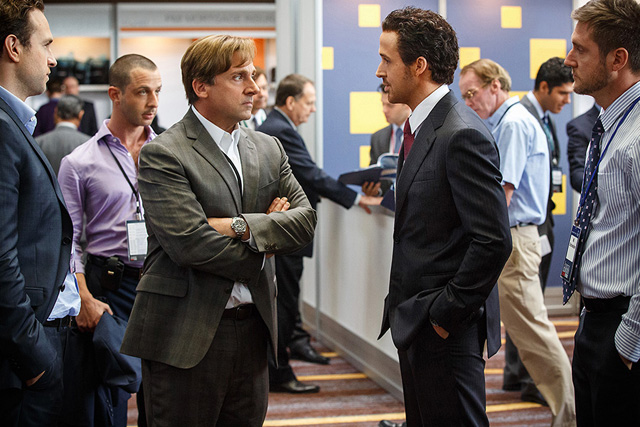 Adam McKay, a director best known for his comedies about man-children, grows up a bit for this comedic drama about the 2007-2010 financial crisis, and a group of players who benefited from the economic collapse. Starring Christian Bale, Steve Carrell, Ryan Gosling, and Brad Pitt. 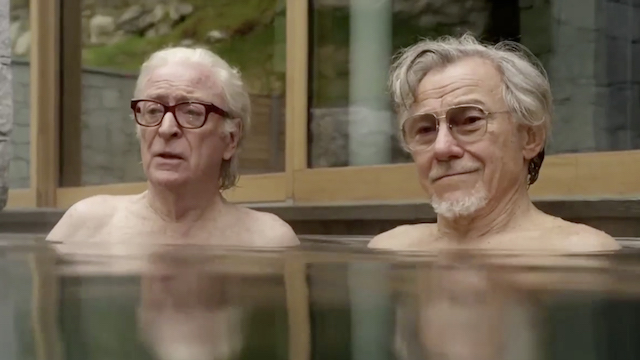 Michael Caine and Harvey Keitel star as aging friends vacationing in the Swiss Alps, reflecting on their lives, careers, and age. Jane Fonda, Paul Dano, and Rachel Weisz also star. From Italian director Paolo Sorrentino, who won an Oscar for his 2013 film, The Great Beauty.

Documentary about one of the first real critical examinations into director Alfred Hitchcock's body of work, a series of 1962 interviews by up-and-coming director Francois Truffaut that was turned into a book every film student has read since its publication in 1966. The doc includes comments from several renowned filmmakers including Martin Scorsese, Wes Anderson, David Fincher, and Peter Bogdanovich, (because of course; at this point he's probably better known for his numerous documentary appearances than he is for his own movies).

Whoa with the hail tonight in SF pic.twitter.com/11hJhaH5ZK— Kara Swisher (@karaswisher) December 11, 2015 Did you hear it? Did you see it? Storms last night brought with them the rare

Who would you like to see play at Outside Lands in 2016? [SFist] Alleged chinchilla thief busted in Union City. [KRON4] [The Awl] mulls "The Airbnb Endgame." Yahoo loses another major exec. [re/

—
SFist At The Movies: Carol, In The Heart Of The Sea, The Danish Girl
Share this