After a long day struggling to make rent at a (less than fulfilling) job, there's nothing quite like a little R&R to help overworked Bay Area denizens relax. While some may favor a cocktail, or maybe a little yoga, perhaps we here at SFist can interest you in unwinding with a new and exciting board game? With the arresting title of "Bay Area Regional Planner," and with the fun-filled and lighthearted goal of solving San Francisco's housing crisis, we're sure it's just the thing to take the edge off.

The board game, currently in the Kickstarter phase of table-top existence, was developed as an "educational tool" for the mired-in-controversy San Francisco Bay Area Renters' Federation (SFBARF). SFBARF was the subject of a recent investigation by Vice which documented the pro-development organization's apparent attempt to take over the San Francisco chapter of the Sierra Club. 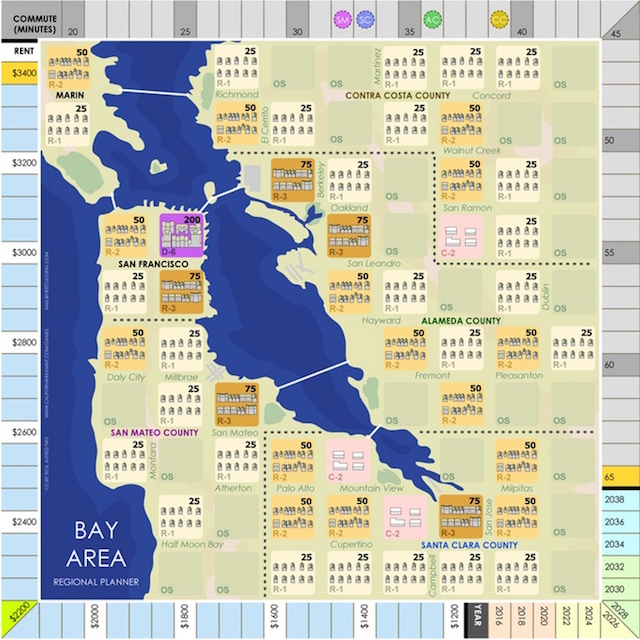 If the game's questionable origins aren't enough to get you excited, look no further than the rather dry descriptions of game play.

"In Bay Area Regional Planner, you'll be given some policy goals to fulfill," the Kickstarter description reads. "On each round, you'll negotiate with the other players to decide where to zone for more housing. Everyone must be in agreement, so get ready to compromise and make coalitions!"

(It is worth pointing out the irony of a SFBARF educational tool advocating compromise and coalition building when many of their actions appear aimed at the opposite?)

The game makes no bones about the agenda driving it, putting its pro-development message front and center in the game introduction.

The Bay Area is expected to add over a million new jobs in the next 20 years, putting pressure on housing costs and traffic. While in the past, citizens have blocked most new development, the situation has reached a breaking point. Rent is unaffordable and people are being displaced to areas outside the region — but still have to commute to work.

To handle the projected growth and to make up for lost time, the region will need to double the amount of housing. The old desires of open space, consensus-based decision making, neighborhood character, and affordability still remain, but compromises will need to be made if the region is to stay livable.

You'll be able to play Bay Area Regional Planner (the campaign has already met its Kickstarter goal) with 2 to 12 players, and a typical game should run from one to two hours.

If only actually solving the Bay Area's housing crisis could be that easy. 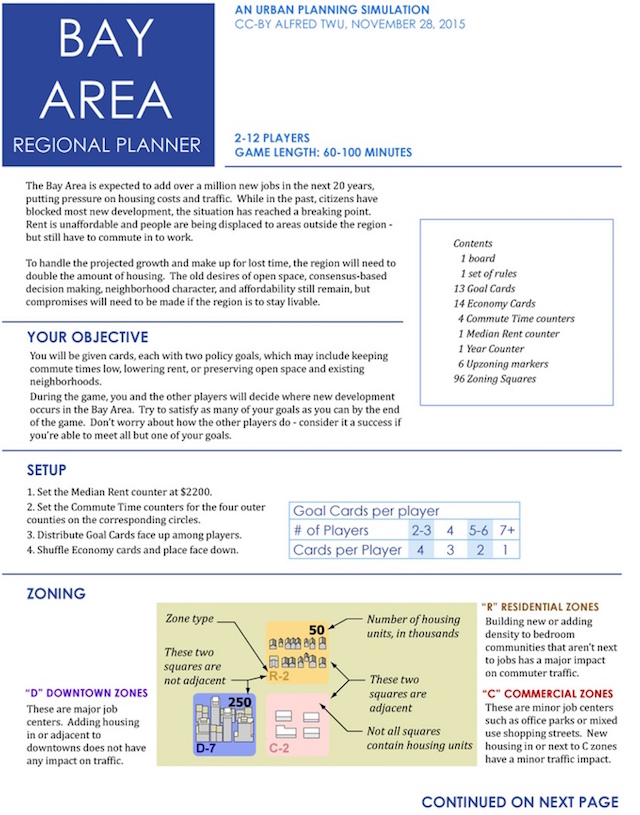 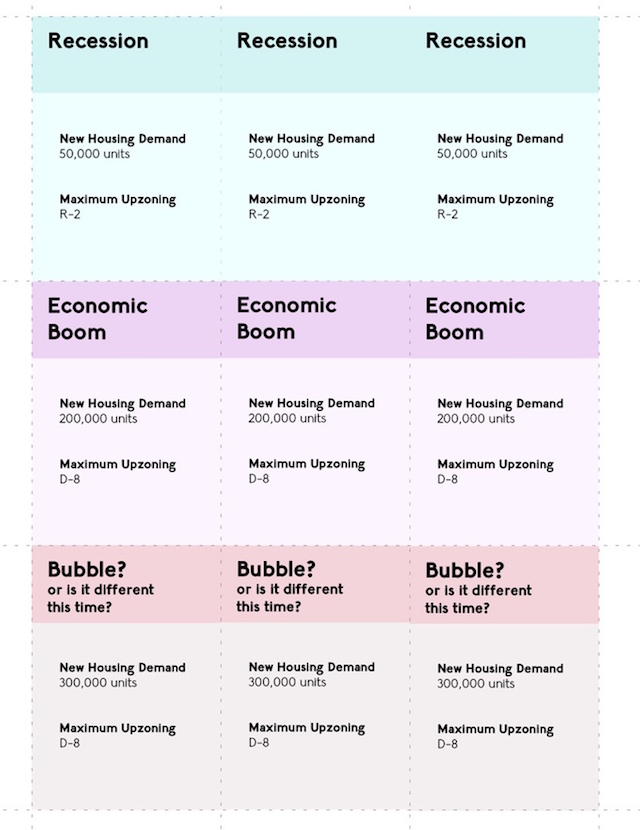 Related: We Want This Bay Area RISK Board!

Because you should probably get off the internet and off Candy Crush at some point, and you will need to do something besides holiday parties this week. TUESDAY, DECEMBER 8 TIKI BIRTHDAY: Venerable

Reports of the death of the Elbo Room were greatly exaggerated! We ourselves spoke too soon — we just didn't want to drag it out, to get hurt more. But there's very good news