Subscribers to San Francisco's emergency notification system Alert SF were warned to avoid a stretch of 101 in San Francisco this morning, and pictures sent in by an SFist reader illustrate why, as a dump truck crash has closed all southbound lanes of the freeway.

According to California Highway Patrol spokesperson Officer Vu Williams, the dump truck was on the Silver Avenue overpass above Highway 101 in San Francisco at 8:45 this morning when it crashed, spilling debris off the overpass and onto the highway below.

Williams says that no vehicles were struck by the flying debris, which appears to be wood and drywall. 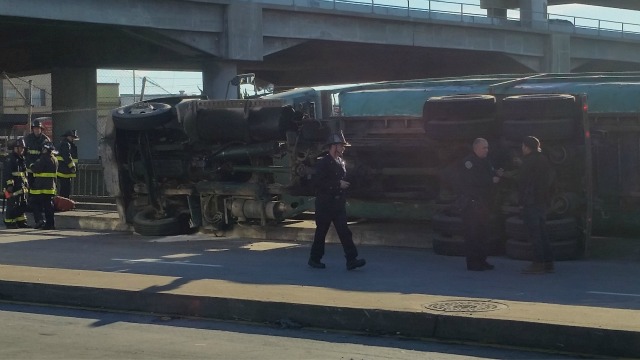 Williams says that an ambulance was called to the scene, but didn't have any details on possible injuries. According to SFist reader Paul Hayes, who sent in several of the photos you see here, "The driver did not go over the edge, he seemed uninjured."

Since all southbound lanes of 101 are closed for cleanup, Williams says that drivers are being diverted to 280.

According to Williams, the earliest they expect to reopen 101 is noon, but that it might take longer for crews to clean up all the debris. Update: As of 2 p.m., officials say the lanes might reopen closer to 4 p.m. 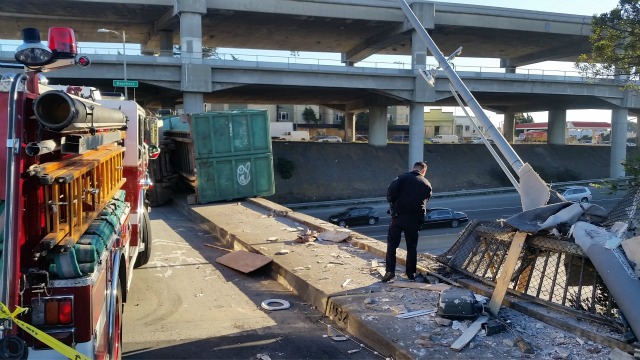 Though Williams did not have additional details on the crash, deferring questions on the incident to the San Francisco Police Department, SFist reader Luke Spray writes in to say that it appears that the truck lost its brakes "coming down the hill eastbound on Silver, then hit a couple of cars before turning over on the bridge over the freeway at San Bruno and Silver." He sent several pictures to illustrate that scenario, which you can see below.

The truck, operated by Daly City company, Evergreen Recycling Express, took off eastbound on Silver Avenue around 8:50 a.m. when it slammed into a white GMC pickup truck and a blue Toyota sedan, flipping the Toyota over and sending it into a tree in front of a home on Silver at Somerset Street, officials said.

After continuing for at least four blocks, the truck hit a traffic signal, power pole and barreled through a barrier fence on the south side of Silver Avenue and tipped over, dumping its load of construction debris onto the southbound lanes of Highway 101, said Officer Grace Gatpadan, a spokeswoman for the San Francisco Police Department.

The Chron reports that "two people in vehicles hit by the dump truck were injured and taken in ambulances to a hospital." As of 2 p.m., police did not have any updates on their condition.

According to KRON4, the truck's remained at the scene and was cooperating with investigators. NBC Bay Area reports that police do not believe that drugs or alcohol were a factor in the crash. 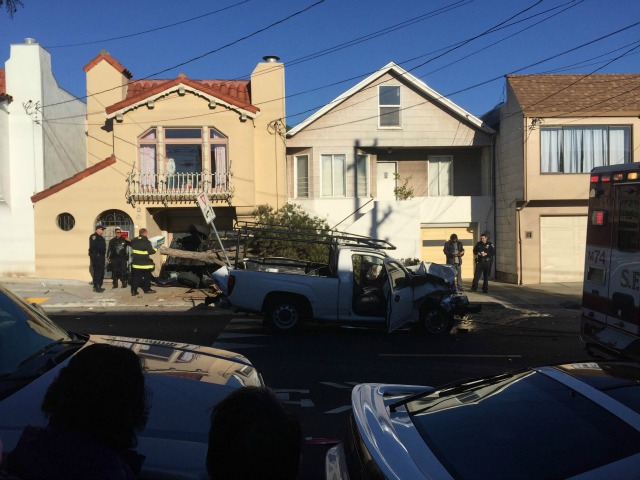 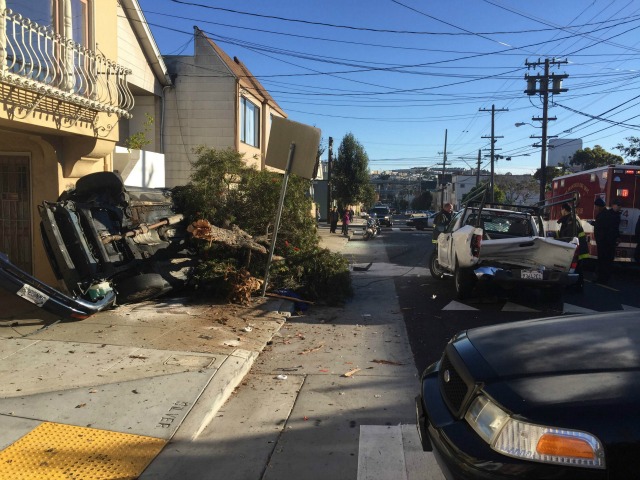 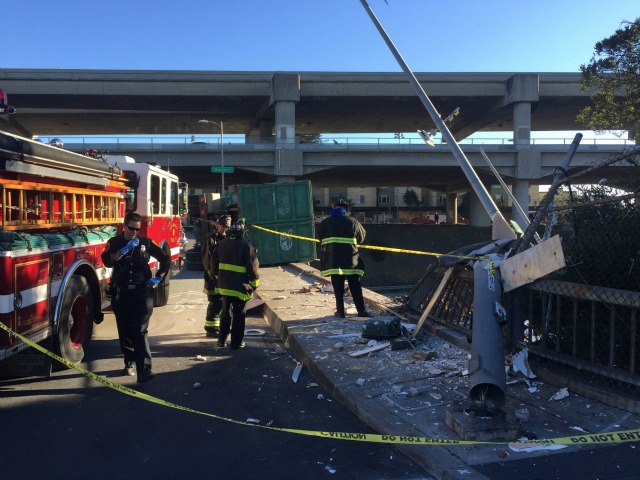 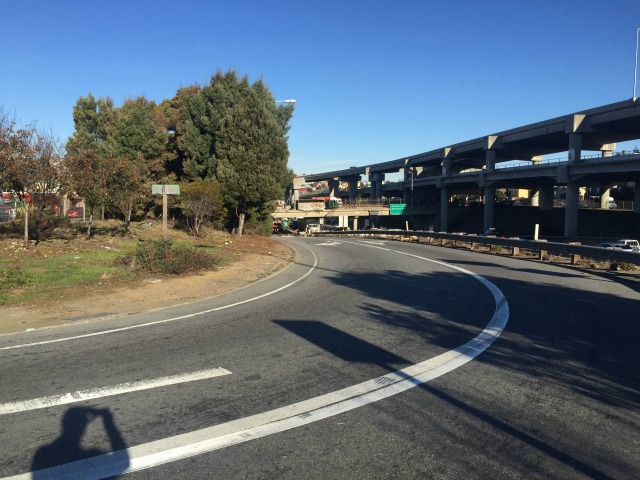 A brief, blurry, far-away snippet of surveillance video from a parking lot beside which Sunday's pedestrian hit-and-run occurred may show the Hot Cop of Castro Christopher Kohrs fleeing the scene on foot. Meanwhile,

Jay's typically pretty stoic, but I could hear him panicking over this possible loss of this cheeseburger. [SFist] Barry Bonds might become a hitting coach for the Miami Marlins. [Associated Press] Who needs