Often described as a "boy next door" type in the mainstream media, for whom he had enough crossover appeal to star in novelist and screenwriter Bret Easton Ellis' universally panned film The Canyons alongside Lindsay Lohan, Deen was even heralded by some as a feminist following a reverential 2012 profile in GQ.

Now that neatly tied reputation is coming undone as victim after victim confronts Deen, such as one anonymous accuser in a harrowing account to LAist and another, Tori Lux, in an essay on the Daily Beast.

Specific to Kink, performer Ashley Fires accuses Deen of assaulting her in the Armory building while shooting for Kink. the Daily Beast quotes her.

The only time I’d ever seen this guy, he walked into the green room at Kink [studios], picks up another performer like a caveman, grabs her by the hair, and takes her off somewhere and I can only imagine... Later on that night, I was getting out of the shower of the communal bathroom at Kink, I reach for my towel to dry off, and he comes up from behind me and pushes himself and his erection into my butt,” she continued. “He pushes me against the sink and starts grabbing on me and I was like, ‘No, no, no James, no,’ and he released me from his grasp, and says, ‘You know, later if you want to fuck around I’m in room whatever-it-was. I was like, ‘Fuck you.’ I didn’t even know this guy, he was so out of line and entitled with my body.”

Fires maintains that Deen attempted to silence her a year later. 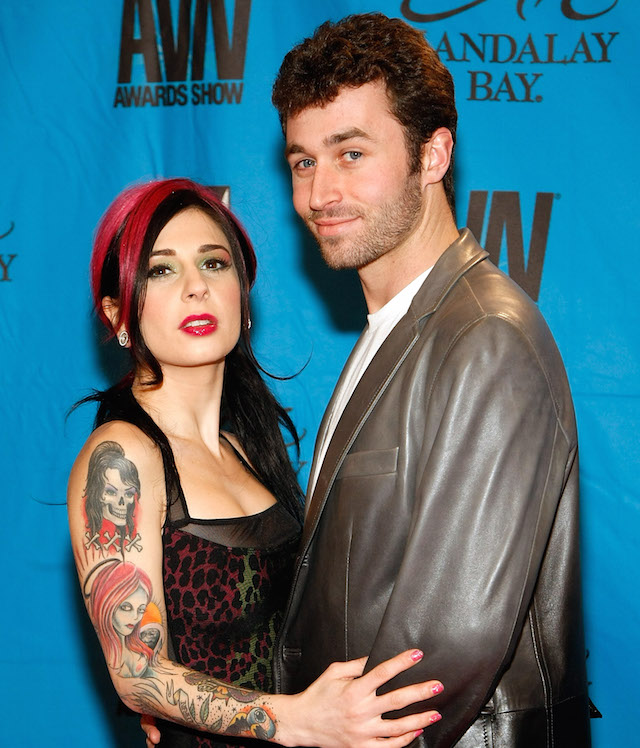 The Daily Dot and Buzzfeed obtained the following email from Kink CEO Peter Acworth to staff.

I know many of you are still processing the allegations about James Deen, and that many of you may have had personal or professional relationships with him. While these are still allegations, it's important that we respect the stories and courage of the women who are coming forward.

To the Weekly, Kink issued this statement, which echoes the above.

Our performers deserve not only safe sets, but the ability to work without fear of assault. Rape or sexual assault, with or without a safe-word, off-set or on, should never be accepted as a hazard of adult production. While many of the allegations against Deen are new, the pattern is alarming. Over the coming weeks and months, we will review our Model Bill of Rights to strengthen rights of performers off-set, and work with the larger industry to help performers to have been assaulted to more easily come forward.

Following close on the heels of Kink's decision, another studio, Evil Angels, will cut ties with Deen Deen — for the time being. “In light of the recent accusations against James Deen, Evil Angel today has decided not to sell any newly created scenes featuring Deen,” said John Stagliano,company founder and president. "While our company presents what is consensual and exploratory about aggressive and rough sex, these accusations are of a nature so contrary to our company values that we feel it necessary to suspend the sales until more information is available."

Also following the accusations, Deen has been suspended from his role as columnist at Lifestyle website The Frisky and resigned from The Adult Performer Advocacy Committe.

According to a recent telephone survey, the more frequently people ride the San Francisco Municipal Transportation Agency's buses, trolleys, and trains, the lower they rated the transit system's service. That's just one of

Middle school is hard enough as it is, but that teeming cauldron of hormones and insecurity got a little harder over the Thanksgiving holiday for the students of Visitacion Valley Middle School after