Emergency crews performed a daring rescue early Saturday morning, after a driver hurtled off the road, down a cliff, and into the rapidly-rising Stinson Beach waves.

It all began at around 11:50 Friday night, when a report of a crash on Shoreline Highway just south of Stinson was called into the Marin Area Office of the California Highway Patrol.

KRON4 reports that the caller couldn't pinpoint the exact location of the wreck, but "it was learned that both occupants were seriously injured and at risk of being fully submerged as the tide was coming in." 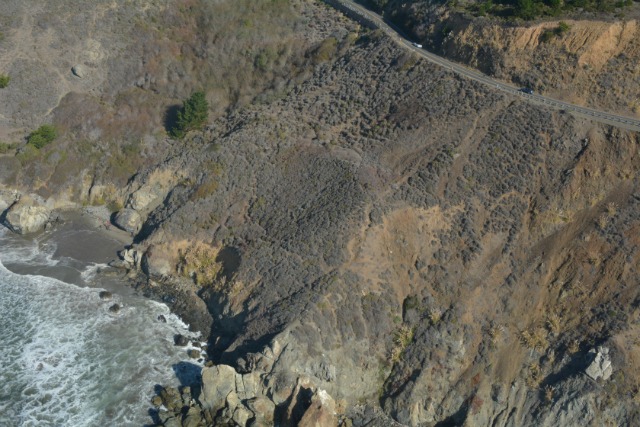 Mindful of the rising tide, CHP crews (including a helicopter) as well as officers from the Marin County Sheriff’s Office and Marin County Fire all joined in the search, and located the vehicle perched precariously at the base of the cliff by around 12:20.

Just 20 minutes before high tide, at 1:15 a.m., MCF pulled a man and woman from the car. Both are Stinson Beach residents, according to the Chron. 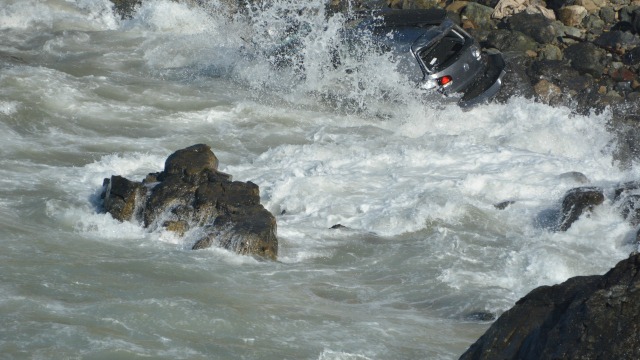 The CHP isn't kidding when they tell us that the car's occupants were at risk from the rising tides. Photo: CHP

The tides prevented removal of the vehicle until Saturday afternoon, when tow equipment was used to pull the car from the shoreline.

According to the CHP, neither drugs nor alcohol are believed to be a factor in the crash, but "our preliminary investigation indicates drowsy driving may have contributed to the collision."

According to the CHP, the car traveled all the way down this cliff before landing at the water's edge. Photo: CHP

When his son turns 16 in three-and-a-half years, Chris Urmson of Google's driverless car project doesn't want to take him to the DMV for a driver's license. Maybe that's a personal anecdote about

As more details arrive about preparations for the eight-day Super Bowl 50 celebration in SF, we learn that "about a dozen" Muni bus lines, including the F-Market streetcar, will be disrupted by the