I've written about a lot of bank heists over the years, and if I had one piece of advice for aspiring robbers, it's this: Make sure there is absolutely nothing remarkable about your appearance. Because one of the ways Johnny Law convinces dummies like me to write about you is by calling out interesting details (green hair, drag, etc) in a thief's look, and the next thing you know people are recognizing you from your media coverage and you're behind bars. That appears to be the FBI's (successful, since I'm writing and you're reading this) strategy behind a media push on their latest miscreant: the "Droopy Face Bandit."

And, no, before you ask, the guy isn't walking around in a Droopy (the cartoon dog) mask: It's his actual face that the feds are calling "droopy," apparently a reference to the suspect's "droopy cheeks."

According the the FBI, they believe the man is responsible for at least 10 San Francisco bank robberies since 2007, mostly within "predominantly-Asian" neighborhoods like Chinatown and Clement Street.

Though no one has even gotten hurt in any of the heists, the FBI says that “In each case, he has used a note to demand money from the tellers and has led them to believe that he possessed a weapon...The suspect has alluded to having a weapon in all of the robberies and has flashed a gun in some cases,” leading them to describe him as "armed and dangerous."

He's described by the FBI as an Asian male in his 60s. They say he has a very small build, and stands about 5’3″ to 5’7” tall. He has "a light complexion and droopy cheeks," they say.

The FBI is offering a $5000 reward to anyone who provides them with any information that could lead to the arrest and conviction of this man. If you know anything, you're asked to contact the FBI’s San Francisco Field Office at (415) 553-7400.

And before you ask, no, this isn't him. 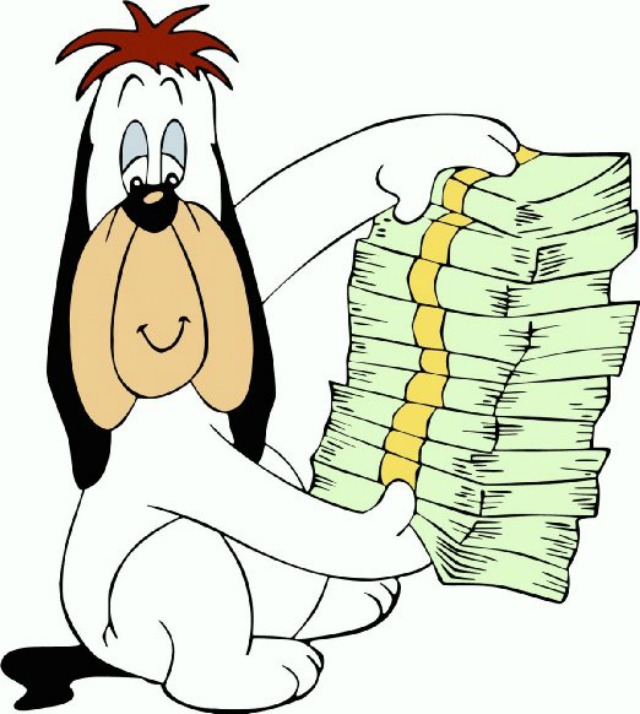 Photo of Droopy the dog with an undisclosed amount of cash: Amazon.com

Popular burger pop-up WesBurger, from chef Wes Rowe, will now be getting its very own brick-and-mortar location at 2240 Mission Street (at 18th), in the former Palacio Latino space, to be called WesBurger