NASA's shuttle program was shuttered a few years back, and Hollywood has reacted to this by producing a number of movies that center on astronauts and their adventures in space; if you can't be it, dream it. And now it seems like space itself is reacting to the slowing of NASA, basically screaming at us to get back up there: "LOOK! WATER! COME! NOW!"

The Martian stars Matt Damon as Mark Watney, an astronaut who is left behind by his crew after they assume he was killed by the sand storm that forced them to abandon Mars before the end of their mission. At first Watney fears the worst: that he's just going to starve to death up there, since he has limited food and no way of contacting his crew or anyone back on Earth. The rest of the movie is about how he — and his fellow NASA scientists — solve those, and many other problems.

I read Andy Weir's original novel and, frankly, it was one of the most boring books I've ever read. But I will freely admit I just don't have the kind of mind that's entertained by math and lengthy — and I do mean LENGTHY — explanations on exactly how you can grow potatoes on Mars using your own crap. For me, the book was a fantastic story, poorly told. The movie takes that story, and tells it exceptionally.

It's fitting that it comes from director Ridley Scott, whose Alien is a perfect dark counterpart to The Martian. While both are, ultimately, about trying to survive in the inhospitable realms of space, Alien narrows that survival down to one woman having to figure out how to do that on her own. The Martian is about how even the smartest guy on Mars can only get so far before needing help from a bunch of other smart men and women back on Earth.

Unlike the recent Gravity and Interstellar, The Martian doesn't wander off into deep philosophical realms. Instead, it sticks to facts, problem solving, and science. And while this may sound incredibly dry and boring, (as it often was in the book), thanks to a strong and very humorous performance from Matt Damon, and Scott's veteran direction, it's unapologetically entertaining, with a pretty simple message: Space is pretty amazing; but there's nothing more amazing than the capabilities of the human mind.

1. Man On Wire, the documentary that inspired this movie, which chronicles Philippe Petit's actual tightrope walk across the then unfinished World Trade Center, is excellent. See it.

2. Can you suspend your disbelief more than you normally would at a movie, knowing for a fact that Joseph Gordon-Levitt was not filmed anywhere near the top of the Twin Towers since, you know, the Twin Towers don't exist anymore?

3. The World Trade Center was destroyed during a horrific terrorist attack that resulted in desperate victims flinging themselves off the towers, falling to their horrible deaths. But OK, let's watch a movie where the central thrill is whether or not the guy will fall to his death from atop of the World Trade Center. 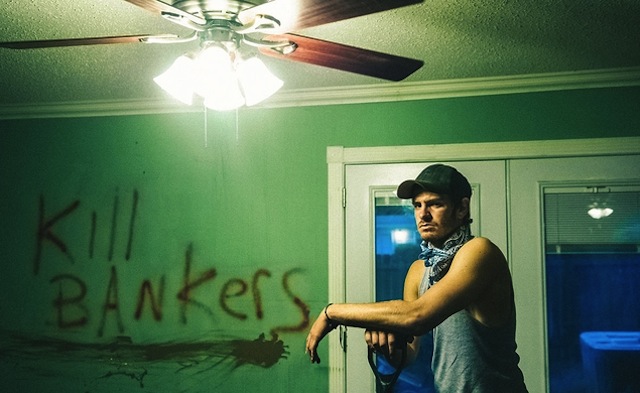 Andrew Garfield and Michael Shannon star in this drama set during the peak of the housing market crash, in a story that's bound to hit a few nerves in the eviction-happy town of San Francisco. 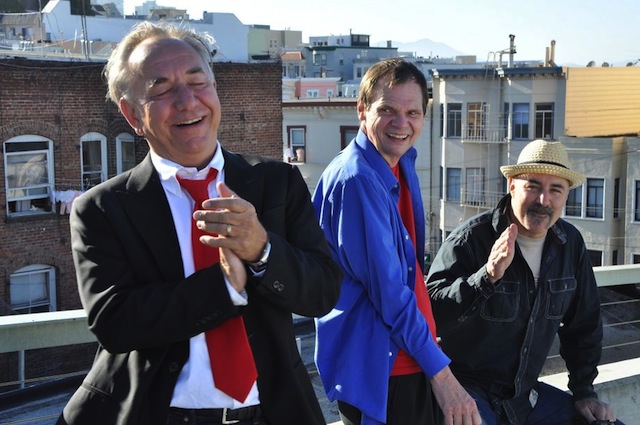 As a San Francisco native and a stand-up fan during the 1990's, I have a few opinions/stories about the three comics featured in this documentary. First, Larry "Bubbles" Brown was always one of the funniest, weirdest, and most depressing guests on the Alex Bennett morning radio show, but I never got around to seeing him live. Second, Will Durst once made a drunken pass at a friend of mine as we were drinking in the Stadium Club during a Giants game at Candlestick. And finally, Johnny Steele eventually took over the time slot previously held by the aforementioned Alex Bennett, and...well, yeah. The less said about that, the better.

All three comedians will be performing at the movie premiere tonight at the Roxie.

If you buy a used grill and find a human leg in it, can you keep it? That's probably not the first thing someone in that scenario would ask, but for North Carolina entrepreneur Shannon Whisnant, it was, especially when the whole thing turned him into a local celeb. Or does the leg rightfully belong to the person who, well, used to actually use it? Amputee John Wood thought so, and the fight over his leg would change the lives of both men forever.

It's a story that, on the surface, seems tailor-made for easy laughs, and the documentary Finders Keepers has its share. But once that's out of the way, the film delves into the lives of these two men, and reveals some really interesting and heartbreaking things, like deep-standing class rivalries; addiction in the face of tragedy; and how an aching need for acknowledgment can manifest itself in a quest for fame. Any kind of fame.

After months spent securing signatures from various marine and wildlife groups, Caltrans has the final permits necessary from the US Army Corps of Engine to demolish, via implosion, the largest pier of the

This history of Muni's graphic art is really interesting! [Moving SF] Someone is stealing and killing pet cats in San Jose. [KRON4] You guys can relax: The high-end jewelry store driven out of

—
SFist At The Movies: The Martian, The Walk, 3 Still Standing, Finders Keepers
Share this