The good news is, M. Night Shyamalan has made his best movie in years. The bad news is, it's another damned found footage horror movie.

The divorced mother (Kathryn Hahn) of Rebecca (Olivia DeJonge) and Tyler (Ed Oxenbould) had a falling out with her parents when she left home at 19, and hasn't seen them since. But after receiving a phone call from them wishing to meet their grandchildren, mom has a change of heart and allows a week-long visit. (This time apart also allows her to take an extended cruise with her boyfriend.)

Rebecca is an aspiring filmmaker, and decides to film the entire event and turn it into a documentary — hence the found footage conceit. I will grant Rebecca this: She has the presence of mind to set her cameras up on tripods and other solid surfaces much of the time, so the movie has a little less of the shaky, vomit-inducing camera work of the majority of the genre. As a teenage filmmaker, Rebecca is also pleasantly pretentious as she narrates her footage, (but the less said of brother Tyler's rapping, the better).

At first, Nana (Deanna Dunagan) and Pop Pop (Peter McRobbie) seem nice, if a little distracted. Nana loves to cook, and Pop Pop putters around their farm, chopping wood and trekking out to the shed. A lot. But then, bed time arrives, (at 9:30 p.m. which is simply appalling to the wifi-less kids), and things start to get weird.

The first real scare of the movie is genuinely startling, because it's so weird. But as the movie progresses, Shyamalan tends to rely too much on conventional frights: faces suddenly appearing on screen and images of a long-haired woman crawling across the floor straight out of numerous Japanese and now, too many American, horror movies.

As the visit, and The Visit progresses, it's clear there's something seriously wrong with the grandparents. The film plays up on fears many people have of the elderly, from dementia to incontinence (and hoo boy, does that bit have a disgusting payoff) that, unfortunately, at times borders on a distasteful prejudice. That the kids have some genuine mental issues of their own to deal with adds to the feeling that this is one fucked up family line, and anything could happen.

The twist — this is M. Night Shyamalan, of course there's a twist — isn't as ridiculous as Shyamalan at his worst, and works perfectly well for the story, even if it's hammered home more than it needs to be. While both actors playing the grandparents are great, I have to single out Deanna Dugan's portrayal of the grandmother. She does some really spooky and...revealing stuff in the movie, and doesn't hold back.

This Sunday is, probably no coincidence, Grandparents Day. If you plan on seeing yours to celebrate it, maybe do yourself a favor, and save a viewing of The Visit for some time afterwards. That way you won't get freaked out if grandma asks you to help clean the oven after dinner.

Sanaa Lathan and Michael Ealy star in this domestic violence/stalking drama. Because apparently entire movies can be made about how a woman might have a hard time deciding if her OBVIOUSLY VIOLENT PSYCHO BOYFRIEND is the right guy for her. 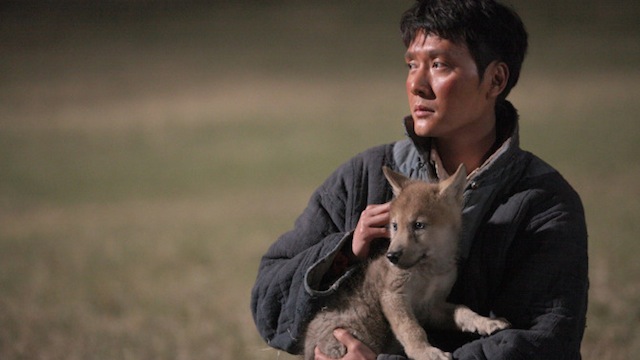 Director Jean-Jacques Annaud brings the semi-autobiographical novel to the screen. The story follows a young Chinese student who is sent to Mongolia in 1967 to teach the natives Chinese during the Cultural Revolution. While there, the student adopts a wolf cub, but soon learns the wolves are threatened with eradication by the government. Oh man. Puppies and pistols. This is gonna be a tear-jerker. 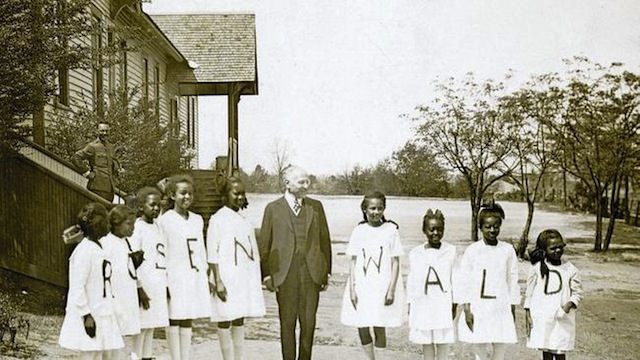 Documentary about Julius Rosenwald, the Jewish high school drop-out who eventually became the president of Sears. As a wealthy philanthropist, he joined forces with African-American community leaders during the Jim Crow South years to help build over 5,000 schools that eventually produced some of the leading African American intellectuals of the time, including W.E.B. DuBois, Ralph Ellison, Zora Neale Hurston, and Langston Hughes.

Time Out Of Mind - Opera Plaza

Richard Gere chops of his silver fox locks and gets grimy for this drama about George, a homeless, mentally ill, alcoholic man trying to make it through another week in New York City. He moves from the street, to a shelter, and back again, while also trying to gain some financial assistance. Lack of the right forms means a frustrating trip through bureaucracy, and attempts to reconcile with his estranged daughter (Jena Malone) are equally frustrating. Ben Vereen costars as a very, very, VERY chatty fellow homeless man that latches onto George.

Gere is pretty convincing most of the time, except when he walks; he's got a strut that reads a little too confident for the street person he's playing. Still, it's nice seeing him break out of his usual "together" roles. Director Oren Moverman films much of the movie from a distance, shooting through windows, across streets, and from rooftops, which provides a sense of on-the-street immersion and eavesdropping into the life of the homeless. It's just too bad so much of the movie meanders, never earning its prolonged running time.

—
SFist At The Movies: The Visit, The Perfect Guy, Wolf Totem
Share this