Call it the Mid-Market Marais.

Bon Marché has shrunk that famed Parisian quartier — with all its wine, pastry, and flower stalls — down to 7,500 square feet on the first floor of the not-coincidentally named Market Square Building, home to Twitter and others.

And, as the food blogs (SFist included) have been following closely, the mini-district from owner Matt Semmelhack of the Mercer Group (AQ, TBD) has set its opening for this Friday. 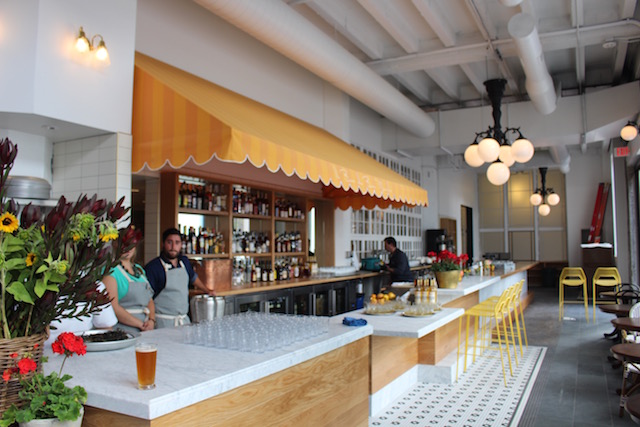 While that group's executive chef/owner Mark Liberman oversees the menu, he's handed the toque to Matthew Sieger as executive chef. At lunch, expect fruits de mer, sandwiches and your fair share of charcuterie. Terrines, roulades, and pâté are all made in the space's massive open kitchen. Then, in the evening, chef will prepare brasserie standards including rich offerings like veal sweetbreads and duck au poivre. 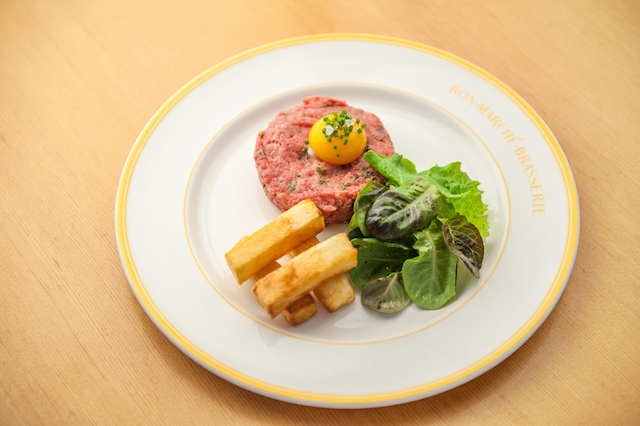 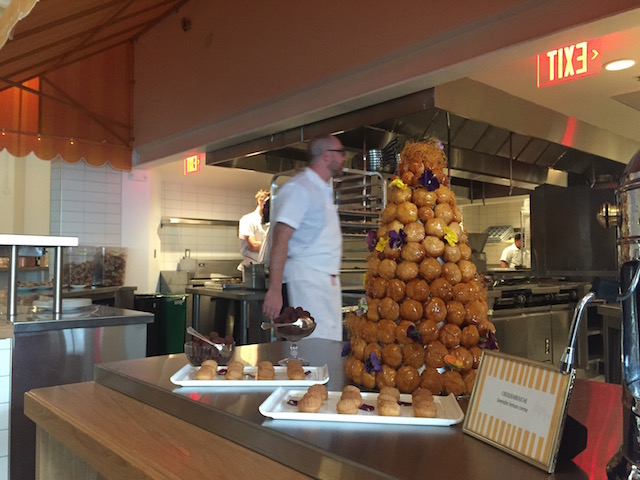 One of Rikki Garcia's creations: a traditional croquembouche. Caleb Pershan/SFist

Over at the bar — managed by Eric Quilty — sip seasonal cocktails named for the classics of French cinema (think La Grand Illusion, made with with apricot-infused Oloroso sherry).

Or would you prefer a house-brewed farmhouse ale with lunch? Two French-style beers will always be on tap (that is, as soon as they've finished fermenting, which is to say not quite yet) courtesy of master cicerone Rich Higgins, who consulted on the operation, complemented by a tap list comprising ten others.

Wine connoisseurs, however, will duck over to a dedicated bar for selections from wine director Allegra Angelo. For the edification of experts and the education of novices, those are organized by region, varietal, price, and food pairing 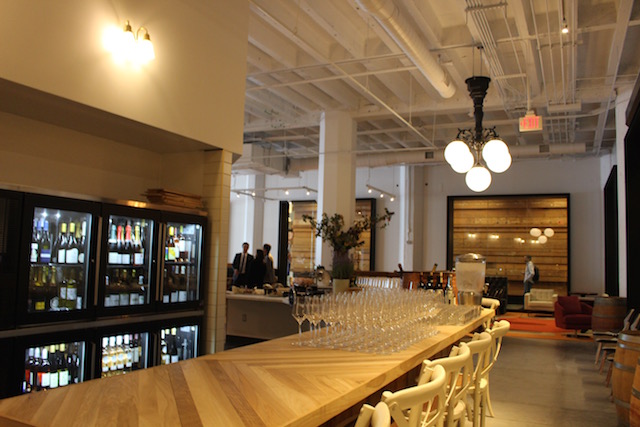 The first thing you'll notice about Bon Marché, though, I've saved for last. Your nose is greeted by a flower shop from the floral design sisters Tango and Foxtrot.

Considering recent openings like the Cadillac, Dirty Water, and of course The Market (on Market), Market Square is definitely living up to its name. 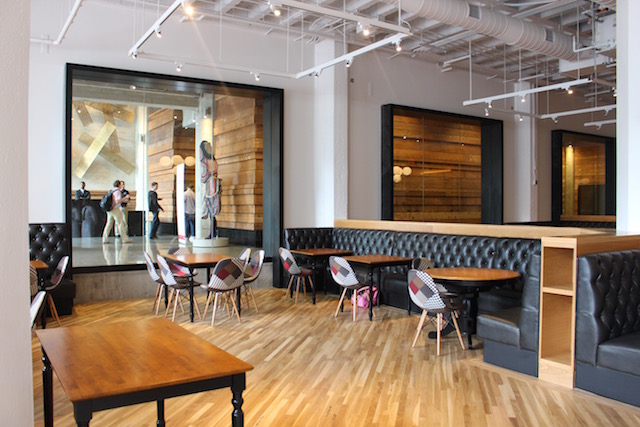 The satirical web series Tech Boom!, which I reviewed here last fall, has just come out with a second "season" of five brief episodes, of which the one above may be the funniest

A site called Metrocosm gathered every shoot notice posted or distributed to San Francisco city residents since early 2013 to create this interactive map. The map is an interesting snapshot of just how

—
Bon Marché Opens For French Fare, Wine, And Flowers This Friday
Share this