A neighborhood cat has become such a fixture at a San Jose high school that it has issued a student ID for it. 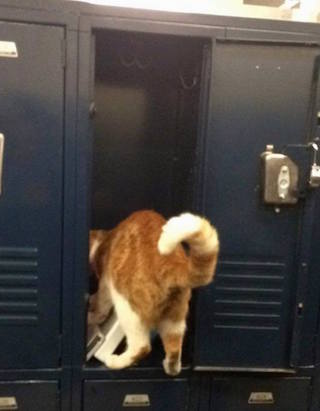 Bubba the cat was officially issued a Leland High School card in July and underneath the bar code it simply reads "Feline." The cat, adopted by the family of Amber Marienthal in 2009, officially lives behind both Leland and Bret Harte Middle School, but during the day the cat loves to roam the halls of bot schools. Although both of Marienthal's sons attend Leland, "He's more there for everyone," Marienthal told the San Jose Mercury News.

The cat is so sociable and has so much wanderlust that it sometimes gets him into perilous situations. He sometimes lays in the middle of the school soccer field during practice, vying for attention, and once got himself locked in a classroom for 36 hours. "He's really social and he has no fear," Marienthal says. "I'm surprised he's still around."

Bubba has become such a presence at the school that the students, teachers, and administrators all have come to tolerate his presence. Just don't indulge him, as one teacher made the mistake of doing. "Bubba would meow for treats," said Marienthal. "[The teacher] got sick of the noise."

Although Marienthal has put up a Facebook page on Bubba's behalf, there's a limit to the extent that she'll manage her cat's Internet media presence.

"People want me to get him on Instagram—I only have so much time to devote to my cat's social life." 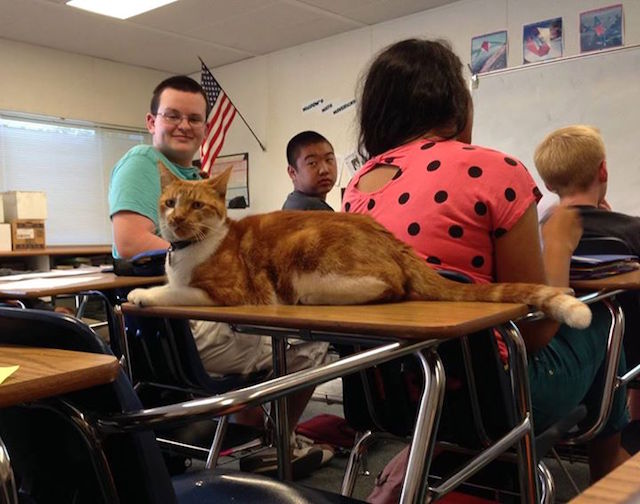 Piles of bug carcasses, inches deep, cover small California towns: "They're in everything" http://t.co/iKBHSRxPnW pic.twitter.com/qiy8NEmhQW— CBS News (@CBSNews) August 21, 2015 While the playa had been dealing

The [SF Chronicle] takes a walk with a woman who calls the cops any time she sees a struggling homeless person (and the Coalition on Homelessness thinks it's great). [Update: Jennifer Friedenbach, Executive