We've been hearing news for a couple months now about Belga, the new Belgian concept coming to the grand former Cafe Des Amis space on Union Street, and now it's finally going to be making its debut on Tuesday, May 12. It's the dream of local restaurateur Adriano Paganini (Beretta, Starbelly, Delarosa, Lolinda, Super Duper), and perhaps his biggest project to date after Lolinda, and it will be one of only two Belgian spots in the city  counting La Trappe in North Beach, but not counting Frjtz.

With the help of designer Hannah Collins, Paganini and his team have lightened the space from its Cafe Des Amis days, while keeping the Paris-inspired zinc-topped bar. And Collins found inspiration in European collage art and worked with local artist Melissa Wagner to create new custom artwork for the space. All told, there's a lot more light wood where there once was black paint. 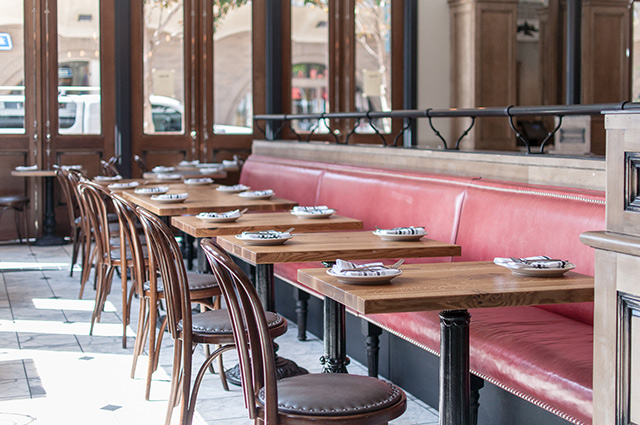 The executive chef is Freedom Rains (that is indeed his name), and he's honed his skills in the kitchens of Boulevard, Flour + Water, RN74, and Incanto. In the menu at Belga he's had the challenge of combining the influences of Belgian cuisine, which are equal parts native Belgian, French, and German, with a modern California viewpoint. The full menu, which you can see below, is anchored by spins on the classic mussel dish most associated with Belgium (moule frites), as well a meaty selection of dishes from the wood oven including some house-made sausages, and an 18-oz. New York steak for two. There is not, however, a moule-frites combination on the opening menu  per the team, for the sake of value, they've separated out the mussels dishes so that diners get more mussels on the plate, with the option of ordering frites on the side.

Cocktails are being overseen by Nora Furst and bar manager and Certified Cicerone Ryan Murphy, who joins the team after stints at Abbot's Cellar/Monk's Kettle and Pi Bar. The bar program is heavily beer-focused, with beers and ciders from both northern Europe and the US. Cocktails include things like the Rue du Moulin, a French twist on the Negroni using armagnac in place of gin; and the Oude Cobbler using aged genever, lemon, sugar, berries, and sherry.

Take a look at the photos of the remodeled space, which will be getting a test run for friends and family this weekend. 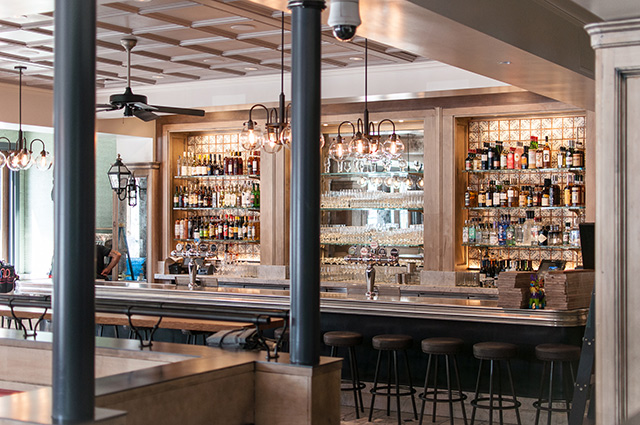 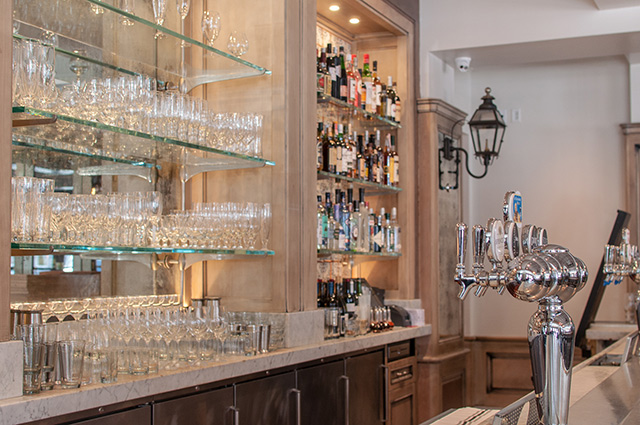 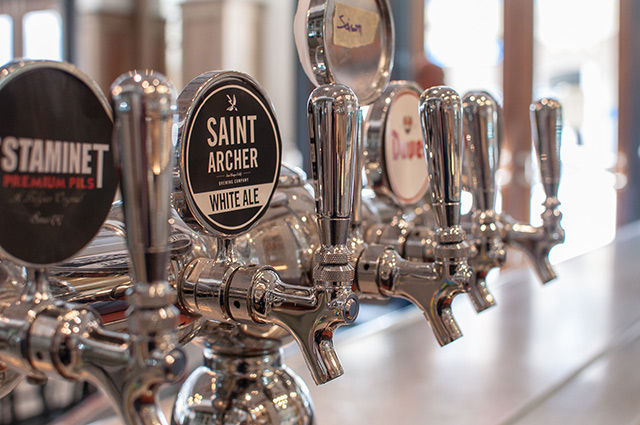 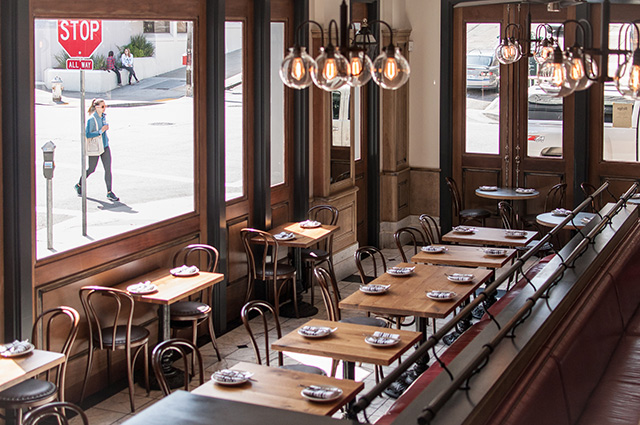 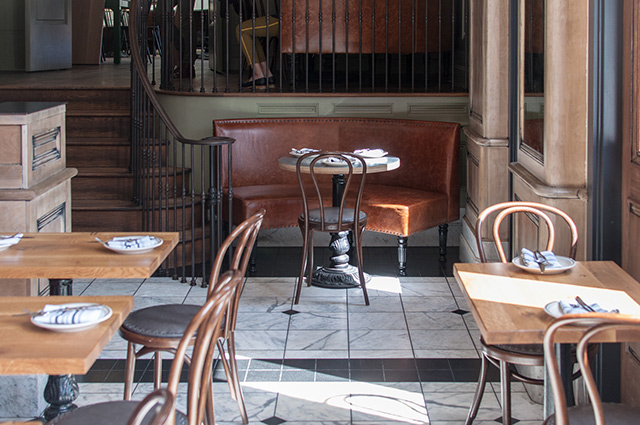 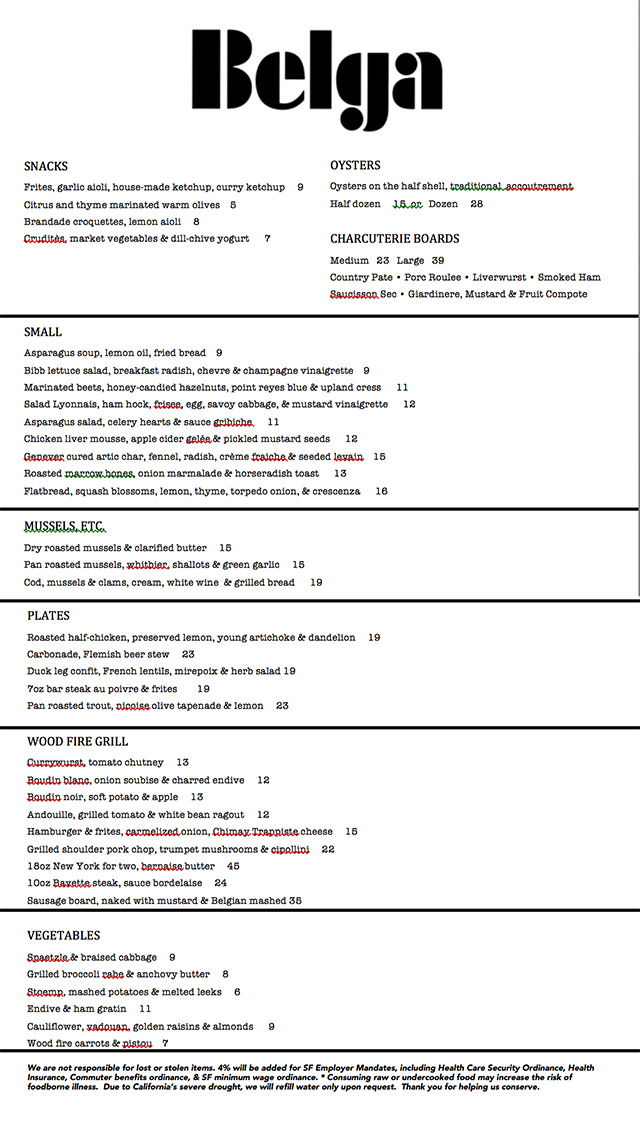 According to a Facebook event to bid farewell to the 40-foot tall dancing woman sculpture that's graced Treasure Island since 2011, a previous de-rusting didn't fully protect the piece from sea breezes, and

When landlords Darren and Valerie Lee evicted the tenants of 3073-3075 Clay Street nearly a decade ago and decided to turn the units into swanky tourist lodgings, they likely expected to rake in

—
Step Inside Belga, The New Belgian Brasserie In The Former Cafe Des Amis
Share this