The Golden Gate Bridge, completed in 1937 and designed by Joseph Strauss, Irving Morrow, and Charles Elli, was actually reimagined several times. To preserve Fort Point, which was to otherwise be demolished, Ellis needed to design a second "bridge within a bridge." That's the smaller steel arch below the bridge, pictured above on the left. And before that, there's this design, a 1924 mock-up from Allan Rush from the book The Gate: The true story of the design and construction of the Golden Gate Bridge. 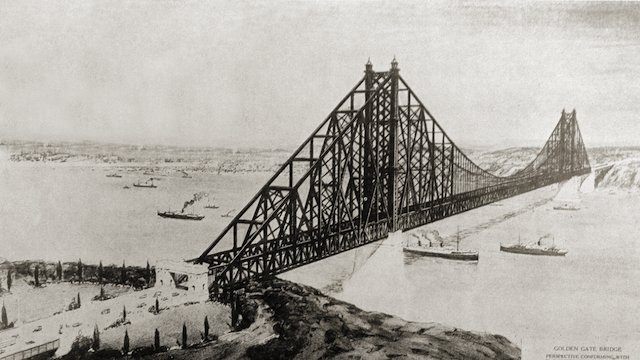 The unique color choice for the bridge is the subject of much speculation, and again, it didn't have to be the way it is. Technically it's called "international orange," and it was Morrow's suggestion when he noticed a striking primer painted on some of the bridge's steel. The Golden Gate is not named for the color, but for the location, since it's built above the Golden Gate Strait.

Many times since then, dreamers have messed with our picture of the bridge, either for the purposes of planning or merely for the sake of imagination. One popular redesign, actually approved according to the Toledo Blade in 1971 but never seen through, was a second, lower deck. 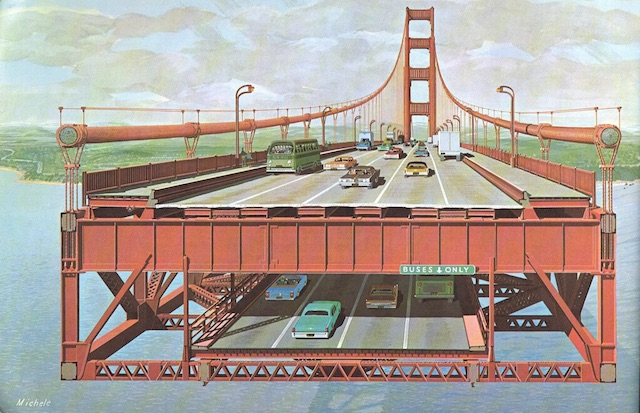 Speaking of a second deck, there's a Robin Williams film from 1999, Bicentennial Man, that imagines the bridge's futuristic new look and route. 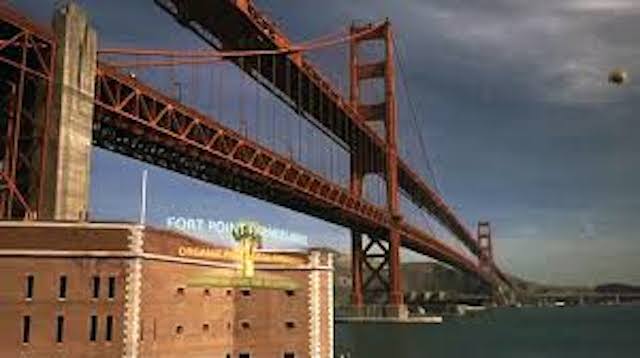 Everyone has destroyed the bridge over the course of cinematic history, but that's not really reimagining it, so much as it is un-imagining it. Anyway, stop it Hollywood, we know you're just jealous!

Most recently, Disney gave the Golden Gate Bridge a new look for its film Big Hero 6 which was set in a hybrid city called San Fransokyo. Here's a postcard someone made with a mock up created for the movie. 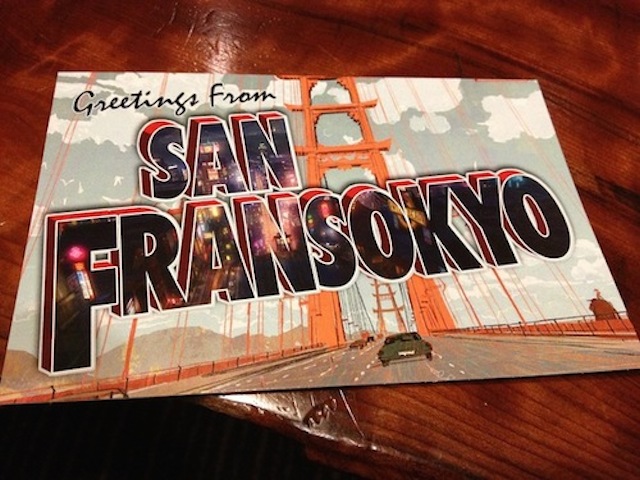 For perhaps as long as the Golden Gate Bridge stands, which is to say as long as Godzilla sleeps, we can continue to expect people to play with it, create art around it, and reimagine it. One new design, that's gone from imagination to reality is a barrier to keep anyone from jumping off of it. About 1,600 people have killed themselves that way since the bridge opened. Soon, there will be these, as the Mercury News reports. 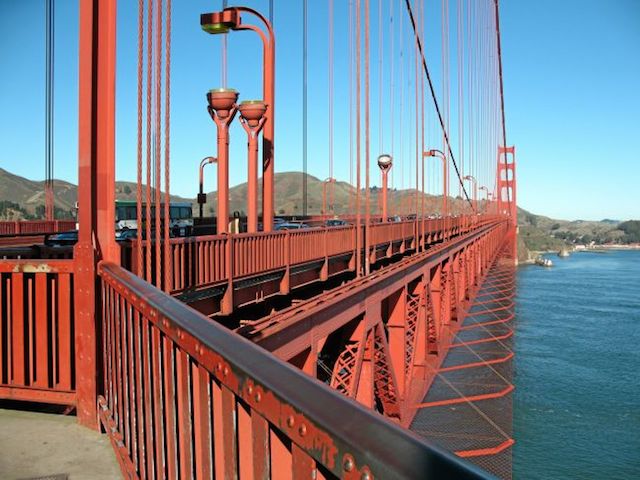 Jonathan Kauffman penned a piece about why upscale vegan spot Millennium leaving SF matters (even though they're just moving to Oakland). [Inside Scoop] The Chron's Tony Bravo attended that Miss Russian pageant at

AQ restaurateur Matt Semmelhack and chef-partner Mark Liberman have been a major expansion project at the Twitter building (a.k.a. Market Square at Market and 10th) for well over two years now,