The next project from the Ne Timeas Restaurant Group (Flour + Water, Central Kitchen) is Aatxe (2174 Market Street, pronounced aah-CHAY), a Basque restaurant on the street level of the Swedish American Hall building  in what was formerly a coffeeshop. It's the pet project of former Central Kitchen chef de cuisine Ryan Pollnow, who'll serve as executive chef here, and it's set to open tomorrow, Friday, April 17. And this is one of two projects the group has going in this building  downstairs, by early summer, they'll be re-opening Cafe du Nord as a full-service restaurant and lounge featuring American bar food, and occasional musical performances on the intimate stage.

And like Cafe du Nord downstairs, Aatxe features a bar program by the Bon Vivants (Trick Dog), with a full cocktail menu, beer and wine, gin and tonics on tap, and aperitifs like the Zuzi (brandy, cava, seville orange and rosemary scented sugar).

Pollnow says he "fell in love with the eating and drinking culture" of Spain and its tapas bars after visiting the country early in his culinary career. "The idea of traveling from bar to bar enjoying snacks and drinks in a lively, convivial atmosphere is an essential part of the social culture there, one that I wanted to bring back to San Francisco," Pollnow says.

And it's true that while tapas became a trendy thing in the national food scene 20 years ago now  restaurants like Zarzuela in Russian Hill and Picaro and Esperpento in the Mission are relics of that first wave, which ultimately gave birth to the small plates trend overall  San Francisco doesn't have such a wide array of authentic Spanish tapas experiences besides Coqueta and Bocadillos, both of which are way downtown.

Aatxe will be serving a lot of very Basque stuff, through a California lens, that you won't find elsewhere like mussel croquetas; lamb crudo with Anchoa, peas, and green almond (pictured below); morcilla (blood sausage) with chickpeas, braised pork cheek, snap peas and pine nuts; tuna conserva toasts topped with cured duck; and octopus with kohlrabi, avocado and salsa verde. (We'll update you with the full menu once it's live.)

The new restaurant's design by Stellah DeVille is meant to evoke a worn-in Spanish bar with modern touches. As DeVille told SFist, "It's like if it was a European cafe that the parents or grandparents opened and now the kids have taken it over and remodeled a little." The space now features a chevron-patterned white oak floor, hand-patina'd pressed-tin tiling around the kitchen, white marble countertop bars, and custom light fixtures that evoke mid-century modernism.

The reservation books are open now for tables starting tomorrow, however online reservations are only for parties up to four people. Otherwise you need to call or email the reservationist at 415.471.2977 or [email protected] (phones are open as of today). 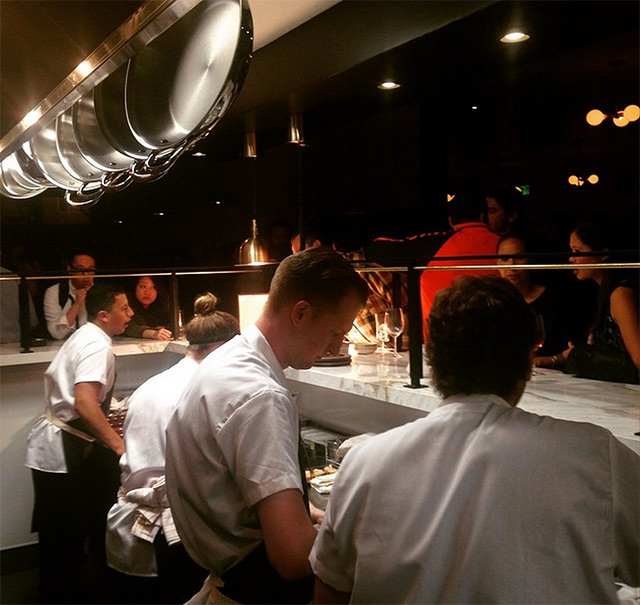 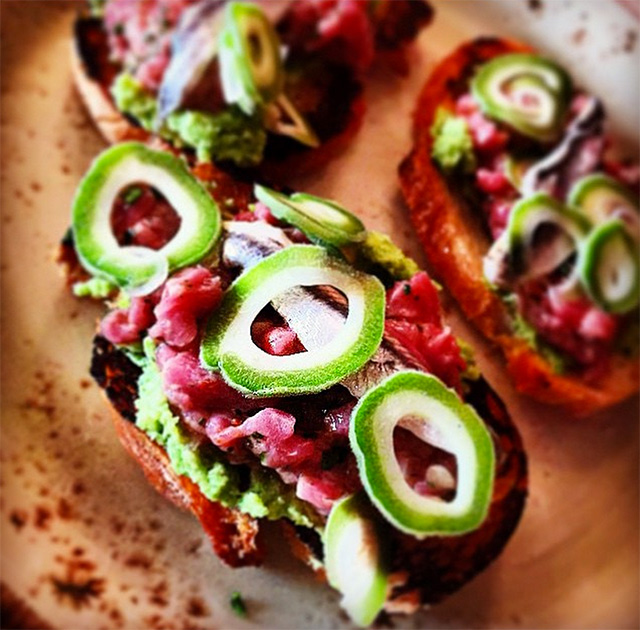 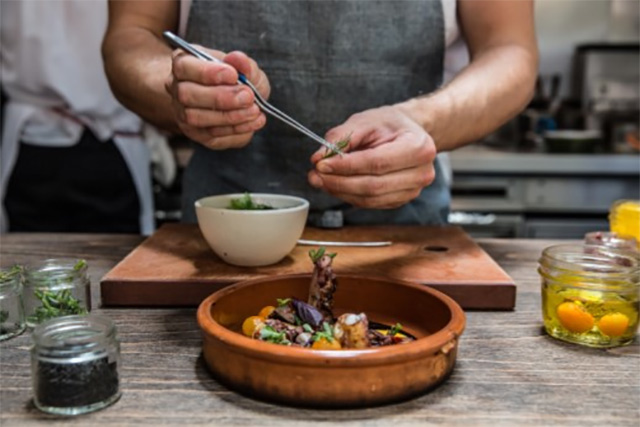 Aatxe - 2174 Market Street at Sanchez - Opening Friday, April 17 - Serving dinner Sunday to Thursday 5:30 to 11 p.m., and until midnight on Friday and Saturday.

The view from inside the open kitchen. Photo: Instagram

Perhaps reinforcing the idea that the divide between the haves and have-nots of San Francisco is very stark and wide these days, a new report by the city estimates that about an eighth

Imagine the horror of being publicly shamed by a concerned citizen after blowing through an intersection on your bike along the Wiggle. Well, you won't have to imagine it much longer. Next Thursday