This is not a joke. This is the world we live in. The above, ramshackle, four-bedroom home, albeit with unobstructed views of the ocean along the Great Highway, just sold for $1.2 million  which is, as Curbed notes, $411,000 over its $799,000 asking price. It's probably a tear-down. The listing even said it's "in a deteriorative state" and it is "not for the novice," but the buyers obviously think they can work with this  including the disaster of a kitchen you can see below. It also appears the house was in much better shape when it last sold just seven years ago, in 2008, but its recent owners really let it go.

Hey, why not pay $1.2 million for oceanfront land? 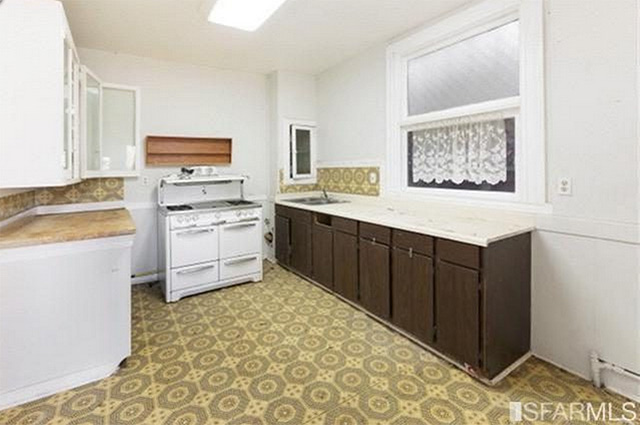 Good drinks tell a story, and this is the story of those drinks. Each week, we serve up a remedial cocktail lesson for bartending beginners to help you get the most out of

Beat poet and publisher Lawrence Ferlinghetti has seen San Francisco through many eras of change. Arriving here in 1951 at the age of 31, the 95-year-old North Beach resident knew the city at