This is the first in a series of pieces in which SFist is going to school you  at least those of you who don't already know  how best to do certain important activities around the Bay. Sometimes your Facebook friends are slow to answer these calls for help, and Yelp can be highly unreliable. Expect future guides to explain the ins and outs of Marin hiking, The Fillmore, AT&T Park, and more.

Tonight and tomorrow, Widespread Panic is playing at Oakland's gorgeous, historic Fox Theater (tickets still available). What's that you say? You've never been? And you're worried about riding BART beyond Embarcadero? Allow me to hold your hand through this, because, honestly, it's really easy, and the Fox is rad, and there's a bunch of cool stuff around there that you should really check out before or after the show.

How to Get There
If you live in the East Bay, it seems insane if you haven't been the Fox, so I'm gearing this mostly to West Bay folk who are new to the whole thing.

This is not a place you need to Uber to, or drive (parking will be bad, if not impossible). It is really, really close to the 19th Street BART station, so much so that not using BART to get in and out of there seems ridiculous. So here's what to do: Take a Pittsburg/Bay Point or Richmond-bound train, try to get on the rear of the train (if you're coming from Berkeley or North Oakland you'll want any SF- or Fremont-bound train, at the front). When you get out at 19th Street, walk up to the mezzanine level of the station and proceed toward the 17th Street exit, staying to the right as you face the end of the station. Ride the narrow escalator up, at the right side, and you'll arrive in a small alley that lets out, with just a few steps forward, across the street from the Fox, essentially. This will give you a lay of the land. 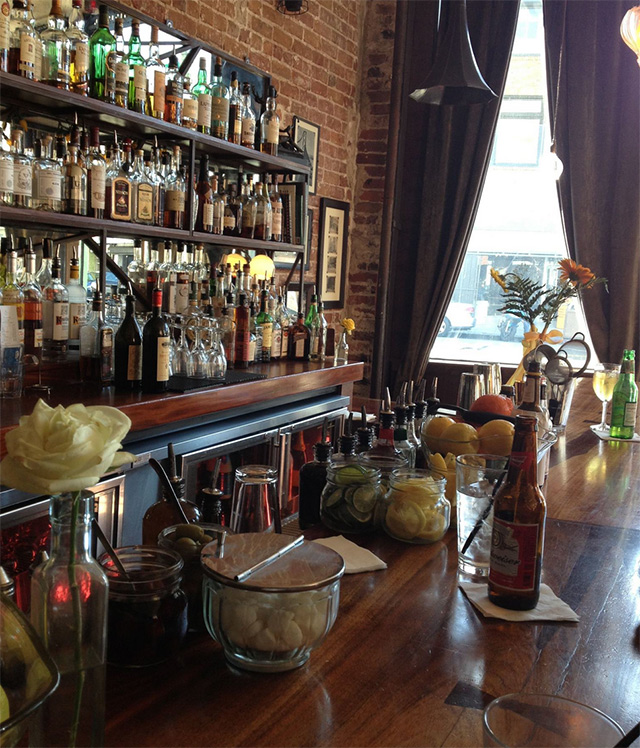 Where to Pre-Game
There's a bar-restaurant onsite at the Fox, at the corner of 19th Street, called The Den at the Fox, but do not go there  it's all chicken tenders and flavored vodka and sadness.

Make Westing, which is directly across Telegraph from the alley where that BART exit lets out, is a decent if often crowded choice, with a serviceable braised oxtail sandwich (also, mushroom "meatball" sandwich) and some OK drink options. Bonus: Indoor bocce ball, if you can snag a court.

The OG bar in the 'hood is Cafe Van Kleef (1621 Telegraph), which is great either before or after the show, and is an unpretentious, high-ceilinged spot with walls and shelves adorned with a flea market's worth of eye-popping randomness. Pro tip: they're known for their fresh-squeezed greyhounds.

Also right there is the newish Diving Dog Brewhouse, which is a DIY brewery thing but also a beer bar with 30 craft beers on tap, and lots more bottles, and they welcome you to bring in outside food (tacos from nearby Xolo are a good bet). And other good options include Bar Dogwood (1644 Telegraph), which has the added benefit of sliced meats and an awesome grilled cheese with bacon chutney; and the bars at Flora (1900 Telegraph) and Duende, which I'll talk about below. 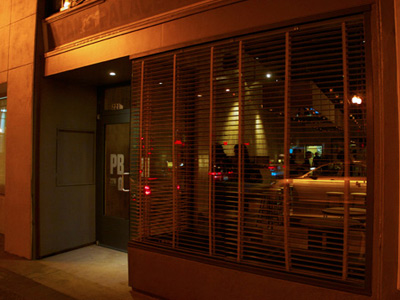 Plum Bar. Photo: Jay Barmann
Where to Eat
One of the best food options is actually closer to the opposite end of the BART train described above (the front end if you're traveling toward Berkeley/Bay Point). Get out at 20th Street and Broadway and walk up Broadway two blocks toward West Grand. Just before you get there you'll run into Plum Bar, one of chef/restaurateur Daniel Patterson's two casual Oakland spots, which sports some great cocktails and an even better burger. Also available: turkey meatballs in red sauce, a four-cheese mac-n-cheese, fish and chips, and a dinnertime biscuit-and-gravy dish with a fried egg.

Hopscotch (1915 San Pablo) is even a little closer to the theater, and chef Kyle Itani does an excellent burger as well as some killer fried chicken  and some healthier options too.

Other closer, solid options include the Spanish-leaning Duende (468 19th, go for the grilled stuffed squid, and the paella), and the pricier Flora (1900 Telegraph), both of which might require reservations and have full bars. 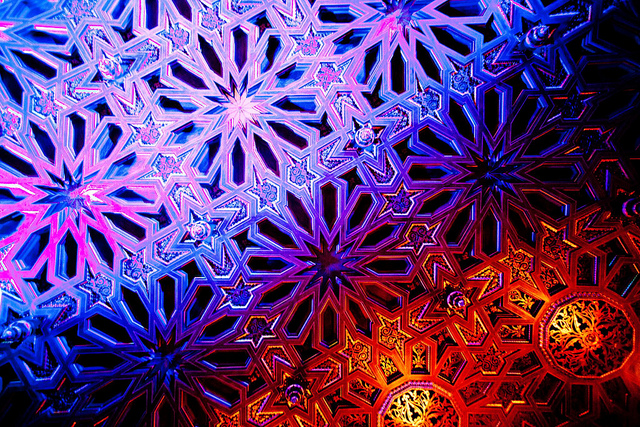 The glorious ceiling at the Fox. Photo: Thomas Hawk

How to Navigate the Theater
There really isn't an especially bad seat or spot at the Fox, unless you're silly enough to purchase a seat-seat upstairs in the way-back nosebleeds, but even there the sound is going to be incredible, and the place is ridiculously impressive that you probably won't mind.

That said, when you have a General Admission ticket, I'm a big fan of stationing oneself on the platforms just above the main floor area, either at the railings beside the stage left and stage right bars (easy drink access and great views of the stage with a minimum of jostling, though everyone gets confused and thinks there are stairs here when it's crowded), or on that same level in the center. One of the platforms is usually cordoned off as VIP, but that's a few steps up, behind you. Also great, if you're not worried about being close, there's a whole other platform above and behind that, at the entry level, with two huge bars and plenty of railing space.

I will say, though, that being upstairs affords you far superior acoustics than any of the above. I recommend, even if you have a general admission ticket and because the ornate coffered ceiling of the theater can only be appreciated from up there, that you pick a moment toward the end of the band's set and sneak upstairs. Head right up the center ramp (no one's going to stop you), and climb up until you spot some empty seats. It's worth it just to hear a few songs from up there. You'll hear what I mean.

How to Get Out Of There
Being on the wrong side of 30, I'm the kind of person who ducks out before the last encore or two because I hate the crush of people heading for BART, so that's obviously what I'm going to recommend. It helps to check the BART schedule while you're still at the show, even if this makes you feel old. (Also, it's not unheard of for the first SF-bound BART train to pass through 19th after a Fox show to completely fill up, especially in the center cars, so you might get stuck there for an extra 20-25 minutes unless you get really New York about it and shove yourself through a wall of people).

There is, of course, also the possibility of Uber Pool from over there, and an Uber X or Lyft ride, assuming no surging, will likely only run you about $25 to the center of the city, plus bridge toll.

You will find, once you're back in SF, or wherever you call home, that the trip is in fact pretty painless, and you can't believe you've never gone to a show there before. It's a way superior concert-going experience than the Oracle Arena or AT&T Park  and more temperature-controlled than the Berkeley Greek.

Marc Andreessen, the cofounder and partner of Silicon Valley VC firm Andreessen Horowitz, has an estimated net worth of $600 million bucks. Despite the busy schedule he must have managing all that money

In the style of Hayes Valley's Proxy development, another converted shipping container haven for retail and treats from coffee to beer, this one called The Yard, is opening tomorrow. At Mission Rock, it's