St. Patrick’s Day falls on the kind-of-weekend day of a Thursday this year, but the 165th Annual San Francisco St. Patrick’s Day Parade and Festival is scheduled for Saturday, March 12 at 11:30 a.m. Veteran San Francisco parade-goers know that finding a suitable vantage point for a parade in this town requires persistence and luck of the Irish, while other longtime San Franciscans would rather just shillelagh their way right to a good Irish bar. However you wish to brogue with the bros, SFist serves as your patron saint with this list of the best spots to watch the St. Patrick’s Day parade, or to ignore it altogether and rock out with your shamrock out at one of the nearby Irish bars. 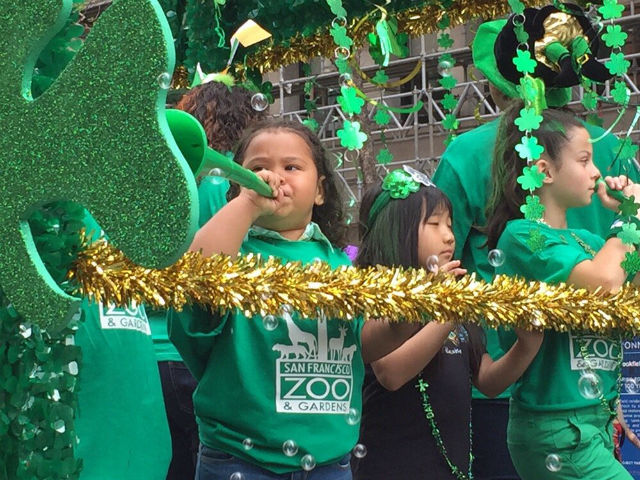 Right Along the Parade Route
The most sensible plan is to just snag a good spot on the parade route. The parade starts at Market and Second Street, continues down Market and then ‘snakes’ its way down Golden Gate Avenue before turning south on Polk and concluding just past City Hall. But you’ll want to get there early to claim a spot, especially if you have little people in tow.
Market and Second st., continuing down Market to Golden Gate, west on Golden Gate and then south on Polk St. 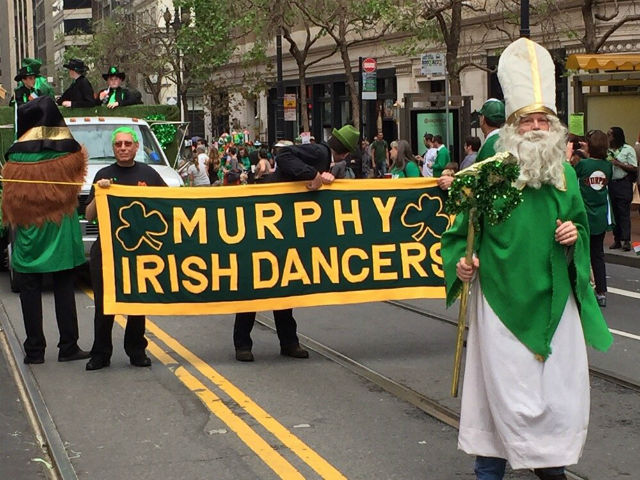 Bike Messenger Steps at One Post Plaza
Always a popular place to get blarney-stoned, the steps of One Post Plaza (a.k.a “the bike messenger steps”) at the Montgomery St. Muni station offer as many as three precious feet of elevation for your parade-viewing pleasure. Since the parade is not on a weekday, the only “green” being busted out on the steps this day will be the clothing, accessories and Mardi Gras-style green bead necklaces. And sorry, crowd-hackers, the Crocker Galleria Roof Garden is not open on Saturdays.
One Post Plaza, One Post St. (at Market St.) 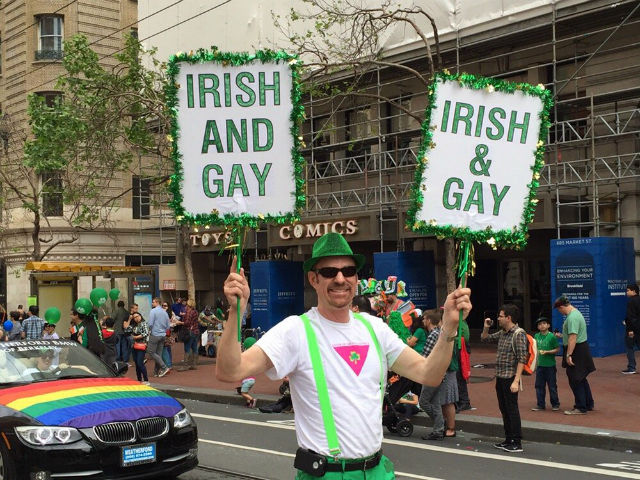 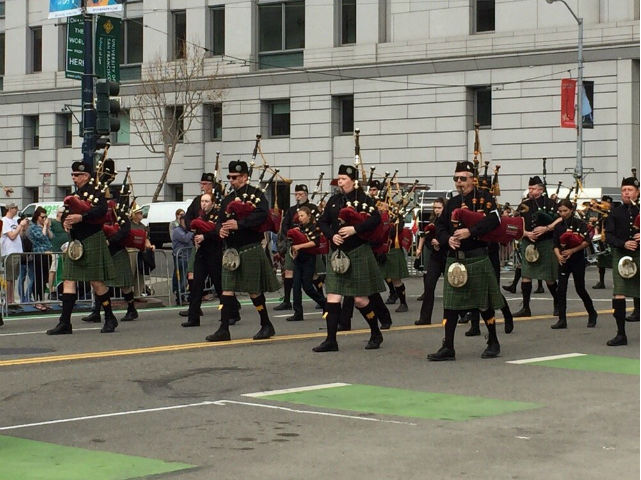 Irish Culture Festival at Civic Center
When the jig is up and the parade is over, the UN Plaza at Civic Center hosts the Irish Cultural Festival with kids’ rides, arts, crafts, food and live performances by The Shams and “Celtic Pirate Rock” artists O’Craven. It’s kind of like the Pride Parade afterparty, except that rainbows are presented in a completely different context.
UN Plaza, Civic Center, Larkin St. between Grove St. and McAllister St. 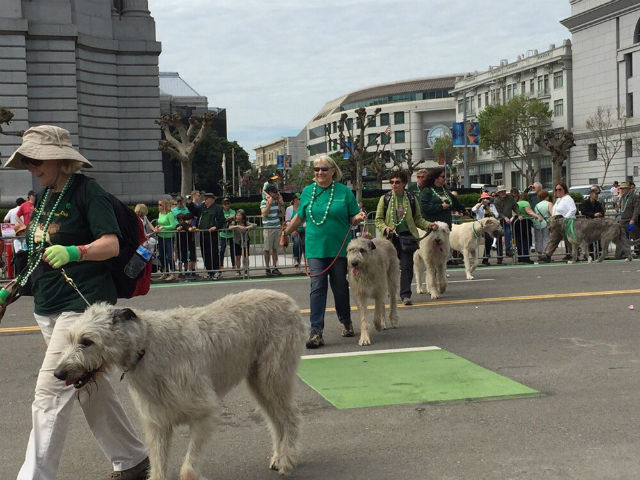 At Home, On TV
You can avoid the whole mess (and the 100,000 anticipated attendees) by just watching this the parade at home on live TV. Longtime sponsor ABC7 is playing the parade live from Noon to 1 p.m. on Saturday, and in previous years has kept the broadcast going until 2:30 p.m. online at ABC7news.com, on the ABC7 News app and on various ABC7 Comcast channels.
Wherever ABC7 KGO is shown 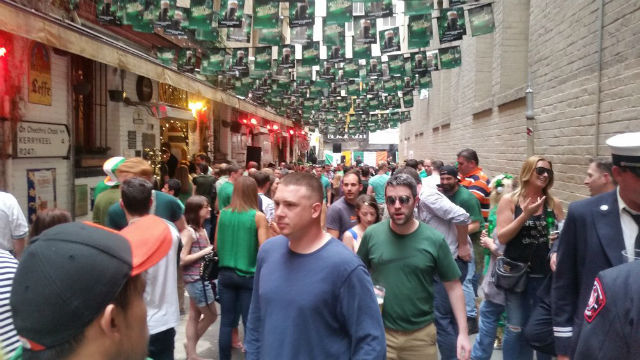 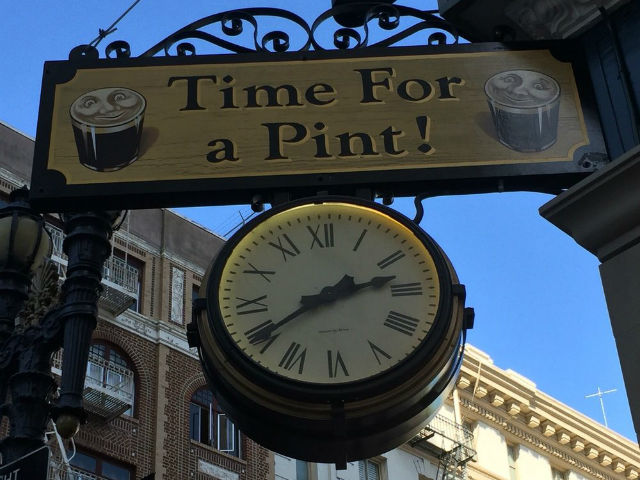 Johnny Foley’s Irish House
If it’s a St. Patrick’s Day party, why not drink on O’Farrell Street? You’ll probably have to stand in line at Johnny Foley’s, but once you’re furtunate enough to get in you’ll get all the pints, tacky wallpaper and traditional Irish pub food you can handle at this beloved Irish bar where it’s always “Time for a Pint”.
243 O’Farrell St., at Cyril Magnin St. 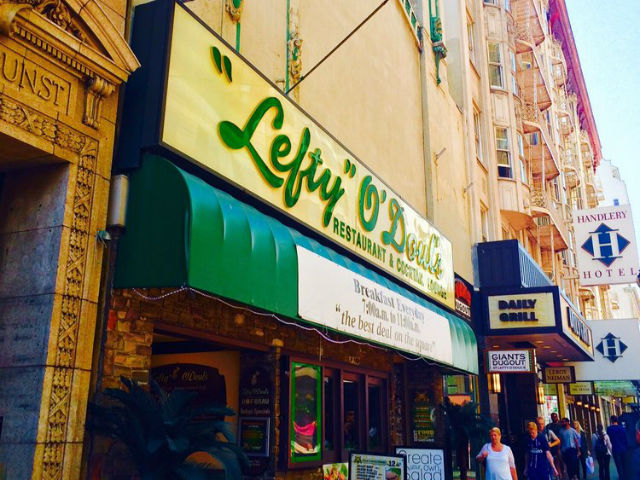 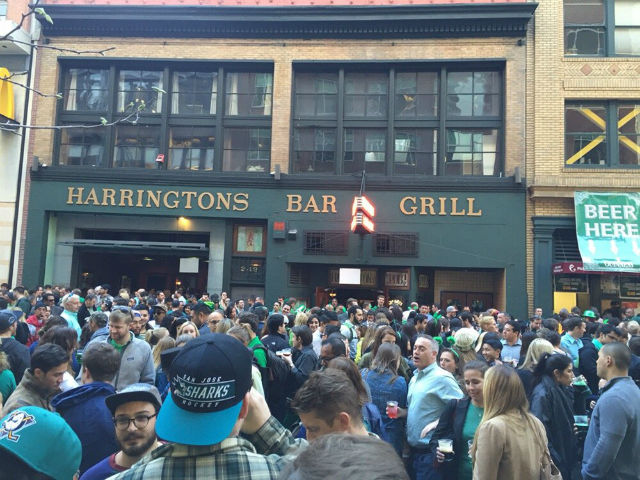 Harrington’s
More like “Scarrington’s”, amirite? This lovable FiDi dive bar has been doing St. Patrick’s Day parties for more than 80 years, and there will indeed be a mob outside on Front Street. But Harrington’s does a nice job structuring this event with ticketing and security, and the inside and patio areas are nowhere near as oodderly fook-ed as the scene depicted above.
245 Front St., at Sacramento St. 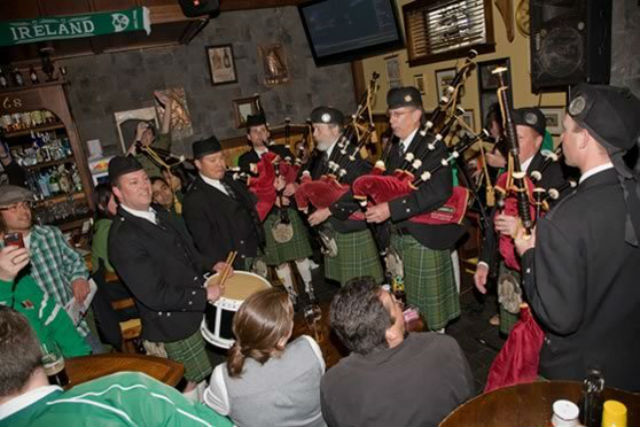 Image: The Chieftain via Yelp

The Chieftain
This SoMa sports bar is where Dubliners will go watch the Dubs after the parade (Golden State plays Phoenix at 7:30 p.m. Saturday night). The Chieftain has live music on Saturday nights and they’re serving apple whiskey now, so make sure to bring your barely-walking stick.
198 Fifth St., at Howard St.

A carpenter working on the SFMOMA expansion project was recently let go from his job after he decided to rescue a raccoon trapped at the construction site. Todd Sutton showed up for work