All save two are regular (well, regular for rich people) old single family homes — there's one co-op apartment, and one duplex with a single buyer rumored to be planning on collapsing the two units. Here they are:

According to the house's website (warning: acoustic autoplay), "A significant architectural gem with a distinguished place in history, Herbst Manor is one of San Francisco’s most iconic mansions." And yet, it is at the bottom of our list. 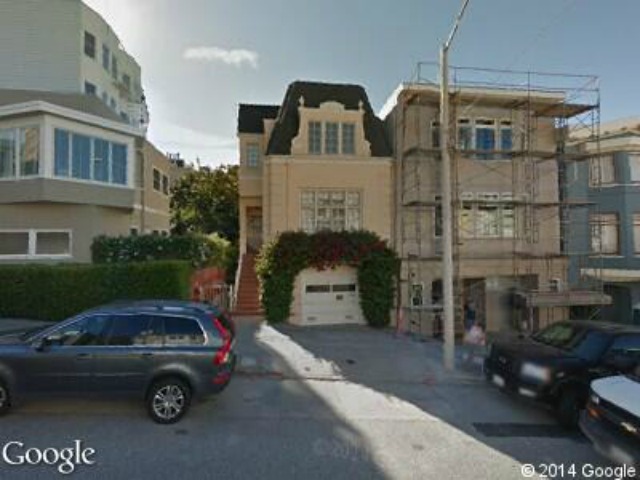 According to the home's posting on Zillow: "This impeccable, custom built home will dazzle you with its tasteful finishes, lighting and sound that were exclusively chosen for this masterpiece. Every aspect of the home was built with the utmost care and to the highest standard." Like that weird bush growing around the garage like a tragic toupee? 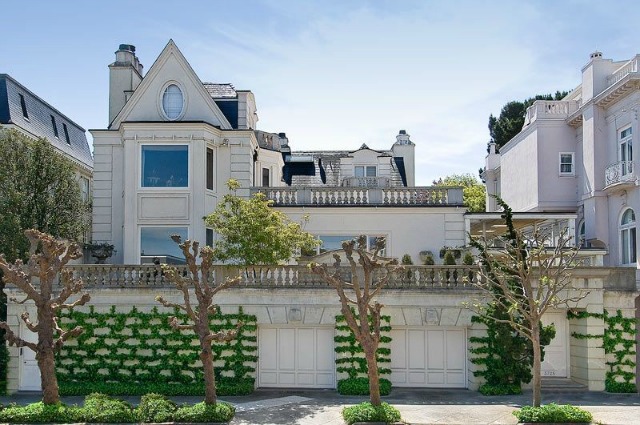 
This property's realtor describes it as a property that includes "two garages, additional bedrooms for guests or live-in help, and beautiful outdoor areas including a front terrace with a fountain and a sun-drenched South-facing garden with a pool." Live-in help! Well, there you go. 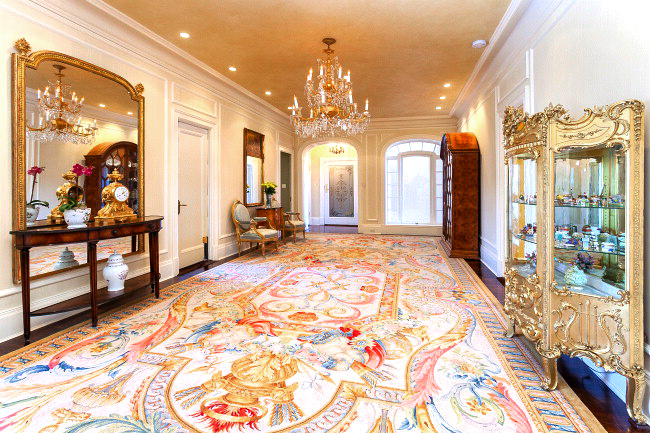 The Front Door and Entry Hallway of 2000 Washington Street, Unit 3

Back in 2011, units in 2000 Washington Street were struggling to find a buyer, as Curbed SF noted at the time. This year Unit #3, which was initially listed at $11,500,000 and described as "San Francisco’s Top Coop / Condo Property", sold without too much trouble. Its site says that it "is prestigious and elegant. At 5,300 square feet the floor plan is uncrowded and inviting. Walls in subtle tones accented by artful wood detailing assert richness, while ceilings finished in Venetian Plaster impart sensuous warmth and color." Because nothing says sensuality like plaster ceilings.

16 Spruce is, according to its site, "an inspired re-imagination of a Mid-Century modern residence, envisioned anew while retaining the essence of the timeless Modernist tradition. This home has been meticulously updated and expanded with a discernible quality that creates a dwelling of sophistication and comfort." 2090 Vallejo's site describes it as a "circa 1919 home (that) boasts a legendary past that began when it was built for the department store mogul Benjamin Schlesinger, owner of the renowned City of Paris, now the Neiman Marcus flagship store. In 1993, an extensive renovation restored the home to its City of Paris days using European artisans trained in the neoclassic style." Plus, an elevator!

Reportedly the former home of actor Danny Glover, 737 Buena Vista Avenue West is described by Curbed SF as "built in 1897 by Richard Spreckels, whose uncle was sugar magnate Adolph, making No. 737 something of a nephew to Danielle Steel's more famous shrub-barricaded abode. Jack London and Ambrose Bierce both laid their heads at the Buena Vista Queen Anne at various points." All that history makes poor little 2550 Green Street pale in comparison: it went on the market for $11 million and has, per its Zillow listing, an "extra wide and unusually deep lot with beautifully landscaped front and rear gardens designed by Thomas Church."

According to Haute Residence, this home once belonged to "The Sharper Image" (remember them?) founder Richard Thalheimer. "Though it appears to be a period property from the outside," they write. "the great surprise is inside. After a full interior renovation, the home is now a bright, cheerful yet dramatic contemporary filled with sunlight and all the amenities that you might expect from The Sharper Image pioneer." Sadly, there's not a single mention of installed Ionic Breezes anywhere on this home's site, so you're on your own, there. 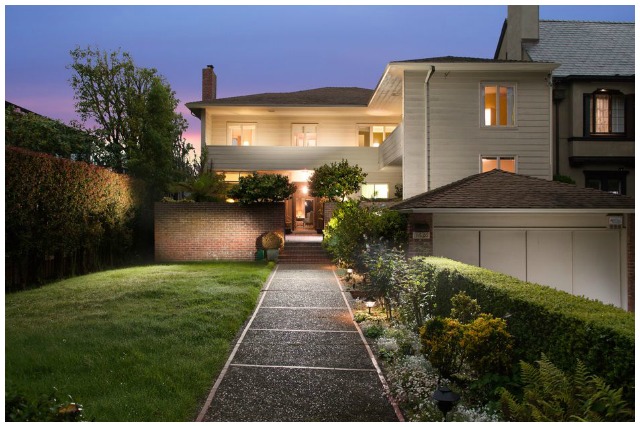 Described by its realtor as "In the same family since the early 1960’s this residence, circa 1940, is located on one of the best blocks in Presidio Heights. It’s vintage architecture, large south garden, and sheltered courtyard patio make it unique in the neighborhood. Its superb location, large lot, and undeveloped interior spaces provide the potential for its transformation into one of The City’s finest residences." In other words, it's an $11 million fixer-upper. 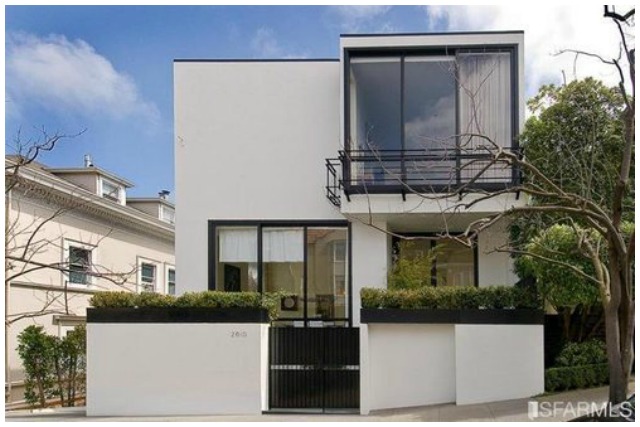 According to its hotel-lounge-bar soundtracked website, "Built in 1962, 2610 Scott has never traded hands nor has the architectural integrity of the house been tampered with." Designed by revered architect Joseph Esherick, the house is billed as "an important 20th Century piece of art that goes well beyond just a place to live," which sounds really relaxing to unwind in after a long day at work.

Built in 1929, this is a 4903 square foot single family home with seven bedrooms and four bathrooms, just like the house you grew up in! According to its site, the joint's an "exquisite Spanish Revival residence (that) has been masterfully re-imagined to seamlessly blend its classic architectural presence with the amenities and conveniences of a modern and contemporary lifestyle," whatever that means. 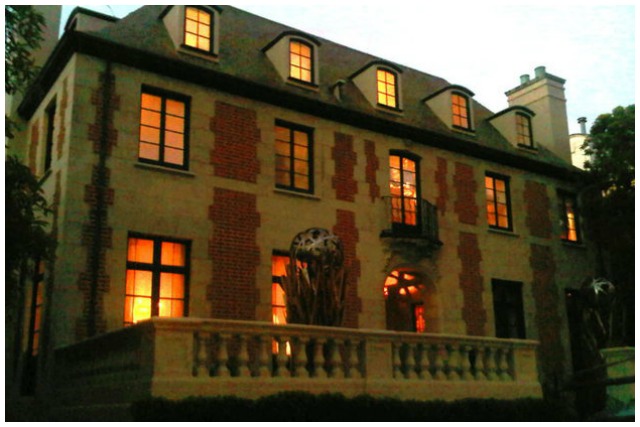 A 2010 San Francisco Decorator Show Home, Curbed notes that at its sale price, a buyer paid "$2,151 per square foot, well above the already pricey neighborhood median of $1,003" for the abode. In other words, each square foot of this place could get you a month of an average SF studio apartment. 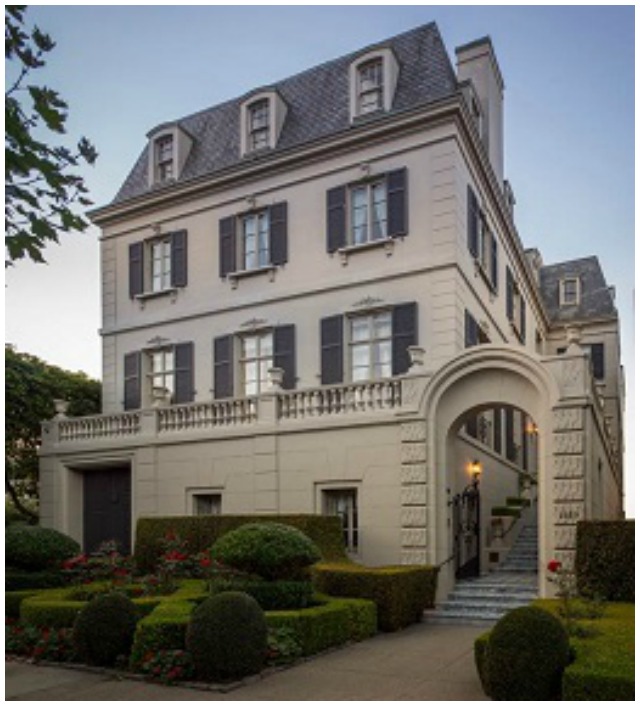 The Wall Street Journal wrote a whole story about this house when it was listed for a jaw-dropping $27 million in 2013. Sold by John Murphy, one of the founders of iffy online "college" the University of Phoenix, it is 13,000 square feet, has nine bedrooms, and boasts a hidden bar and a 1200 foot ballroom.

"Hit the road Jack," was the sung refrain this morning as protesters once again targeted, and chased, Google lawyer and local landlord Jack Halprin. At 6:30 a.m. according to reports from

Earlier in the year, local drag star Heklina announced that she would be retiring the name "Trannyshack" after careful consideration, and after getting significant flack from a younger generation of fans. As she

—
Behold, The 15 Most Expensive Homes Sold In San Francisco This Year
Share this