A Safeway delivery truck collided with another vehicle at 21st and Guerrero on Sunday at around 4:20 p.m. and proceeded to barrel into three parked cars and a building, as KRON 4 and others reporting. Both the driver of the truck and the driver of the sedan the truck initially hit were reportedly injured, and the truck driver was hospitalized with life-threatening injuries.

ABC 7 reports that the truck had lost control going down the hill.

SFist reader Don Menn sent in the photo below of the aftermath, and others have appeared on Twitter.

The accident occurred just a block away from Mark Zuckerberg's four-story pied-a-terre, which he may or may not have fully occupied following a lengthy renovation. 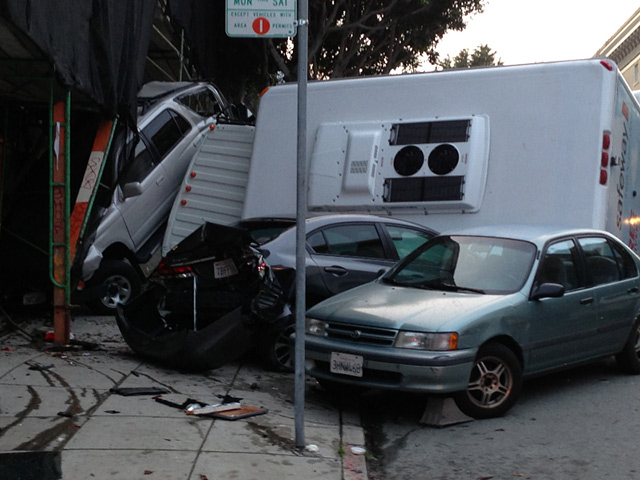 Another day of storms, another day of significant delays and copious cancellations at San Francisco International Airport, as a daylong rainstorm is expected to snarl travel in and out of SFO for most