The San Francisco Police Department has released suspect sketches in two separate sex crime cases: one of a man who has groped a number of women in Nob Hill, the other who attempted to molest a child in a park restroom.

Take a good look at the sketch above. It depicts, the SFPD says, a man who attempted to sexually assault a 7-year-old girl in the restroom of Pacific Heights' Lafayette Park at 4 p.m. Friday.

Citing the "sensitive nature of incident" SFPD isn't releasing many details surrounding the attack but, as ABC7 reports, "A 7-year-old old female was assaulted in the female restroom of Lafayette Park in the northern district" was the call that went out over police airwaves Friday.

Police describe the suspect as a white man with brown hair between 30 and 40 years old, 5-feet 11-inches tall, with brown eyes. He was last seen wearing an orange hooded sweatshirt with gray and black letters on the front, blue jeans, and tennis shoes that were green, black, and white.

Witnesses say he fled the scene of the attempted crime on foot towards Washington and Gough streets, but hasn't been seen since. 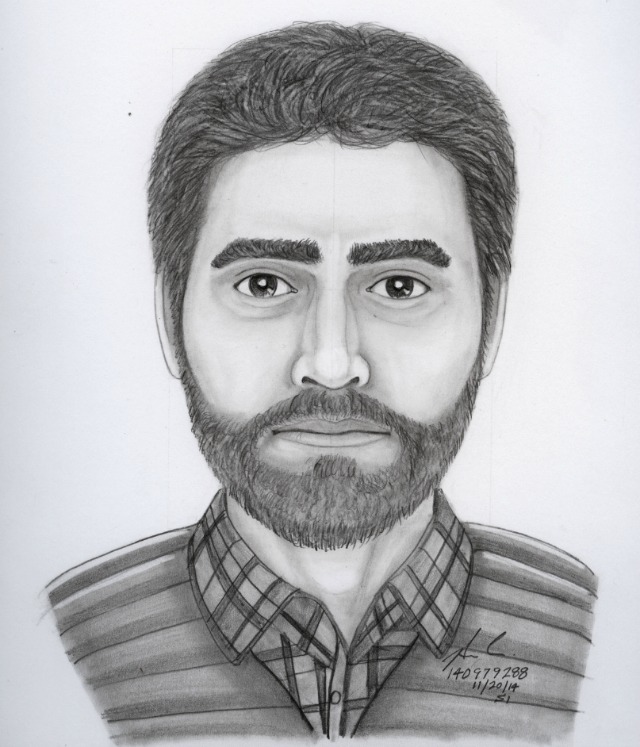 Since August of this year, a SFPD spokesperson says, the man above has been walking up to women and grabbing their breasts from behind, all in or around the area of Nob Hill.

"We know of several incidents, dating back to August, similar descriptions, and similar MO's," SFPD spokesperson Officer Albie Esparza told KTVU, "We're hoping that somebody can recognize him."

Do you recognize either of these men, or have any other information in either case? If so, you're urged to call SFPD's Special Investigations Unit at 415-553-9225, their Anonymous tip line at 415-575-4444 or to text-a-tip to TIP411 with SFPD at the beginning of the message.

A lot of you who are not flying out of town in the next two days are probably still debating where to eat your turkey on Thursday, or deciding whose houses to hit

An internal sales-training document from Geico suggests an answer to the question of whether policyholders can give paid rides through Uber and Lyft while maintaining their personal coverage: Nope. "If a customer advises