It's the club for Bernal Heights thirty- and forty-somethings who won't let fatherhood slow them down. They’re called Bernal Dads Racing, and for the last seven years, they've been running on dad jokes and beer-fueled Tuesday meetups.

Hot off a 40th place finish at the 24 Hours of LeMons endurance race, the amateur sporting society talked to SFist about the club's history and philosophy. In short, latent adolescence and technical tinkering enriches life at a certain age. As they put it, "Lock up your children, because we just might change their diapers and give them a bottle."

For fast and furious club co-founder Brandon Powell, the starting gun sounded in 2007. “We bought a white station wagon and put black racing stripes on it. Stray Bar, our local saloon at the time, sponsored the team. We added a big sticker of their logo on the hood and went for it.” The team has described the flagship whip as “The Whale, a.k.a. LaPolpetta Svedese, a.k.a. a white 1985 Volvo 240 wagon rescued from Craigslist.” 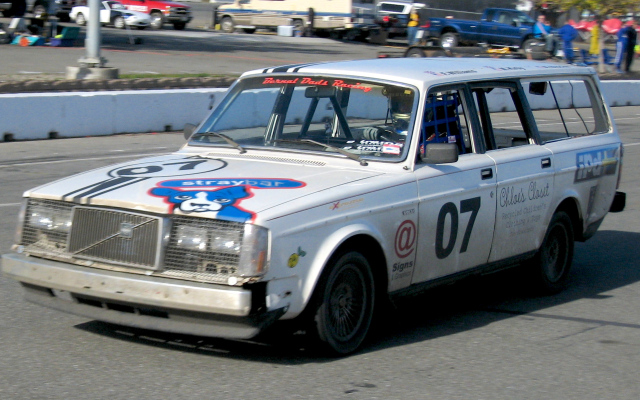 Just before that year, the former mechanic ditched a tech support job that was “boring [him] to tears," taking a five-year hiatus to work on cars. “In the midst of that I had my first child and met up with other families here in the neighborhood. One of the guys suggested we should get together, turn some wrenches, and hang out.”

By now, the dad wagon has gone through nearly as many iterations as the iPhone, and has been closely tracked by neighborhood blog Bernalwood. “After the original white car we went with a take on team Lotus from 1969. That was the gold leaf Team Lotus, and so we did the Green Leaf Team Lettuce: red on top, white on the bottom with high wings meant to evoke the cars that briefly raced in ’69.” The Whale, with plenty of trunk space for sports equipment and picnic supplies, is now a mean army green. 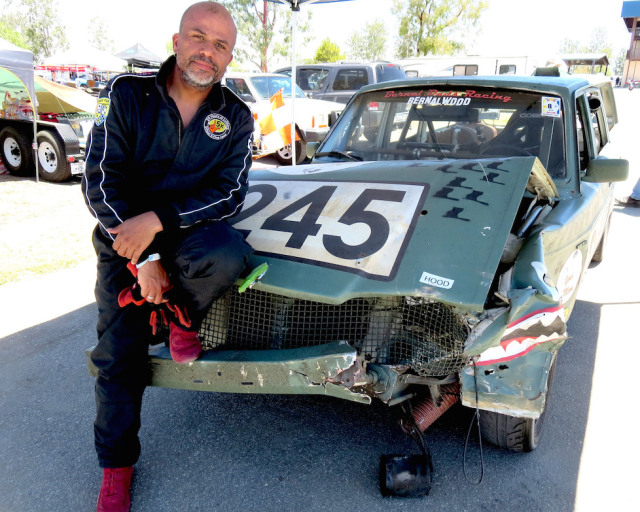 Next, he says, the team added a ’95 Miata to the fleet. “We raced it once as a Miata, then bought a Volvo station wagon, chopped the body off it, and welded the two together to create the Molvo.” For this franken-feat, the team won judge’s choice at Sears Point. 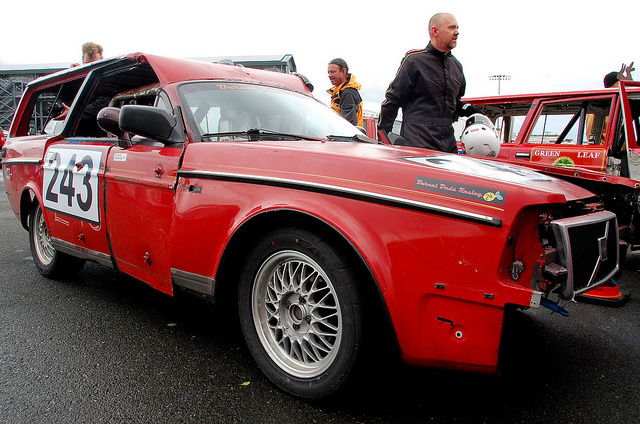 And finally, last year the team rounded out the squad with an ’87 Alfa Romeo Malino. In classic Dad pun fashion, they remade the car as a Milano cookie bag. 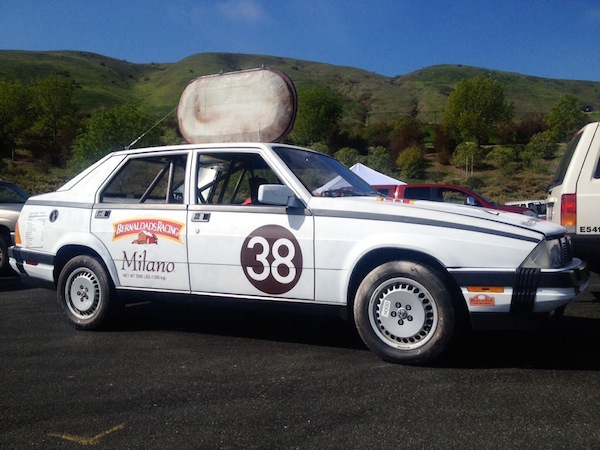 At this point, Powell says, “We’ve attracted more dads from the neighborhood and even some people who aren’t dads.” The group meets most Tuesdays at the same garage location they’ve been using for the past seven years,” sometimes working on cars and sometimes standing around drinking beer and never touching a wrench.”

According to Powell, spouses are game and a rule allows moms to race, too, though no couples driving is allowed. Most of the team has 9-year-old children, and some have younger progeny as well. The kids love to help out, even supporting at some races. Says Powell: “The best thing you can do for your kids, your marriage, and yourself is to not give up on what you love. I want to show my kids that they can do anything by living the life I love and doing the things I want to do.”

One of the main reasons I never get over to Wise Sons Deli is their hours: They've only been doing breakfast and lunch service, five days a week (Wednesday to Sunday, but Tuesday's

If you ever wanted to float above the Castro, this video might be the next best thing. According to Hoodline, area man Matthew M. sent his camera-enabled quadcopter up above the Castro at