One of the main reasons I never get over to Wise Sons Deli is their hours: They've only been doing breakfast and lunch service, five days a week (Wednesday to Sunday, but Tuesday's recently been added), and I'm just not that big into going across town for my early meals of the day. So, it's great news to hear that starting this week, they'll finally be offering dinner, at least from Thursday to Saturday. Inside Scoop breaks the news after chef-owners Leo Beckerman and Evan Bloom "quietly" started dinner service over this past weekend, adding an expanded menu to their standard Jewish deli fare including "blue plates" like brisket braised in onions, prunes and Anchor Porter; and chicken schnitzel coated in rye breadcrumbs.

What began as a pop-up in 2010 can now really call itself a big-boy restaurant, after almost two and a half years as a brick-and-mortar on 24th  and with a second location at the Contemporary Jewish Museum. As Bloom says, "It’s been a long time coming, and I think the neighborhood needs it... where [else] do you go when you want entrées under $20, or a sandwich and a beer?"

Dinner will be on from 5:30 to 10 p.m. only, three nights a week, and all the regular smoked-fish and pastrami dishes will be available as well  so will their challah French toast, for dinner. As with brunch, since there's no reservations taken, you can probably expect some lines.

See the full menu below, with dinner added. Click to enlarge. 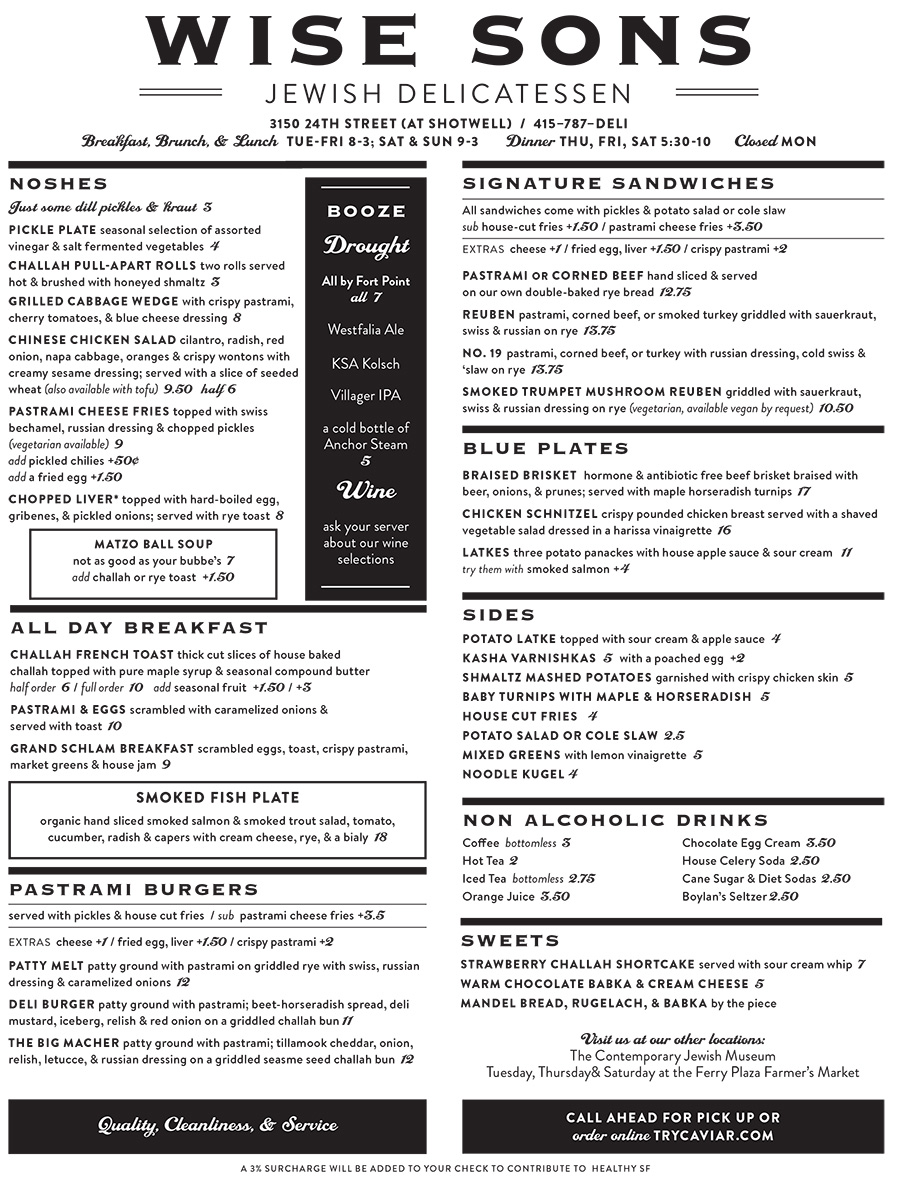 Congratulations, San Francisco, you did it. All your griping about Mark Zuckerberg's endless construction on his Dolores Heights home? Your umbrage over the college kids he allegedly hired to squat in parking places

It's the club for Bernal Heights thirty- and forty-somethings who won't let fatherhood slow them down. They’re called Bernal Dads Racing, and for the last seven years, they've been running on dad