Are you more of a visual learner? Here's a dramatic graphic showing just how short on water the state of California is compared to just last week, and last year. That dark maroon part indicates "exceptional drought" or drought-level 4 (D4). The red is "extreme drought," and orange indicates "severe drought." These all sound like basically the same thing, but according to this week's Drought Monitor report from the USDA, the D4 designation is based on a range of factors getting much worse, especially in Northern California, as we barely pass the midpoint of summer.

Nebraska-based climatologist Mark Svoboda at the National Drought Mitigation Center calls our three-year drought "a once in a generation type of event," noting to Mashable that compared to the California drought of late 1970s, there are now about twice as many people living in the state, therefore using twice as much water, if not more.

75 percent of California's water usage nonetheless goes to agriculture  i.e. growing most of the country's carrots, avocados, strawberries, almonds, grapes, etc. And according to a UC Davis study released two weeks ago, about five percent of the state's irrigated crop land, or 428,000 acres, will be taken out of production by year's end, and statewide agriculture revenue losses are expected to be $1.5 billion. So you can expect the price of those carrots and avocados to rise.

The "exceptional drought" indicator is based on the following facts:

So if you've been whining about not being able to hose off your driveway, just stop. 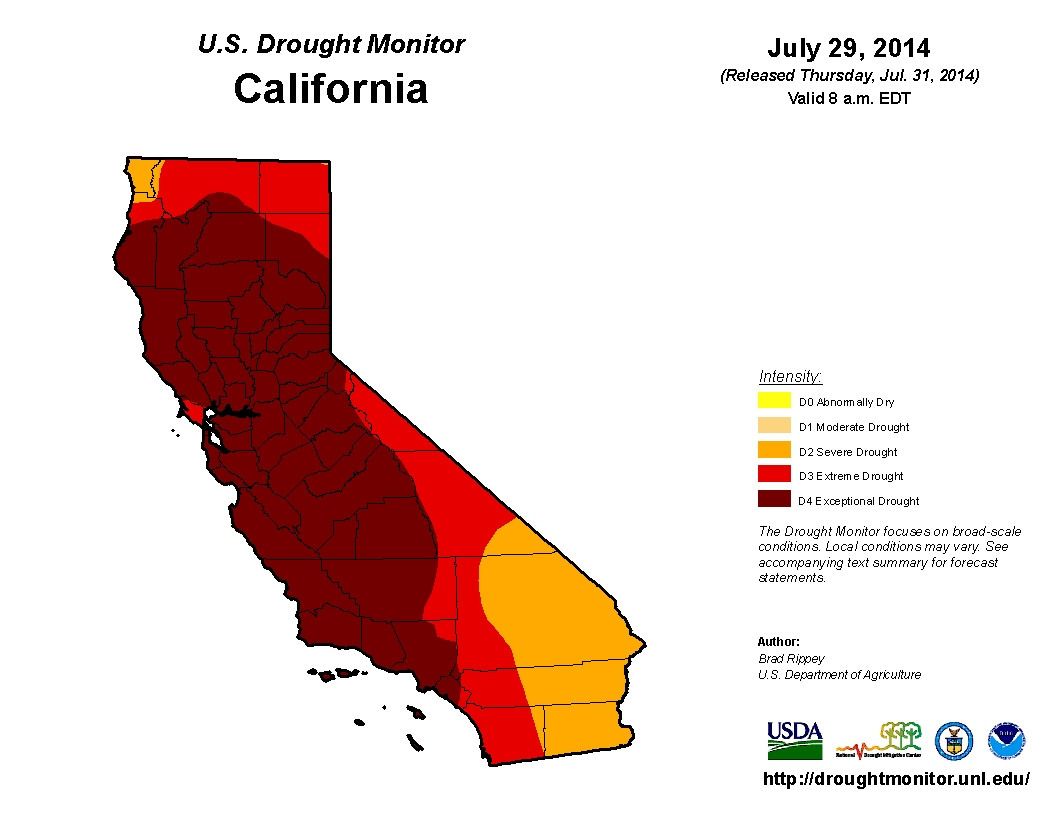 If you have ever envied the birds flying over San Francisco, now is your chance to experience what it's like. No, really. The mad geniuses behind Birdly are in town, with their full-scale

Andrew Bird, a sublimely gifted multi-instrumentalist from Chicago who favors violin, hollow body electric guitar, and exultant whistling, recently went through one of his regular periods of reinvention, setting aside his long-running touring