With a successful primary race behind him, Lt. Gov. Gavin Newsom has a lot to be happy about: it looks like he'll be keeping his job (the one he says should be abolished!), he has three beautiful kids, and his wife's (probably) stopped commenting on SFist. The former San Francisco mayor recently spent a little time bending CW Nevius' ear, during which he said many wonderfully weird things. Here are some of the best.

Jerry Brown relaxed at the Russian River the week before the June 3 election.

"You are making that up." 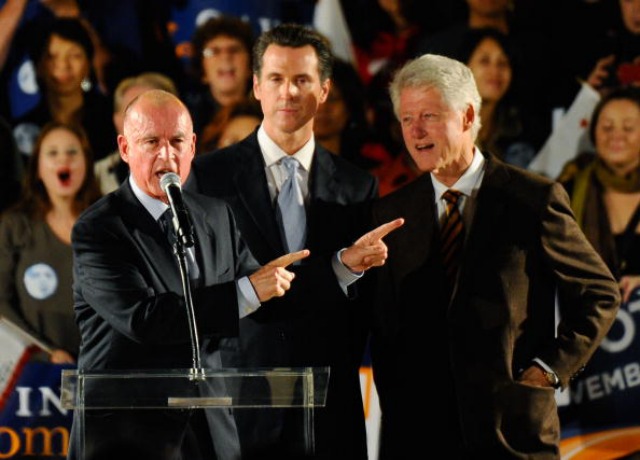 "It's surreal, incredible. He's unique among the unique. He's a political mastermind, and I don't use that word lightly. We're playing checkers and he's playing chess."

Gavin marches into Brown's office with some demands, Brown basically tells him to step off. 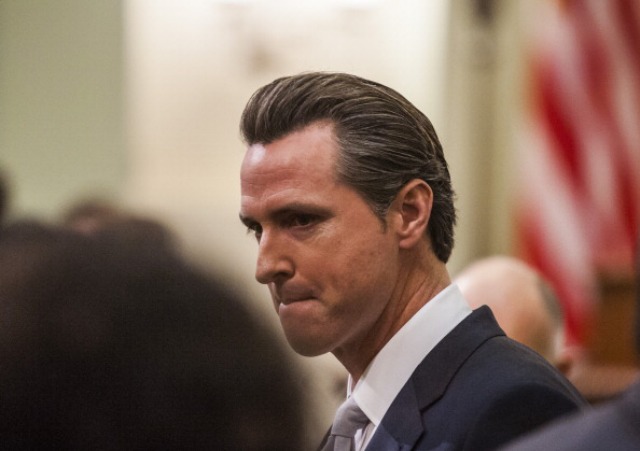 "As Willie Brown reminded me in a (Chronicle) column, Jerry's the governor, you're not. I called Willie and I said, 'Thank you. I needed to read that.'" 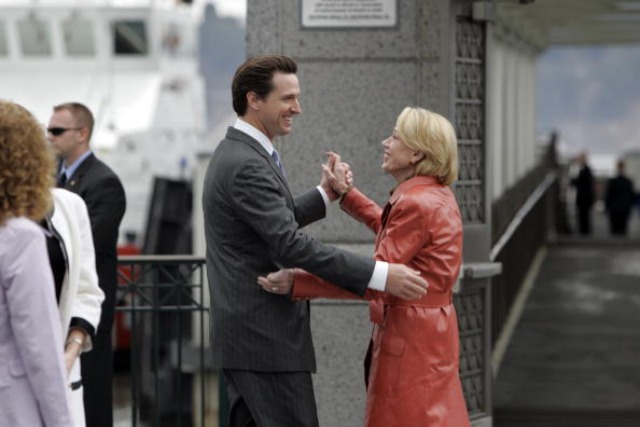 "Last weekend I was at (Montana's) ballet recital. I was so nervous. I had the camera out. I think I jumped over someone's kid. I was like: Sorry, I didn't know she was coming up next."

Flashback to the appointment ceremony where then-Mayor Willie Brown decided, on the fly, not to appoint a 29-year-old Newsom to the Film Commission (as he'd expected) and instead made him chairman of the Parking and Traffic Commission. 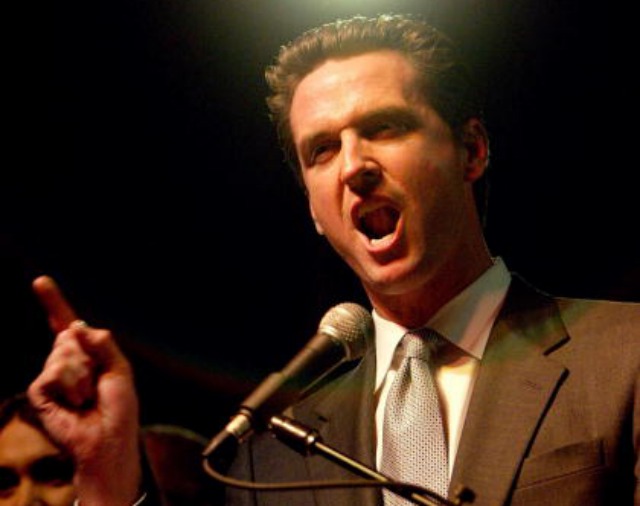 So you went from Parking and Traffic to an appointment as SF Supe to Mayor in less than a decade. What was that like, Gavin? 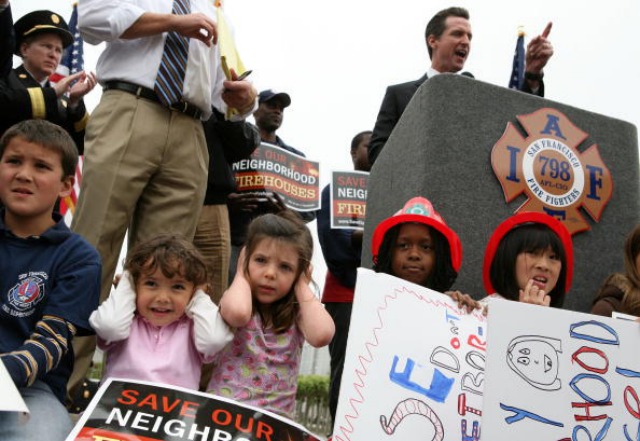 "It was a baptism by fire. Everything was a fire hose."

Something maybe about how he had a hard time letting go of being mayor even once he became Lt. Gov? I'm not sure. 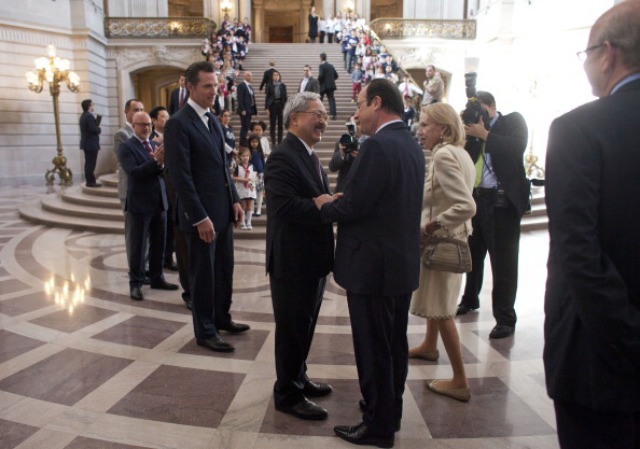 "And then you realize I can't call Ed Lee every day and talk about Octavia Boulevard. He is not interested in getting that call." 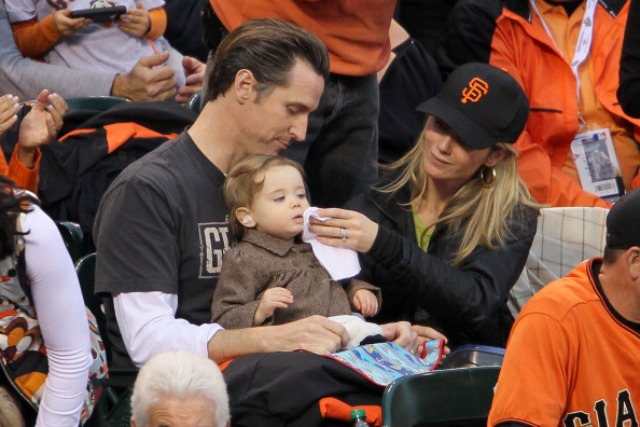 "It's just the richness, the fullness, the joy, the stress, the empathy. I mean I watch TV commercials and I start crying. John Boehner has nothing on me. It's the greatest thing times infinity." 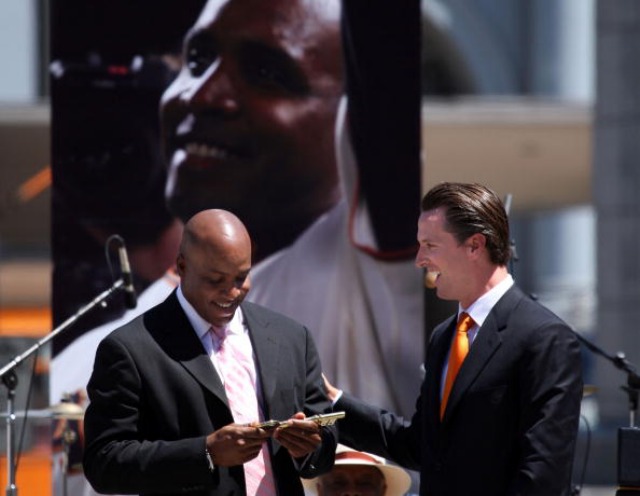 "I'm on my third T-ball set because I couldn't believe the fault was the coach. Either the bat was too big or the set was too tall. Of course, now I am blaming the coach, which is me."

Gavin's glorious mop is going grey! What's he going to do? 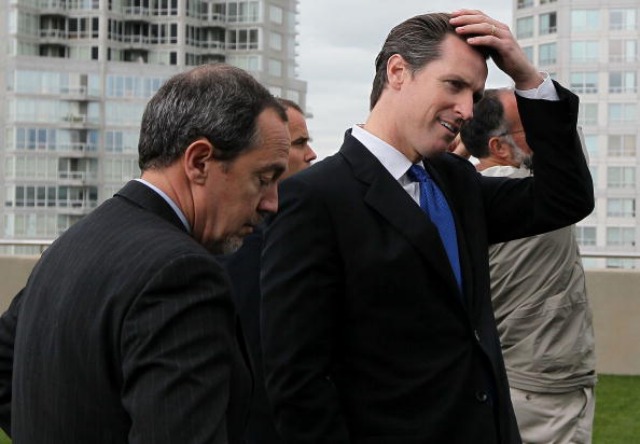 This is the actual caption from Getty images, SO GOOD: "San Francisco mayor Gavin Newsom (R) fixes his hair during a news conference May 25, 2010 in San Francisco, California." Photo: Justin Sullivan/Getty Images

"You know, I walked by that Just for Men display in Walgreens the other day. I have walked by it before, but this time I stopped and thought about it."

The anonymous Bay Area real estate investor behind the @HiddenCash phenomenon has reportedly been identified as one Jason Buzi, according to a voice analysis expert and a cache of online evidence. Fresh off

photo credit: petit hiboux via photopin cc People in San Francisco like waiting in line for food (a lot). Sometimes, that wait is worth it. While You Wait, SFist's guide for how to