Minimum wait time at Burma Superstar for party of four, Saturday, 7 p.m.: Don't like, your party of four is actually six. And no, the other three aren't "just parking." If you're waiting less than two hours, you're very lucky.

You know a restaurant is a gem when you’re forced to wait at multiple mealtimes. I learned that this was the case with Burma Superstar during a rainy Saturday afternoon when I (foolishly) decided that going for a bike ride in blinding drizzle was a good idea. Spurred by a craving for samusa soup, I pedaled to Burma Superstar circa 2 pm, certain that a) the weather and b) the hour would be in my favor. Nope! The crowds persisted. And it just gets worse come dinner time.

So, unless it's weekday lunch for the unemployed/retired/freelancers out there, Burma Superstar is the kind of place where you’re going to wait no matter what you do to avoid it. And why not? The restaurant’s lauded menu of Burmese staples are delicious, satisfying, and what’s more, have popped a lot of San Franciscan’s Burmese food cherries out there. You never forget your first time despite the presence of multiple other Burmese restaurants mere blocks away (more on that later).

Should you get in, you’ll want the aforementioned samusa soup — hot, hearty, and enough to feed your table — the equally famous tea leaf salad — it’s savory, crunchy, and intensely flavorful in all the right ways. Beyond that? The rainbow salad is also excellent; the curries and noodles have been known to hit some high notes; and I have a strange memory of really enjoying their sangria years back (though I had a sinus infection and was on meds, so take that recommendation with caution).

Fortunately, you’ll be doing your waiting in a part of the city that is packed full of great bars, restaurants, and personality. Assuming we’re still aiming to eat Burmese food tonight, we’ll steer clear of designated eateries, though next time you find yourself over here, there’s Spices! (and the sequel, Spices II), Troya, and Cajun House, all within a block of each other. Just saying. Anyway! Here’s where you pass the time while dreaming of tea leaf salad: 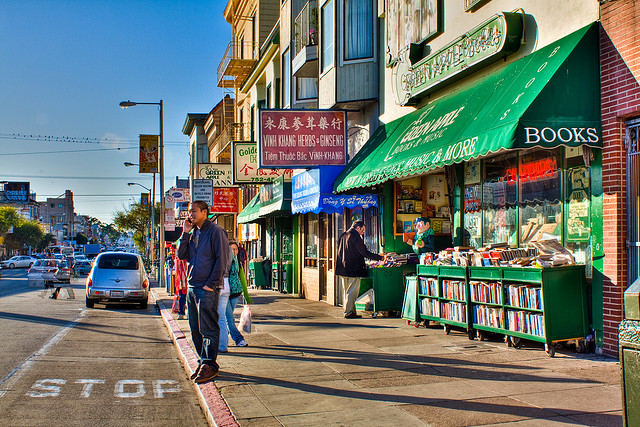 Surprise! Our first recommendation for this Inner Richmond waiting game is not a drinking establishment! We at SFist didn’t develop our acerbic wit (and devastating good looks) on the power of booze alone we like books, too. A lot. And Green Apple Books is one of the most epic bookstores left in our tablet-filled cities. Multiple rooms, slightly warped floors, and piles and piles of new and used books will undoubtedly keep you occupied. Don’t feel too badly if you end up leaving with a doorstop-heavy collection of Joan Didion essays (been there). Oh, and sometimes they have Green Apple Books: 506 Clement St. (btwn 5th & 6th), 415-387-2272">events, which sometimes have drinks.

Hour One: The Plough and Stars 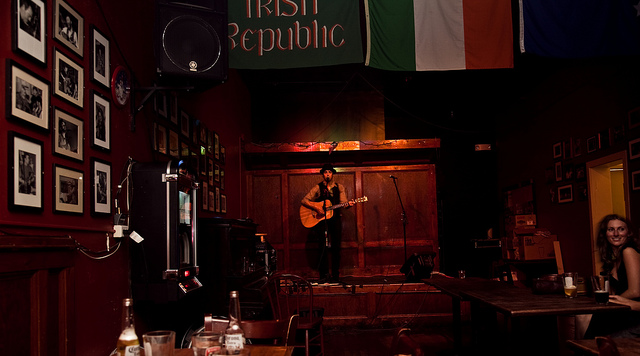 Now that you’ve indulged your bookish side, head down Clement to The Plough and the Stars to read. Well, you can do that, but you can also drink and likely listen to live music. This stalwart Irish pub is just the spot for ordering a pint of Guinness and kicking back to the dulcet sounds of traditional Irish folk music, bluegrass, and beyond. If your bookstore visit left you feeling particularly Joyce-ian, you should pair your beer with a dram of Jameson, too. 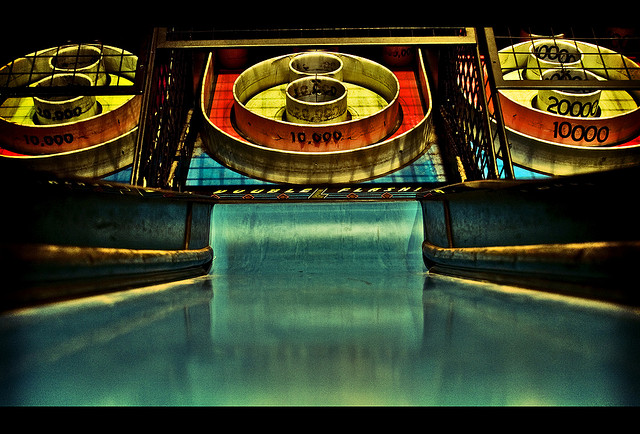 Since you can’t hold your whisky as well as Joyce, you’ll want to keep moving before you fall asleep on the table, attempt to join the band, or similar. Head over to Geary for a rousing round skee-ball to wake your buzzed ass up. Stick to PBR — the cans are cold and will distract you from your intensifying hunger just enough to dominate at pinball. Go ahead and celebrate your gaming victories with an order of chicken fried bacon... or, don't. 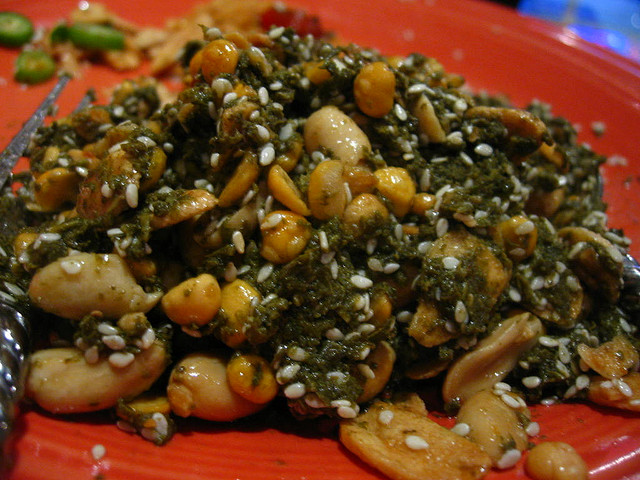 Here’s the thing about Burma Superstar. It’s damn good, but so is their sister restaurant, B Star, which is right down the street. Also good? Mandalay, which is tucked on a quiet part of California, about two minutes away. These places both take reservations, and both have tea leaf salad. They are both delicious. And they are NEVER as crowded as the original Superstar.

Oh, there are also two locations of Burma Superstar in the East Bay. And yes, you probably could have driven to Alameda and back with dinner in between before getting seated at the San Francisco location.

I know. This would have been good information two hours ago. But you live and you learn, right?

San Francisco mayor and sharing economy advocate Ed Lee has found himself stuck in an awkward showdown between the regulators at San Francisco International Airport and rideshare companies like Lyft, Uber or Sidecar.

In 1944, at the age of 16, Maya Angelou walked into Muni's personnel department to ask for an application to become a streetcar conductor. She had moved to San Francisco from St. Louis