Luxe apartment complex NEMA, whose ridiculous and vaguely offensive marketing efforts have already inspired plenty of blog ire as well as a satirical Twitter account, published a map of San Francisco on their website that seems to want to pretend that gays and Chinese Americans don't exist here anymore.

After Twitterer EC and Vanishing SF called out the map, and after the satirical Rent Enema mocked it, the NEMA folks quickly published a new map which you can see below. Now there is no Eureka Valley, only The Castro in big letters, and they managed to squeeze Chinatown in there after all.

Nice work, everyone. Can't wait for the next gaff. 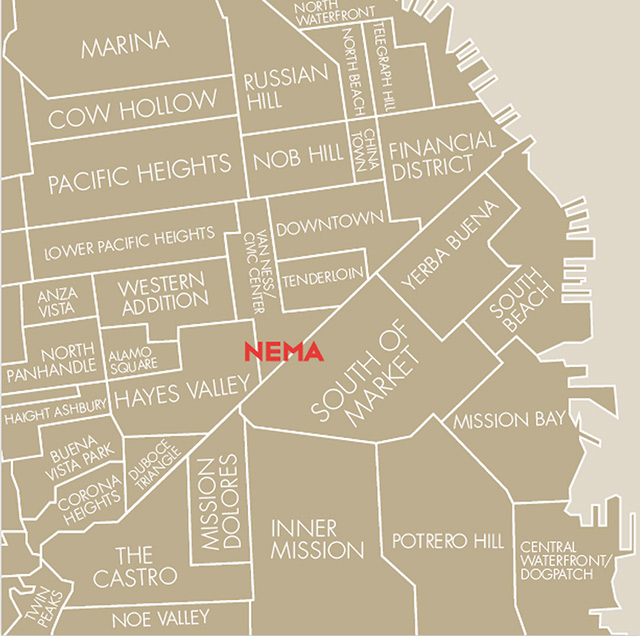 Friday: Bal Littéraire Holy smokes, folks, this sounds fun. Friday night, enjoy the culmination of a 48-hour event in which six playwrights gather "around a pitcher of coffee and a pile of their

—
NEMA Tried To Erase The Castro And Chinatown From Their Map Of S.F.
Share this