Part of the problem with compiling any list of favorite cocktails is that the research will usually result in some slight short term memory loss. With more celebrated cocktail bars than this city knows what to do with, sampling every menu item at every gin joint in town would be a pretty foolish errand. But that hasn't stopped us from trying. Here now, our ten favorite cocktails (as far as we can remember).

THE NINE VOLT AT ALEMBIC

While the goal of most cocktail drinking is to numb something, the Nine Volt is adorned with a side of tongue-numbing white Szechuan peppers (sourced from the folks at Mission Chinese). Rolling the pepper around on your tongue zaps the tastebuds just enough to get that subtle "I just licked a battery" feeling, which gives the simple mix of gin and green tea extra layers of spice and complexity. One of the more understated and interesting cocktails we've tried and a standout on bar manager Danny Louie's inspired new menu. — Andrew Dalton

Alembic is at 1725 Haight Street (Between Cole and Shrader)

On Lolinda's rooftop in the Mission, El Techo takes margaritas one step further with the Mexican Firing Squad, a tequila-and-lime combination with grenadine and angostura that starts off like a calm, citrusy breeze before catching you off guard with a spicy and slightly smokey kick. — Andrew Dalton

This green, grassy cocktail has all the element of an old-timey alcoholic "remedy" sold out the back door of a traveling pharmacy. Zubrowka Bison Grass vodka is infused with lime and pair with St. Germaine, organic apple juice, and refreshing thai basil for a sweet yet herbacious flavor and instant pick-me-up, and Raven's relaxed vibe makes this the spot for a happy hour remedy to your day. — Rose Garrett

Raven is at 1151 Folsom Street (between Seventh and Eighth Streets) 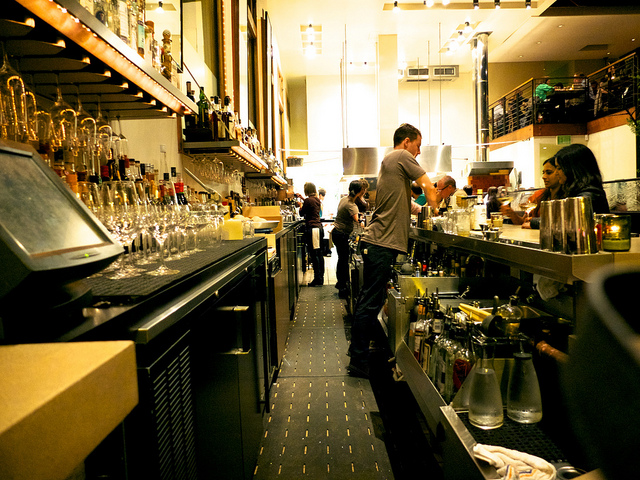 Behind the bar at Nopa. (Photo: Daniel Bogan)

PROTECT YA NECK AT NOPA

Nopa's Wu-Tang mezcal menu is full of delicious surprises, but this one is slightly less serious than their Guillotine (although you better watch your head if you have one too many). Del Maguey Mezcal, Cynar and Gran Classico pair for a smokey, bittersy and softly citrus flavor that's nothing short of genius. Try ordering just one (we dare you). — Rose Garrett 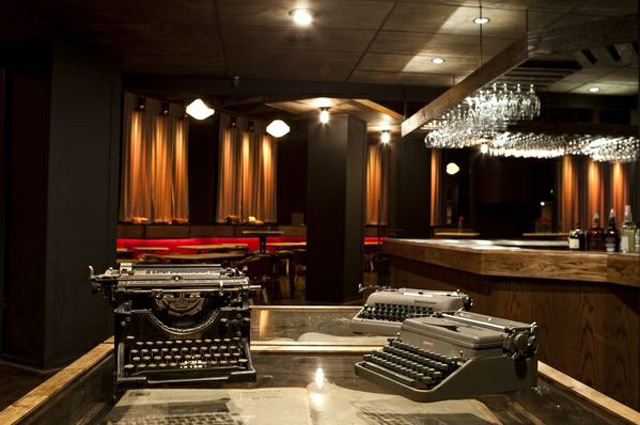 It's easy to have multiple rounds of this delicious and deceptively drinkable cocktail. Made with reposado tequila, lemon, cocchi, vanilla syrup, basil, black pepper and sea salt, there's a lot going on in terms of flavor, but the basic gist is: it's incredibly good. Herbs, spice, sweetness and citrus, plus a healthy kick of tequila ... it's so dark in here you won't be able to see your drink, but you sure will taste it. — Rose Garrett

Local Edition is at 691 Market Street (at Third Street)

DEVIL'S TOOTH AT WEST OF PECOS

The margaritas are damn good at West of Pecos, but the bar program is more sophisticated than just a long tequila list and a few nods in the direction of the mezcal shelf. Barman Brent Butler has a bunch of great drinks on the menu, our favorite being this mixture of Bulleit bourbon, vanilla, and orange, which gets some extra tartness from tangerines when they're in season. — Jay Barmann 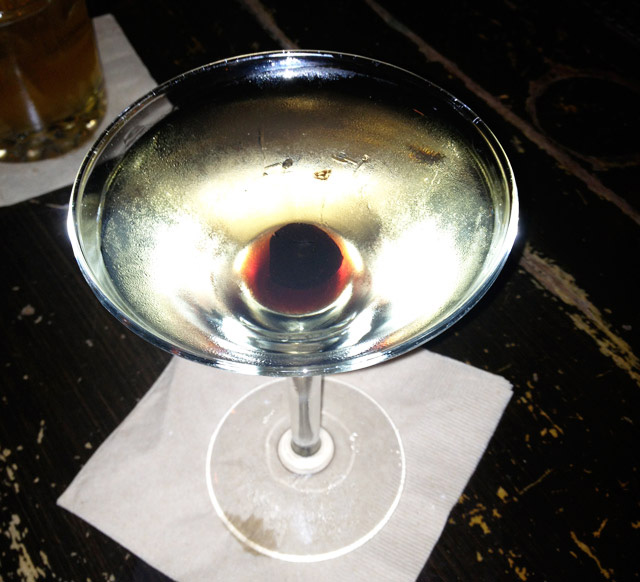 Bartenders love to love the ultra-piney Terroir gin by St. George Spirits in Alameda, but it's not the easiest stuff to mix with, especially in a spirit-driven cocktail (with no citrus). Enter the Laura Palmer, a shockingly smooth, martini-like combination of that gin with Lillet Blanc and Benedictine. It's got layers of flavor from menthol, to fruit-sweetness, to caramel and spice, and it's the bomb. — Jay Barmann

Blackbird is at 2124 Market Street (near Church)

THE CARMEN AMAYA AT CANTINA

This drink, on the menu since the early days of this Union Square bar back in 2007, is a great example of balance, combining a strong spirit (Rittenhouse rye) with the softening sweetness of Cointreau, lemon, muddled basil, and a touch of umami richness from sherry. It's refreshing and complex, and everything we want in a drink, really. — Jay Barmann

Cantina is at 580 Sutter Street (at Mason) 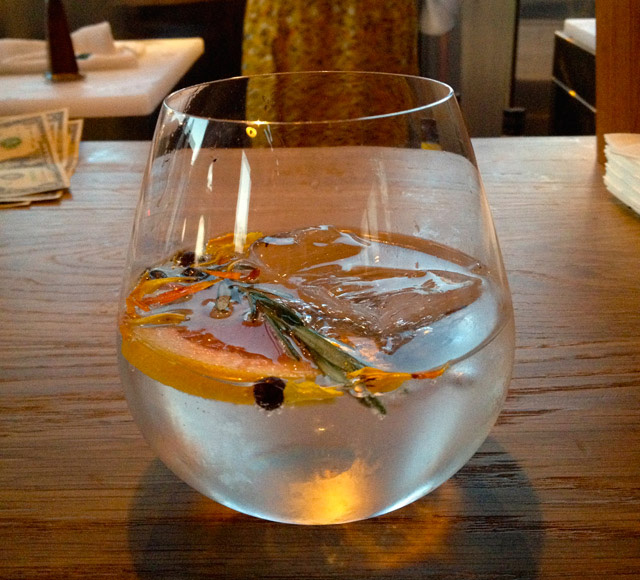 THE BARCA GINTONIC AT COQUETA

The Spanish-style gin and tonic menu is just one of several highlights at Michael Chiarello's new Spanish restaurant on Pier 5, and our favorite is this simple one using a more herbal, Mediterranean-style tonic, and garnished with juniper berries, herbs, and grapefruit. A perfect summer drink, really. — Jay Barmann

Coqueta is at Pier 5 on the Embarcadero

Not satisfied to stick to the familiar, the Bon Vivants (Josh Harris and Scott Baird) behind this six-month-old cocktail hot spot have already changed things up menu-wise, jettisoning the Pantone color wheel-themed menu for a whole new one, centered on old 45s. Yes, the menu comes in vintage record collection flip-books, and the drinks are all named after hit singles from the 50s to the 80s. Though we haven't had a chance to taste our way through yet, the gin-based Bad Girl (with St. George Botanivore, sherry, plum bitters, lime, and Sencha soda) sounds the most promising to us, and actually, these guys can kind of do no wrong. (See some photos and more descriptions here, courtesy of Thrillist.) — Jay Barmann

A 28-year-old mugging victim was relieved of his camera at gunpoint while shooting photos at the foot of San Francisco's most commonly photographed street last night. The man was at the bottom of

Applebee's has, at last, opened a restaurant in San Francisco.It's in the Wharf and you should go. Why? The stellar views of the bay, for starters. Speaking of starters, will the Ultimate