Watching Copper, you'd think that New York in the 1860s was all about brass-knuckle brawls in bordellos, opium-fueled sex romps, and chasing criminals with names like Buzzy Burke through seedy Five Points. But there was a lighter side—in an era where finding the next cat with eyebrows wasn’t so easy, P.T. Barnum was the public’s point of entry to the world of the bizarre and extraordinary.

Yes, the same man behind the famous circus actually first operated Barnum's American Museum, one of the most popular attractions for New Yorkers and tourists alike. Millions flocked to the museum partly because Barnum trumpeted things like conjoined twins Chang and Eng, the skeleton of a "real" mermaid and tiny Tom Thumb and partly because he hired the worst musicians to play music outside the museum, thinking it would drive people inside. 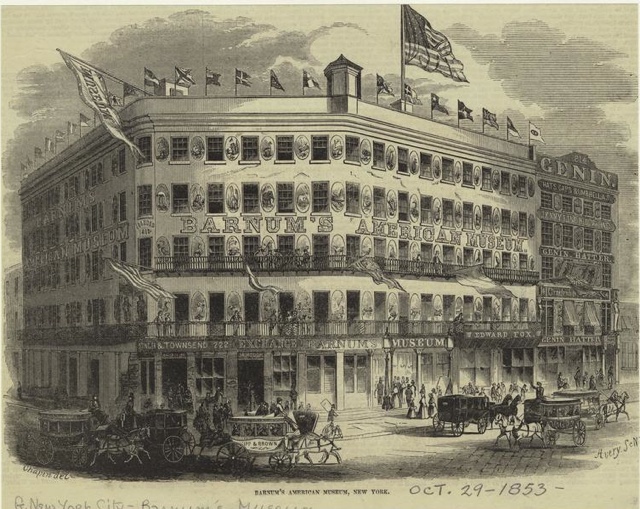 In honor of DOMA's defeat and the re-legalization of gay marriage in the state of California, Google gave their search bar a 3D rainbow makeover. (Granted, it's not on the main Google page,

In a 5-4 ruling, the Supreme Court of the United States ruled that the petitioners who brought the appeal on Prop 8 to the 9th Circuit had no standing to do so. Chief