A gas line in the SoMa district is presently leaking, causing Folsom and Howard Streets between 3rd and 5th Streets to be closed to traffic and multiple buildings to be evacuated as of 12:45 Sunday afternoon. Nothing has exploded yet but everyone should stay well away from the area.

The leak appears to be near the Zeum and the Yerba Buena complex at Folsom and 4th Streets, and PG&E is on the scene. SFist's Brock Keeling reports that the smell is strong throughout the neighborhood, and nearby buildings have been evacuated. A PG&E worker described it as a "six-inch gas main." The cause of the rupture is unclear.

The streets are "crowded with confused tourists," Keeling reports, and things are currently "a major shit show" down there. (See photo below.)

We'll update you as we learn more, and when the problem has been resolved.

Update: CBS is reporting that it was a construction crew that was to blame for rupturing the gas main just after noon. There's still no estimate as to when it might be capped.

Update 2: As of 3:45 p.m., PG&E had capped the gas line, and reopened most of the area, though the intersection at Folsom and 4th remains closed while they continue to do their work. 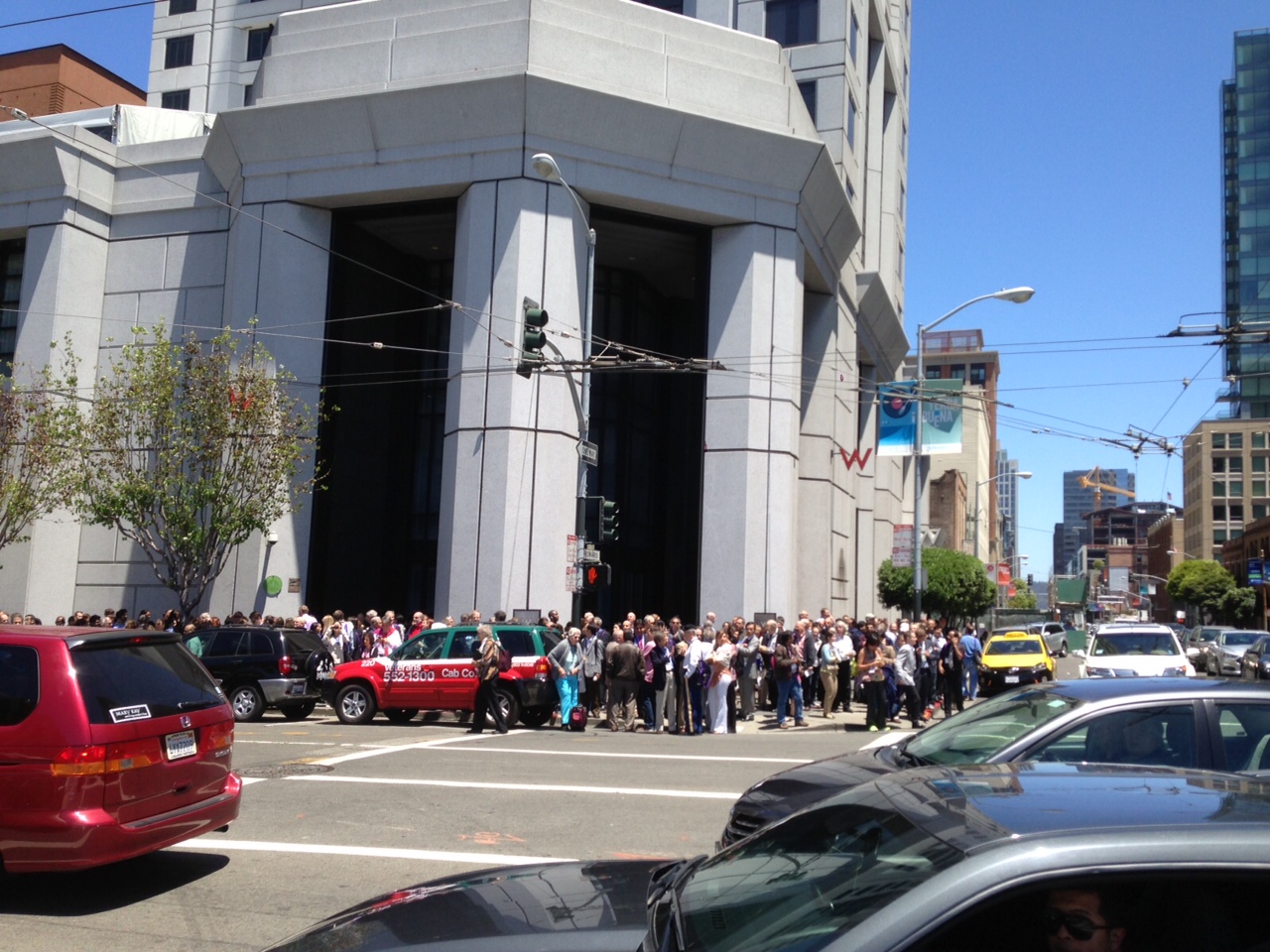 The scene outside the W Hotel just before 1 p.m. Sunday. Photo: Brock Keeling

The latest project to come out of the top secret Google X lab  the same folks who brought us Google Glass  just launched in New Zealand, and unlike their previous projects, it's totally

Late Saturday afternoon what appeared to be a stick of dynamite (or a firecracker) was thrown at the window of a business on the 300 block of Grant Street near Union Square, causing