While gang wars are not unusual in San Francisco, perhaps the longest running ones involve tongs, which are societies or organizations within a Chinese-American community. 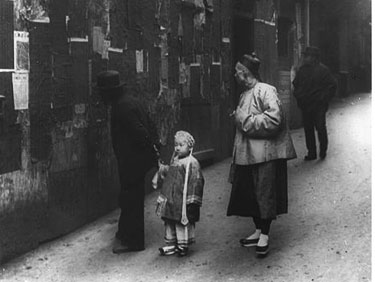 Tongs were associations formed within Chinese immigrant communities in the 1800s. They were meant to help the Chinese with "legal, monetary, and protective services," because they weren't able to use "white" services. Soon the tongs became criminal enterprises, trafficking in drugs, prostitution, gambling and even slavery.

In the 1880s, Fung Jing Toy, nicknamed "Little Pete," created his own tong and soon gained control over Chinatown, thanks to an alliance with "Blind" Buckley, the Democrat who controlled City Hall. But after a decade in power, rival tongs banded together and offered the extravagant amount of $3,000 for Little Pete's death. On January 23, 1897, two men went into the barbershop in Little Pete's building. The tong boss was sitting in the barbershop chair, with a towel over his face, and was shot five times.

—
The Gangs Of San Francisco, The Tongs
Share this