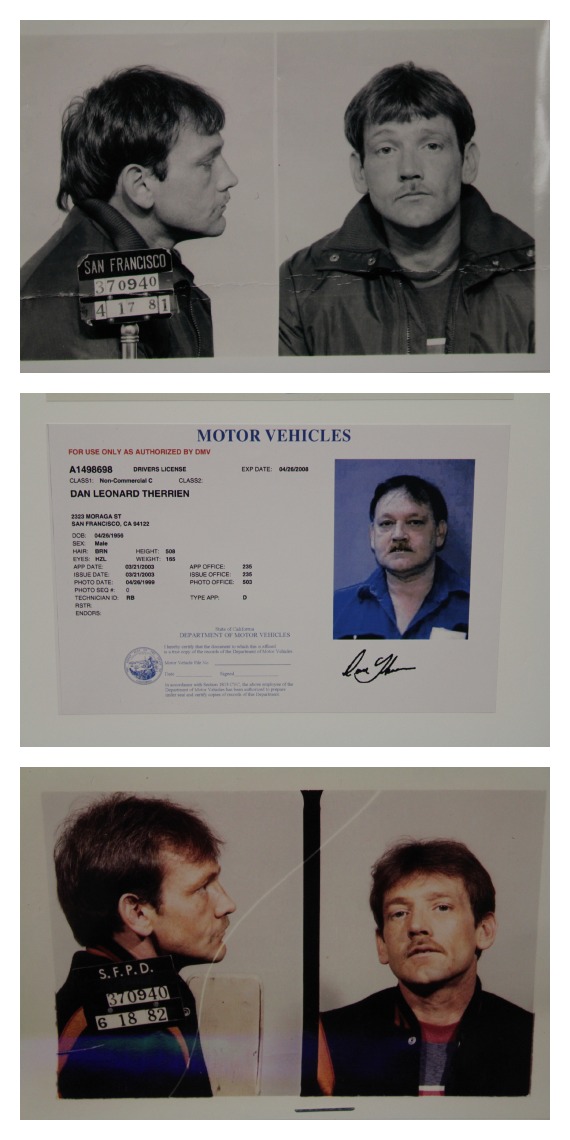 Therrien lived on the corner of Page and Masonic near where Kevin was last seen on waiting for the bus at Oak and Masonic after leaving basketball practice at St. Agnes School. Therrien matches the description of a 6-foot man with a large black dog who was seen talking to Collins before the boy disappeared. Therrien also owned a black dog, and was questioned by police shortly after the disappearance and his home was searched, but witnesses could not identify him in a photo lineup.

Identifying Therrien's multiple aliases has led police back to Therrien as a prime suspect. They recently discovered that he was arrested in Canada in 1973 for kidnapping and sexually assaulting two 13-year-old boys under the name Raymond William Stewart, but was released on and fled to the U.S. Therrien was arrested in 1981 for lewd acts on a 7-year-old boy near Fisherman's Wharf but used the names Wayne Jackson and Kelly Sean Stewart. He was convicted for the crime and sentenced to six months in jail and three years' probation.

Last week the FBI, SFPD and Sheriff's Department served a search warrant at the same Masonic Ave. home where Therrien lived in 1984 discovered skeletal remains buried in the backyard. However, it was concluded that the bones were those of a dog.

Police still believe that they're on the right track, and ask that anyone with any information come forward: