In his last post on his Tumblr blog, in response to a reader who said, "am about to start a roid cycle. any suggestion for a gear? i want to be as huge as you," Rhodes responded:

3000 mg of Test Enanthate a week, 2500 mg of Nandrolone Decaonate and 300 mg of Trenbolone Acetate. With 5iu of Human Growth Hormone everyday.

I’m waiting until i pop. Or my liver to fails which ever comes first.

So, that may be a clue as to what did him in. 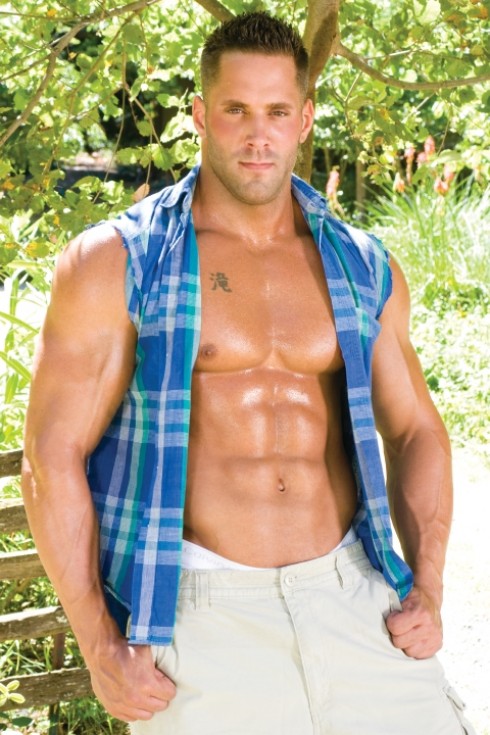 Most interestingly, he was always glad to take criticism from "fans" and have public dialogues about his faults in the comments on his blogs. He tried to make people understand his dark sense of humor, his nihilism, and how the persona of 'Erik Rhodes' contrasted with his actual self. All of it felt at times like an art project, a critique of gay male norms and body image issues, in which he, himself, was the medium and the subject. In response to one such critic on his current blog, he wrote:

I think regardless of how strong minded you are, you’ll always hear those people in the back of your head its how you react that should be your personal concern if someone insults you and you choose to throw yourself off a bridge, well, then i think you’ve taken it to far, but if somewhere in the mix you learn a life lesson and it somehow betters you then maybe you should listen listen and learn

He also had some moving words about life after death, directed at his recent ex: "All I know is that if life ends like the series finale of Six Feet Under, I will see him and our two dogs the last second before I die. If there is a God, he knows, he owes me at least that. And if he’s reading this now—and since I love to steal lines from my favorite movies—'I will find you again, in a world where we are both cats.'"

The 36th annual Frameline Film Festival, San Francisco international LGBT film festival of note, opens tonight. But the big news is that one of the most important queer films we've seen a very,

Two people were murdered last night in a shooting that took place on Silver Avenue and Elmira street. A third person was injured, but survived the incident which occurred just before 10:30