Around 1:30 a.m. last night, SFPD moved in to clear out the "bridge camp" that popped up over the weekend to span the tent-free blocks between Justin Herman Plaza and the Federal Reserve on Market Street. According to reports from Occupiers, relayed by Bay City News, police rousted the Occupiers from in front of a Bank of America branch and removed about fifteen tents that were blocking the sidewalk.

Meanwhile, back on the plaza: SFPD told Occupiers last night that they would not be moving in on the Justin Herman or Federal Building camps, which are still standing for the time being.

Update: As local photographer and man about town Steve Rhodes points out SFPD have replaced the tents with barricades, which actually take up more sidewalk space than the tents did: 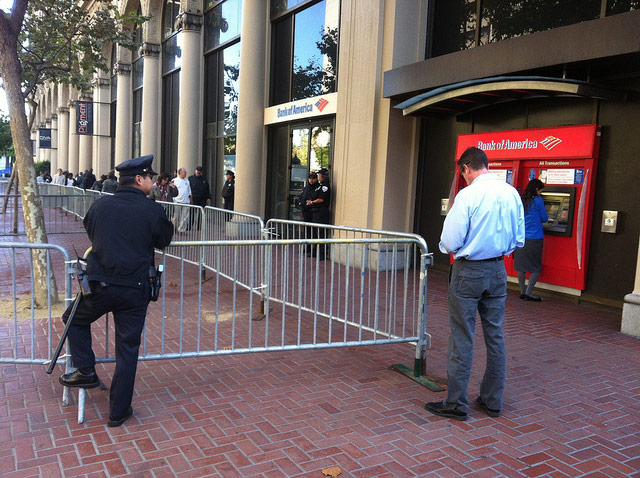 The always astonishing Everything Is Terrible occasionally takes a forgotten flick from the VHS bin and condenses it to a three-minute YouTube version. Today's victim: Dream Trap (1990), starring the lovely Kristy Swanson