Eric Mar might be saving birds from those tall shiny glass-and-steel deathtraps we humans have erected, but not even bird-safe building legislation can keep us from wanting to slam our heads against the wall once a meeting breaks the 3-hour barrier. On the bright side, yesterday's meeting featured enough supe-to-supe cross chatter to keep us entertained. Also: what's going on here, Sean Elsbernd's haircut? 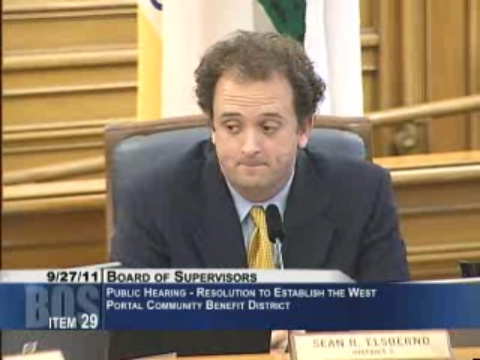 It's like he was going for a frazzled Josh Lyman look and ended up approaching Doc Brown territory. Still, we have to say we like the subtle eccentricity it adds to the D7 supe's character. 0.5 to Sean Elsbernd. Now we'd like to see him add some Sean Sideburns and a Sean Elsbeard so things can really get weird.

Moving on to actual legislation, the aforementioned bird-safe building ordinance passed on the final vote and the lives of hundreds of thousands of hapless birds were spared in the process. (Assuming they don't get lost in Elsbernd's mane.) Meanwhile, in human lifesaving news, the San Francisco Fire Department got a $100,000 grant to purchase seven new industrial washing machines. So the next time that studly fireman you've got your eye on smells like fresh spring rain rather than soot and ash, you can thank FEMA and their federal dollars. +1 to FEMA.

At 17th and Folsom, the dancers at ODC who need their parking are probably not to happy that the Board passed a measure to turn the lot in to a park. (A nice park, even. Like with playground equipment and everything.) Item sponsor Jane Kim explained that, unlike the rest of the city, the Mission actually has a crapload of families with kids. So, the space will actually get some use, we think was her point there. So, a long-awaited +1 to Jane Kim for fending off the dancers-turned-NIMBYs and navigating the thicket of government agencies required to transform parking lots to parkland. It's like a parklet writ large. Feels good.

Then Scott Wiener had to go and ruin it by pulling a Ross Mirkarimi and injecting the discussion of 17th and Folsom park with far too many words about his middle income housing agenda. We get it! The city needs to secure more middle income housing - but the land in question is now with the Mayor's Office of Housing. So we suggest ou take that up with your boy Ed.

Exciting news on the locally sourced reality TV front: Mark Farrell's extension of the film rebate program to include reality TV productions passed ont he first reading. It might be too late for The Bachelor crew to get in on those kickbacks, but we're looking forward to many successful seasons of The Real Housewives of San Francisco and hey, while we're at it can we get a season of the Jersey Shorians living in a swanky North Beach abode? We'll hold you personally accountable if it doesn't happen, Supervisor Farrell. Put them up at your place in the Marina if you have to. +1 to Mark Farrell.

Supervisor Avalos then seized the opportunity to attempt a joke about the Mayor's race being "like a game of Survivor." Which: eyeroll. The worst character on any reality TV show is always the one who acts like he's on a reality TV show. -1 to John Avalos because you don't want to be the Scott of this Kardashian Krew.

Moving on! Supervisor Mirkarimi is still taking point on this prisoner re-alignment program that will ease 700 released prisoners back in to daily San Francisco life. Everybody's behind him on it and the Postrelease Community Supervision Program passed without objection on the first reading. Speaking of behinds: Ross did mention that while we're "hoping that everyone goes according to plan on the front end, we must be prepared for what could go wrong on the back." So, +1 for Ross Mirkarimi for watching our butts around former prisoners. 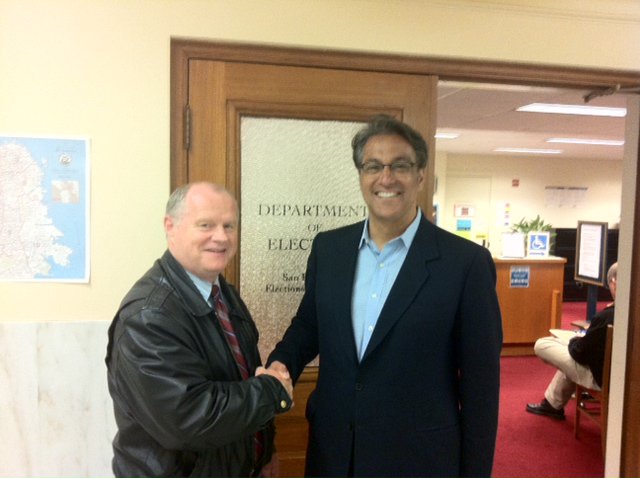 During introductions, we got a few new and interesting things to look forward to:

Eric Mar, who eliminated the only fun part of going to McDonald's, is expanding his aggressive campaign to ensure boredom amongst the youth of San Francisco. His latest bit of legislation would prevent grocery stores from selling booze at self-checkout lanes because they teens have figured out how to game the system, thus giving them access to loads of free booze. Apparently teens are even sharing these handy tips on the Internet!

But wait a second - where are all these grocery stores that don't care about Loss Prevention in the beer and liquor sections? -1 to Eric Mar because booze in the self-checkout line is absolutely necessary for us grownups who
don't like the prying eyes of cashiers judging us for buying a $6 Cabernet, doublestuf Oreos and a pack of condoms. Take away our self-checkout booze and before you know it we'll be forced to buy our hooch from government-controlled ABC Package Stores.

President Chiu introduced updated ADA regulations which will prevent lawsuits like the one that shuttered Gallery of Jewels in Noe Valley last year.

Supes Cohen, Kim and Chiu also banded together to support the Central Subway project through a nonbinding resolution. As we've said before, the project is what it is and a nonbinding resolution won't change that (Or, like...anything), but we did get a wonky soundbite from President Chiu out of it: "Great cities regret not building subways." Yeah, we're pretty sure that was meant to be inspiring?

Finally, John Avalos recognized 11 fine muralists for their public works of art +1 for brightening up the city's drab walls, but -1 for the blatant hipster pandering. That'll get you nowhere, everybody knows those kids don't vote.

And with that, your moment of Kim: 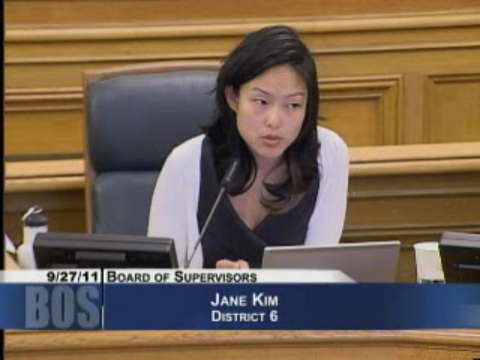 —
Board of Supervisors Weekly Power Rankings for Wednesday, September 28, 2011
Share this