SF Bay Guardian:
Worth it:

Funny: We're still looking for something to make us chuckle. If you spot it, do let us know in the comments, won't you? 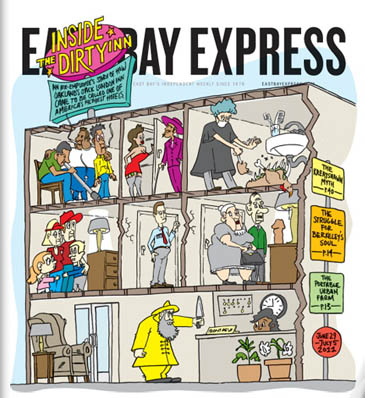 East Bay Express:
Worth it:

Don't bother: The Struggle for Berkeley's Soul - after reading Dan Savage, the header photo of some very pale people holding signs in Berkeley had us going limp. It's about Catholics or something, so it could still be of interest if that's your flavor.

After a woman "amazingly" survived being struck by a BART train at Glen Park this morning, the station now reopened. What happened, exactly, you ask? Well: "A train operator pulling into the station