This week, our friends at the Tenderloin Geographic Society carry on our recent interest in San Francisco's mayoral lineage with an annotated tour of Union Square's monument to the former occupants of City Hall.

Let us consider Union Square: it rings with a familiarity appealing to tourists, as most major cities possess an identically named allocation. It is often called the "ceremonial heart" of the city, leading us to believe that Dolores Park must be its groin (if not its liver). But whereas San Francisco prefers its open spaces grassy and lazy, Union Square distinguishes itself as a rather hard place, of hurried exasperation, good Italian pastries, "art shows" and those flash mobs one sees on commercials.

In its most recent incarnation, it is a sufficient place to linger, although we seldom do so unless we've just been to the dentist at 450 Sutter and must then ruin our teeth on one of those Italian pastries. But to the point: few notice the details of the place. We've already mentioned the Square's big pointy monument in a past column, and if you've missed some minutiae, then it's up to us to illuminate the way.

On the Square's Northeastern corner--that's the Levi's Store-side to the directionally challenged--a kind of a stone Wiki can be found listing the Alcaldes and Mayors of San Francisco. We've been thinking a lot about the office of mayor, what with the signs and all, and consider it high time to give a little historical perspective. We'd recalled there had been a mayor who was more temporal than even our present one, a fellow by the name of Boxton.

Masters as we are of the backward glance, let's look to a grave time in our city's history, when, having survived the Earthquake and Great Fire of 'ought-six, men of high office were taken down by a graft scandal that makes today's deals look like the trading of baseball cards.

Eugene Schmitz was a musician and president of the Musician's Union before he was groomed for the mayor's office by the Union Labor Party leader Abraham "Boss" Ruef. As Gray Brechin points out in Imperial San Francisco, "At first alarmed that labor had taken over the municipal government, the city's business leaders soon found that it was for sale to the highest bidder." 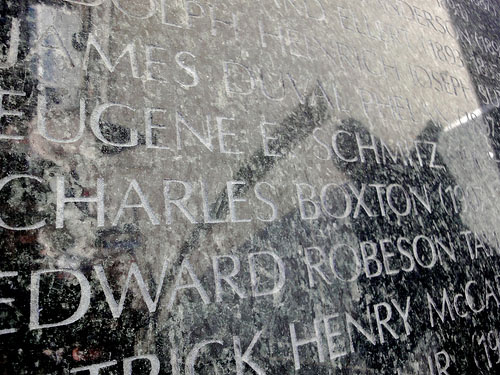 After cataclysm leveled the city, there was even more money to be made, infrastructurally speaking. The scene was ripe for a chance to sell newspapers and right wrongs (and for others, to get the Labor Party out of office).

Enter Fremont Older, anti-corruption crusader and editor of the San Francisco Bulletin. Aided by Rudolph Spreckels and former mayor James Phelan, who were in turn backed by President Roosevelt, war was declared on graft. And all went well until it was discovered how deep the scams went into respectable society. Older and his wife were publicly shunned, and the editor was forced to resign from the Bohemian Club. Spreckels was called "a traitor to his class." The Chronicle's Michael de Young was quoted as saying, "The moral issue be damned. What we want is prosperity."

So as to not become a tedious history lesson, we'll save you the gory details, minus the fact that Ruef ended up in San Quentin and that Schmitz was acquitted when various witnesses "disappeared."

And so that leaves Supervisor Charles Boxton, our mayor from July 7th to July 16th, 1907. Although chosen to replace the discredited Mayor, it was revealed that he, too, was part of the machine and had accepted bribes. He quit the mayor's office after a week and returned to his former profession, dentistry. 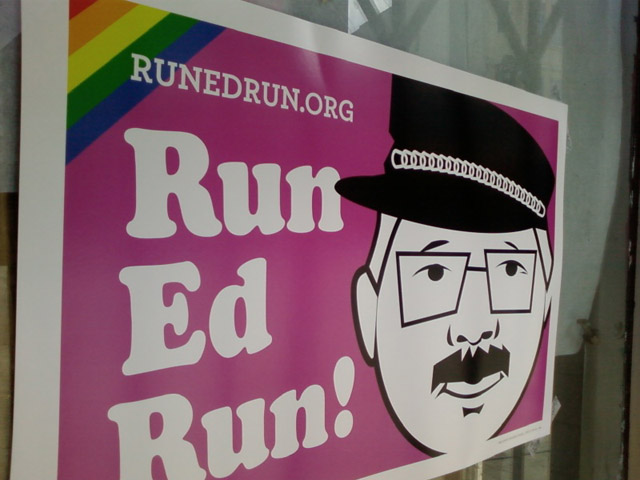 The Tenderloin Geographic Society is San Francisco's home for colloquial cartography and citizenship services since 2006. Stay tuned for the Tenderloin Report. If you've missed any episodes, you can always catch up here.

There are countless stories to tell in San Francisco, but sometimes a picture says so much more that mere words. Each Tuesday or Wednesday, we present to you 7 Reasons. (Our sister site

In San Mateo, where suburban shopping mall culture still reigns, a local Muslim woman is suing her former employers at Abercrombie & Fitch after she was fired for refusing to remove her headscarf