After taking a couple weeks off to go on Pigeon Safari, the Tenderloin Geographic Society returns to grace this space with their weekly wit and wisdom. This week's episode: getting crafty with the image of mustachioed mayor pro tem, Mr. Ed Lee. 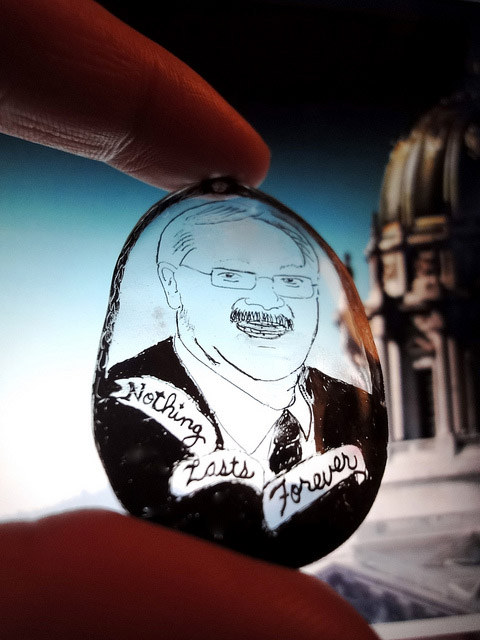 By: The Tenderloin Geographic Society:

In this fickle world, the only constant is the merciless manner in which nothing remains fixed long enough to grasp it. This goes for friends (they move to other coasts), apartments (they go to those with better jobs), mayors (they never bother to show up, then move to Sacramento).

We knew that Mayor Ed Lee was temporary. We've heard people utter it like an admonition, "Temporary Mayor Ed Lee" as though they're not letting themselves grow too attached. [Ed. Note: Guilty!]

But we're human, and unless we're practicing Buddhists, are prone to attachment. And so, let's remember to remember. Since it's summer and you're really not into work right now, how about a little arts and crafts project?

If you can obtain both an inkjet printer and some inkjet printer shrinkable paper (the latter available at any good art supply store), simply use this image to create your own Mayoral keepsake. For those handy with a Sharpie, Ed can also be traced directly onto clear shrink film.

Remember to punch a hole through the top before baking the Mayor in about a 300°F oven, otherwise you'll have a nice wallet talisman to keep next to your Clipper Card. If he got rid of Nat Ford, just think what his two-dimensional presence can do to ease your day-to-day commute. 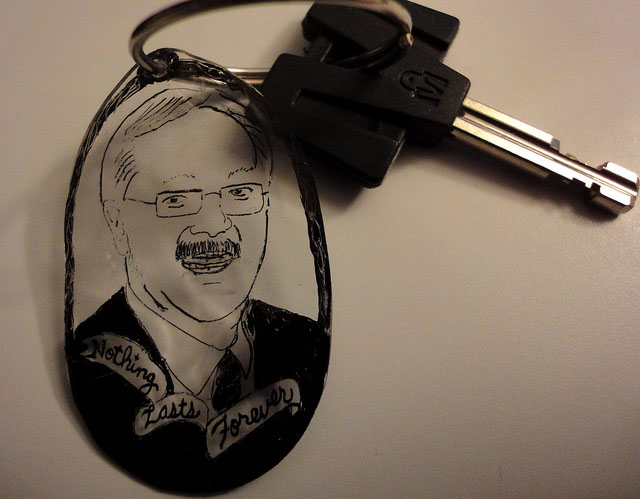 Of course, there's always the chance he could change the locks: 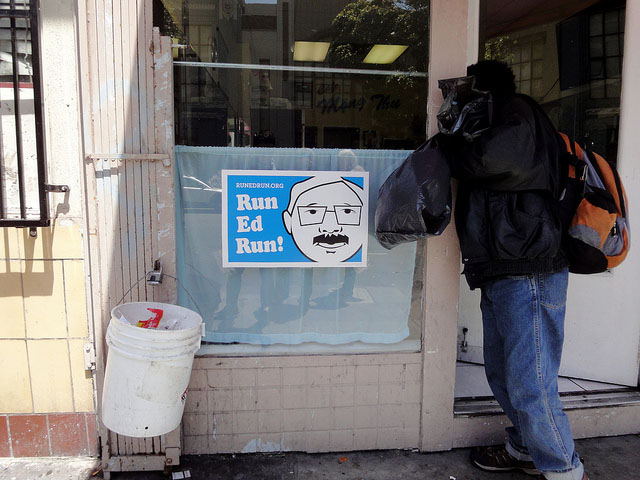 The Tenderloin Geographic Society is San Francisco's home for colloquial cartography and crafty citizenship services since 2006. If you've missed any of their weekly contributions to SFist, you can always catch up here. And don't forget to stay tuned for the Tenderloin Report.

Marina / Homicide: A body was found floating in the yacht harbor near Buchanan Street this morning around 6:30 a.m. The body is male, and police think it's likely connected to a