The nicer the weather gets, the busier we get across the Ist-A-Verse. But we like being busy. Here's a peek at what we've been up to since last week!

Chicagoist had an interview with Audrey Niffenegger, whose popular book, The Time Traveler's Wife, was based in their fine city. They also had a heated discussion about Rush Limbaugh's controversial Barack Obama parody, talked about whether Uncle Julio's Hacienda is a good place to get Mexican when you've got kids in tow, and looked forward to Looptopia, an all-night party in The Loop.

DCist had a busy time keeping up with all the latest local controversies. First they had a pair of ridiculous lawsuits to follow: one between two rival kickball leagues, and the other, of course, being the infamous suit of a judge seeking $65 million for misplaced pants. Later, they asked their opinionated readers what should be done with a dormant Smithsonian building and encouraged UDC students to give their commencement speaker a hard time. Finally, they spent a little time complaining about how D.C. needs a better concert hall.

Seattlest checks in on organic beer and a soccer rivalry this week. The two go well together, by the way. There's also an interesting case of the blind leading the freeloaders on a metro bus, and in an uneven trade, Seattle lost an icon, but gained an Idol this week.

One thing hasn't changed for Bostonist in the last week: they still hate on the Yankees. But they read up as the state's highest court upheld a libel ruling against the local rag and they decided the former governor and Al Sharpton might best settle their beef in a WWE hair vs. hair match. And the world watched Boston this week as things went Pop at Symphony Hall. Now that's class.

SFist says: GO GOLDEN STATE! At least it's getting a little bit easier to drive to GSW games again, now that they've fixed the bottom half of our highway collapse. In other news, Eric and Danielle won the Amazing Race: All-Stars in our very own Golden Gate Park, a shipwreck from the 1860s appeared on the beach, and a cutie-pie little girl extolled our environmentally-friendly City Carshare program.

Phillyist got a little nostalgic, got a nearly-private performance from Abra Moore, was insulted on , and ate some more food they shouldn't've. They kindly request that you clean up after yourself when using public restrooms, and don't dump human hearts in their rivers—it keeps them from being able to enjoy nature.

Just a week after the May Melee, LAist had to deal with a massive 800-acre fire that raged into the night. So they interviewed a correctional officer who works in a jail similar to where Paris Hilton will do time, snickered when the Sheriffs had their bomb stolen, rocked out for a good cause with the Red Hot Chili Peppers and Eddie Vedder, and then ranted thru a photo essay about fake boobs in LA. 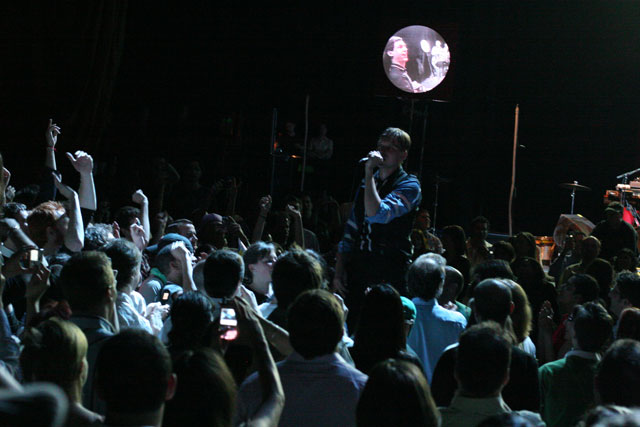 The week started off with a rocket in New York, as Gothamist pondered the return of Roger Clemens to the Yankees. Its readers also debated whether Segway riding was worthy of admiration, mockery, or both. The Arcade Fire caused a mini riot when it invited fans on stage at Radio City Music Hall while a politician suggested that strippers get licenses. And the eternal question of birthday dinner bill splitting was examined, in all its bank breaking glory.

Curious about what's going on across the rest of the Ist-A-Verse? Check out this week's favorites on Austinist, Houstonist, Sampaist, Shanghaiist, and Torontoist.